Finding an open slot in costume designer Catherine Zuber’s schedule is tricky. The seven-time winner of the Tony Award for Best Costume is on a roll after claiming two recent awards, one for My Fair Lady in 2018, and one for The King and I in 2015.

Central Indiana audiences can glimpse Zuber’s talent March 5-10 when the national tour of The King and I is on stage at Clowes Memorial Hall. The touring show is based on Zuber’s work as part of the creative team that won four Tony Awards for the 2015 Lincoln Center production, including Best Revival of a Musical and Zuber’s win for Best Costume.

No other Broadway costume designer has been more acclaimed by the Tony than Zuber, who earned her first nomination in 1999. Zuber’s busyness reflects one of life’s maxims: success breeds more success. She is currently working on a gala performance of Camelot; Porgy and Bess, which opens the Metropolitan Opera season in September; a production of Socrates, a new play at New York’s Public Theater; and Moulin Rouge, opening in July at the Al Hirschfield Theatre on Broadway. “There are always new things coming along and things that need attention from the past, so it’s really sort of a mix of a lot of different things,” Zuber says.

Zuber’s career in costume design began at the Yale School of Drama. “I had a really great education at Yale, and before that, I had a lot of interests—photography, art history, the history of costume, theatre and film,” she says. “It was really wonderful to discover the specialized field of costume design because it pulled together everything I love to do.”

One of the most rewarding parts of the job is witnessing how her work serves the cast. “It’s so satisfying when

we’re having a fitting with an actor, and they’re in the costume, and they look in the mirror and say, ‘Oh, this is so helpful for me. This is really helping me become the character,’” Zuber says.

Even when costuming a show she has done many times before, Zuber says each production is a new experience. Changes in the cast, the design team, and the director add freshness to classics like The King and I, altering the point of view of a piece and the way audiences relate to it.

“I also think the time in which it’s done can make a piece resonate in very different ways,” she says. “With The King and I, some of the male chauvinist scenes before the King’s awakening in Act II have a lot of resonance in today’s political climate. When it was first done in the 50s, maybe people thought that was funny. Audiences may still find it amusing, but they recognize that it’s not the best behavior.”

Zuber says a good costume designer is a highly-collaborative person who combines three realms of knowledge: art, sociology and communication. “I must design the character in collaboration with the director to make sure it represents how he or she sees the characters,” she says. Good costuming is about understanding a character’s point of view, how they see themselves and who they want to be.

While she prefers sketching on paper to quickly convey ideas, Zuber says many costume designers are just as effective with mood boards and electronic tools that help them create the right clothes for the right character. “You don’t want a director to feel pressured because it looks like you put so much work into an idea,” Zuber says. “It should look like it took five minutes to sketch.”

In the 2015 revival of The King and I, Zuber says director Bartlett Sher didn’t want too much glitz. Nevertheless, the world in which the King lived was visually exciting and opulent, and the costumes were designed to reflect that heightened quality.

One of the production’s biggest costuming spectacles is Zuber’s choice of fabric for Anna’s iconic ball gown, a violet confection made of changeable Duchess satin. “The wonderful thing about it is that it has one color going in the weft and another color in the warp, so that it really picks up the light in such a beautiful way,” Zuber says.

In preparation for The King and I, Zuber and her creative team did a lot of research at the New York Public Library, drawing upon the work of John Thompson, a photographer whose images capture the region, the King of Siam and the royal family during the  mid-1860s. “They did wear a lot of metallic and gold and bright colors, so I kept to a jewel-tone palette with lots of gold, all toned and painted,” she says. “We did a lot of things to make it harmonious, and not too garish, following the director’s wishes.” 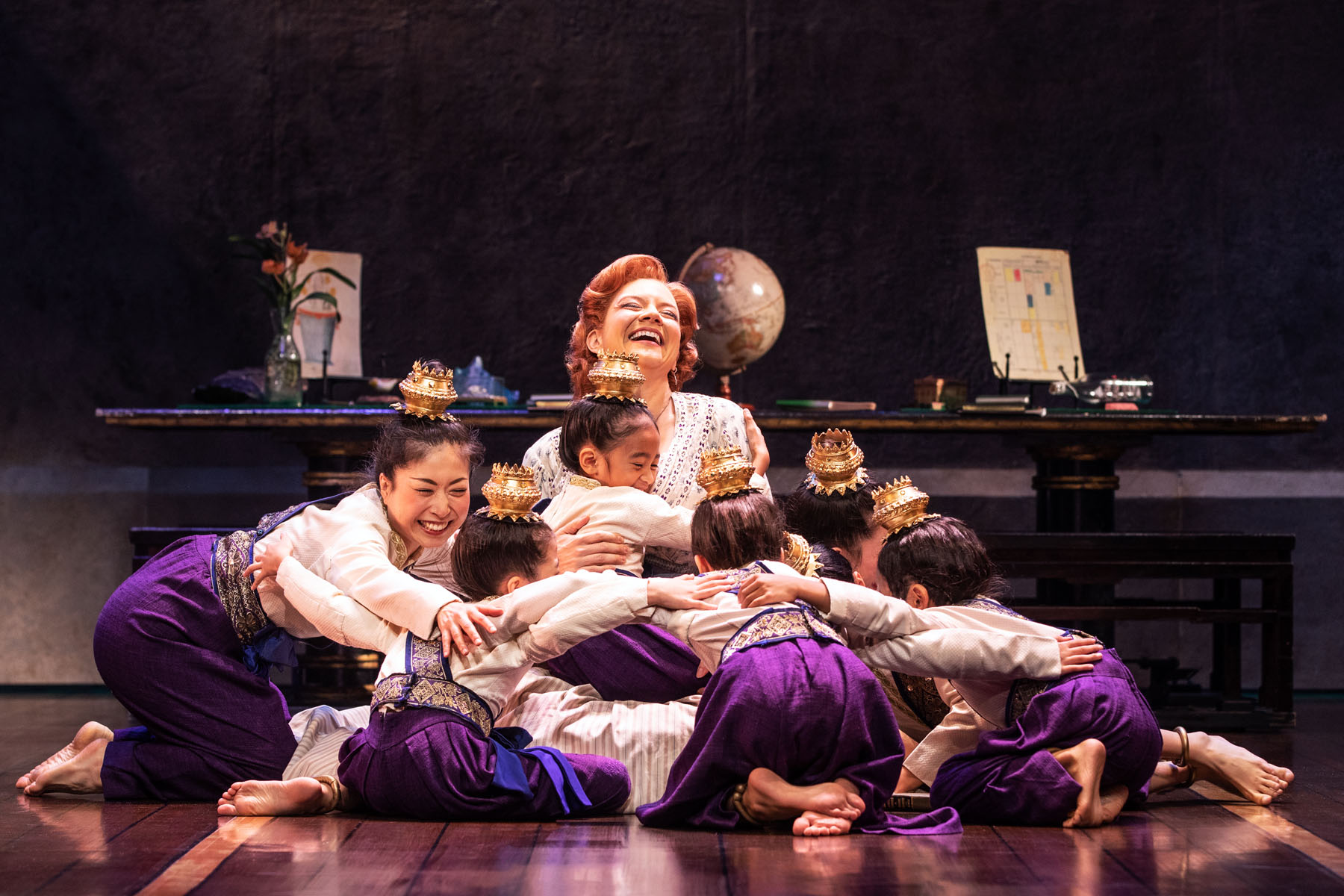 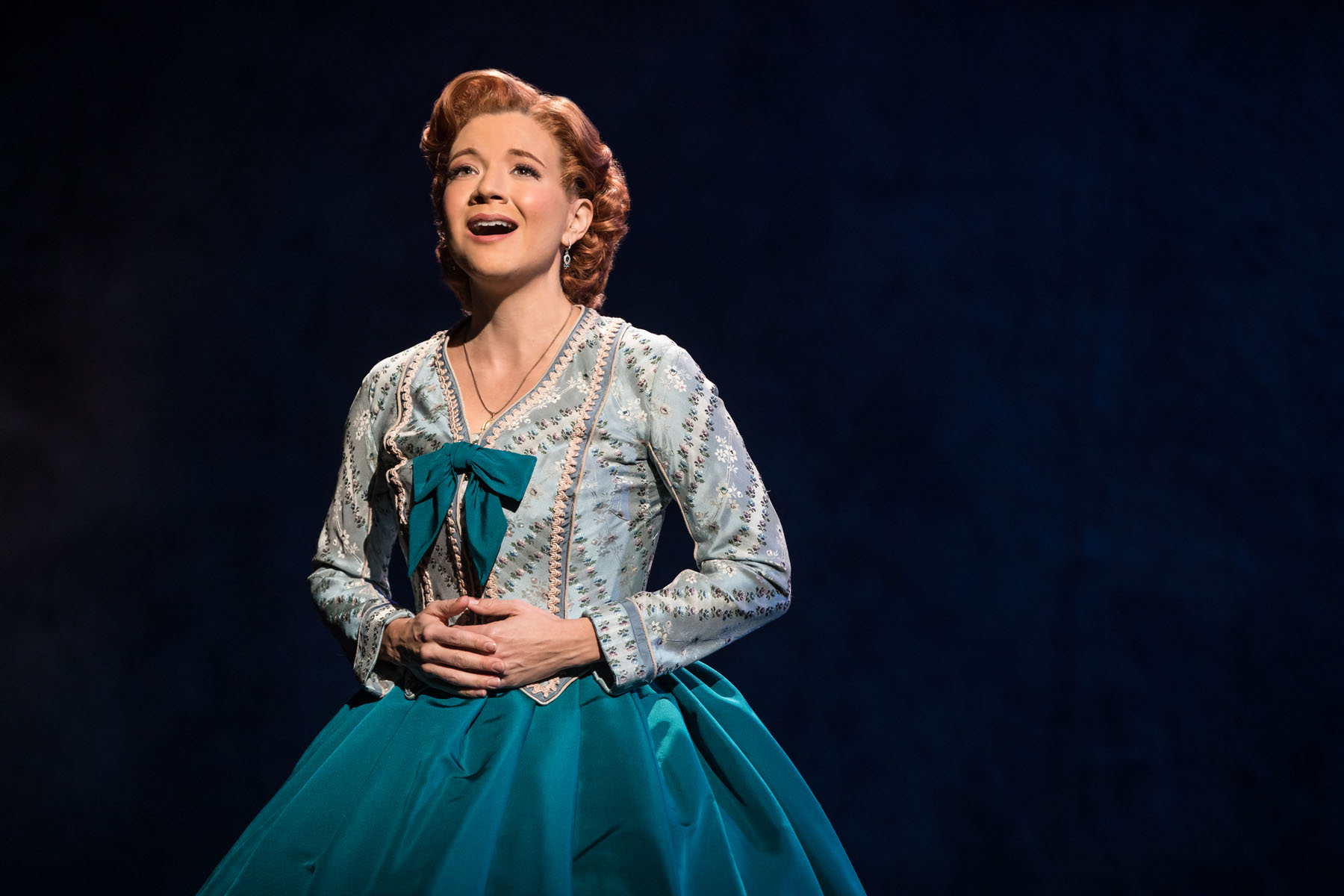 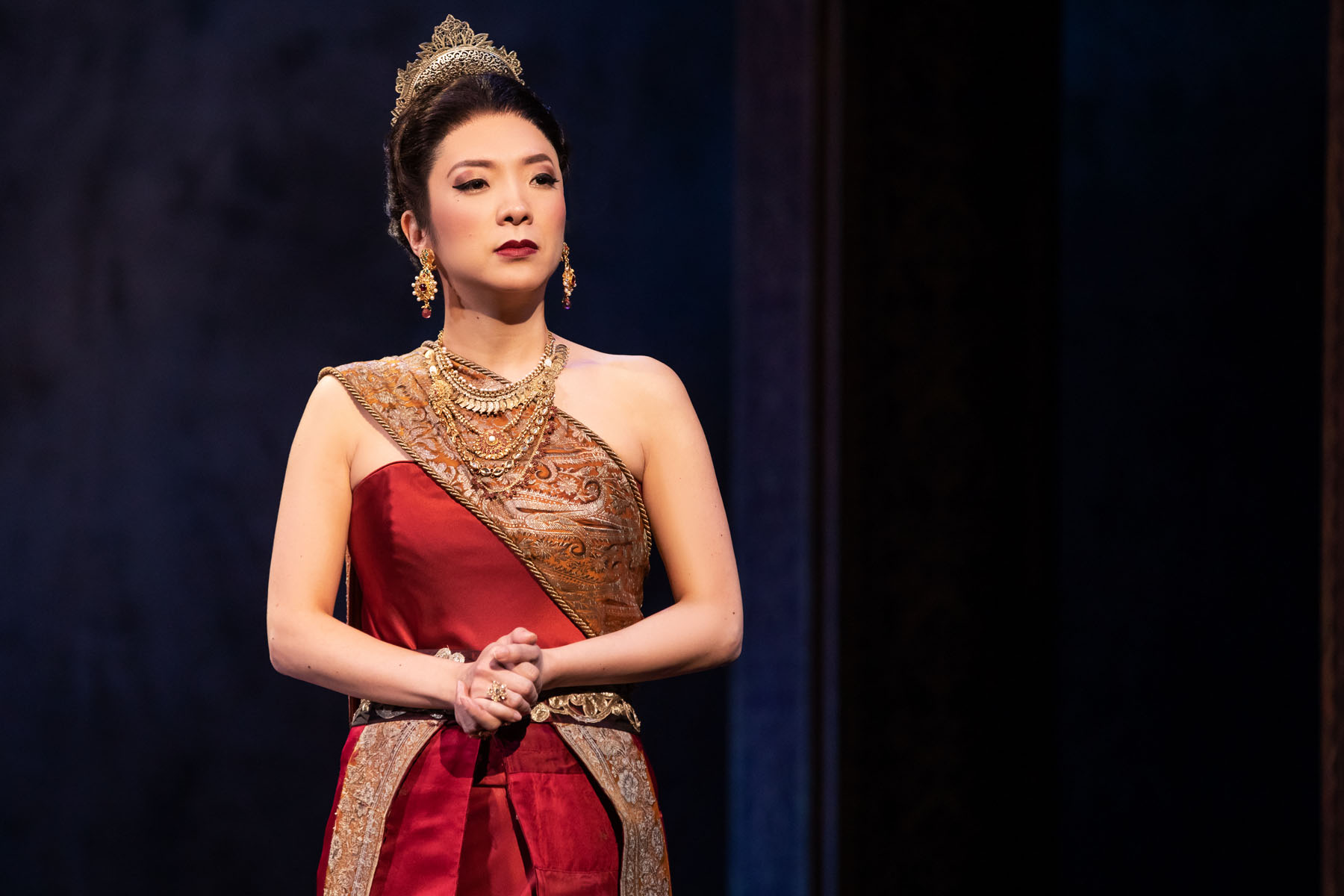 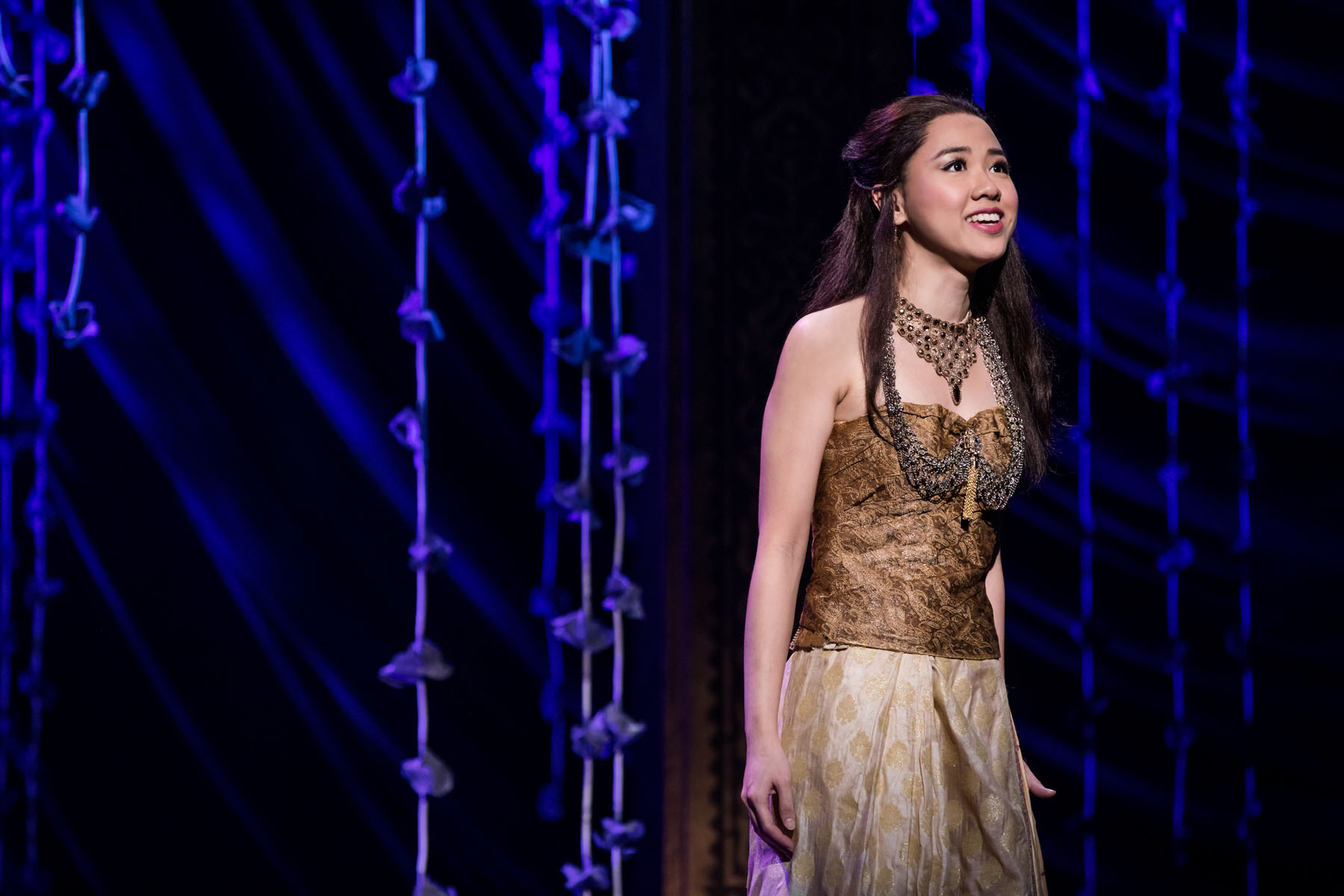 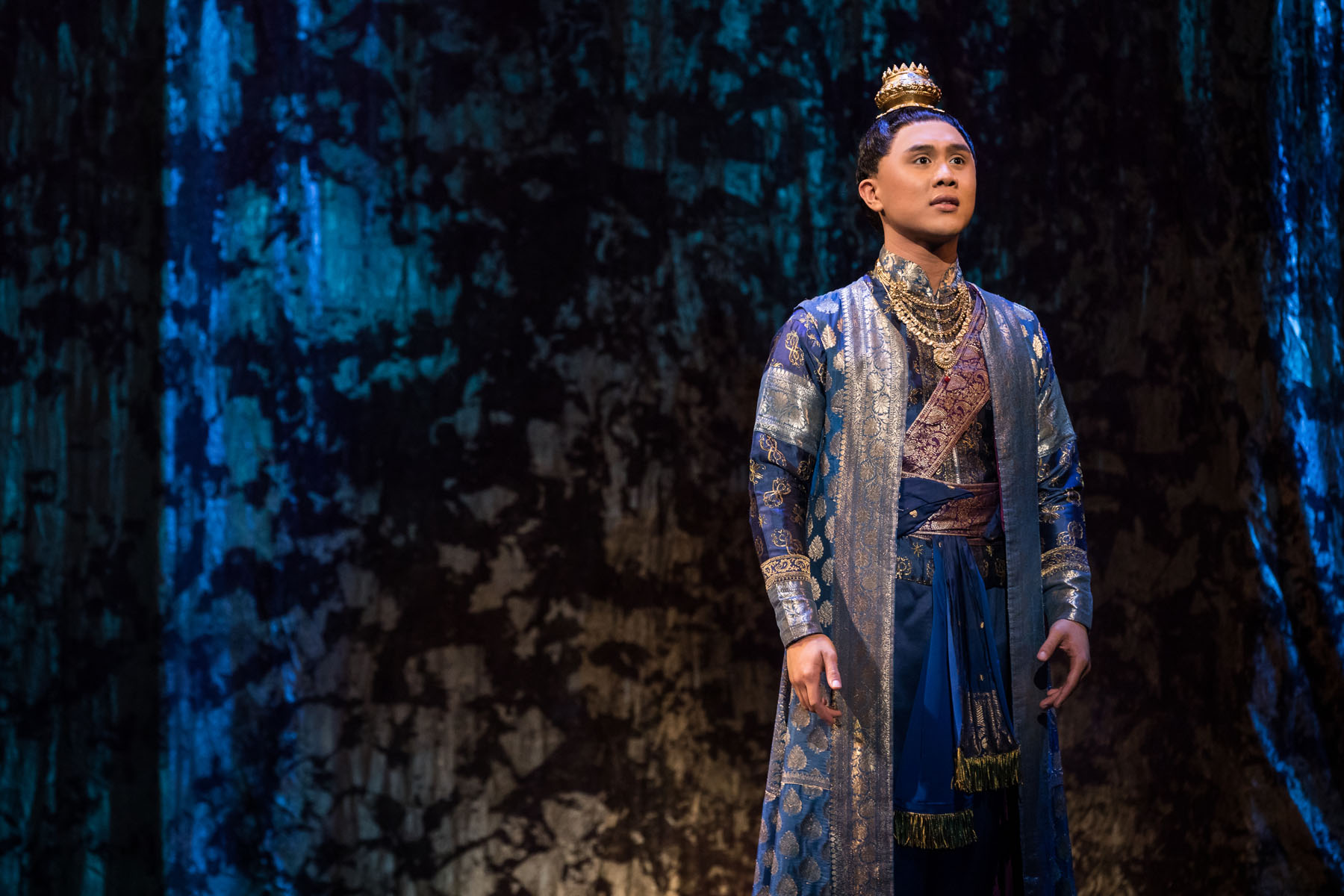 Tickets for The King and I can be purchased online at BroadwayinIndianapolis.com.

Tags from the story
Catherine Zuber, Clowes Memorial Hall, costume design, The King and I

Written By
Crystal Hammon
More from Crystal Hammon
When India Hicks’ feet hit the floor each morning, she moves with...
Read More