If we are going to toss all the rules about appropriate dressing out the window in favor of comfort next Spring then Stella McCartney’s collection is right on target. We’ve seen this trend from the very beginning in New York and as we hit the penultimate day in Paris the decision seems largely made for us that good taste is largely passé and no one cares what anyone else wears as long as they are comfortable.

In some sense, this strong shift toward the casual is very democratic. When everyone is simply picking up clothes off the floor and tossing them on in whatever order and combination they find them it doesn’t matter as much whether everything one wears has a luxury label or not.  Casual’s don’t-give-a-care attitude removes the stigma that can come with paying attention to patterns and colors and making sure fabrics match.

McCartney plays into that casual vibe right off the bat with a chintz print on an athleisure bodysuit with a sexy deep V neckline. Sure, you could throw a skirt on over that and it is suitable for lunch, or one can jog down to the coffee shop for a latte. Who cares? Does anyone even have the right to care?

If one isn’t into the whole athletic look, which one probably isn’t after the sixth or seventh beer, there are plenty of jumpers that run loose enough to hide the ever-expanding waistline. McCartney nicely makes them in tie-dyed blue and white so they look retro-ish and cool. That also helps distract from coffee stains or the faint aroma of pepperoni after someone leaves the pizza box on top of the basket of clean clothes.

Even the suiting in this collection is casual, loose fitting to the point of making sizing almost irrelevant, and large cargo pockets on the outside of trousers because everyone knows you’re not really heading to a job interview this afternoon. For those occasions when someone absolutely insists that one must wear a dress, McCartney plays to your fantasies with a collection for of dresses for figure skaters, the perfect reminder that you don’t have the discipline to get up and practice at 4:00 AM every morning.

Then, there’s that one look, #26 I think, with a loose, long-sleeved tunic gathered at the waist over baggy khaki pants with sunglasses. On paper, sure, it’s a reasonable pairing. Put it on an Asian model, though, and the implied reference to Yoko was … awkward and probably not something one should mention in polite company. Fortunately, Paul wasn’t there so all’s good. [That whole comment is a Beatle’s reference for those of you still wondering what a Yoko is. She broke up the band.]

Here, let me distract you with some samples from the show. 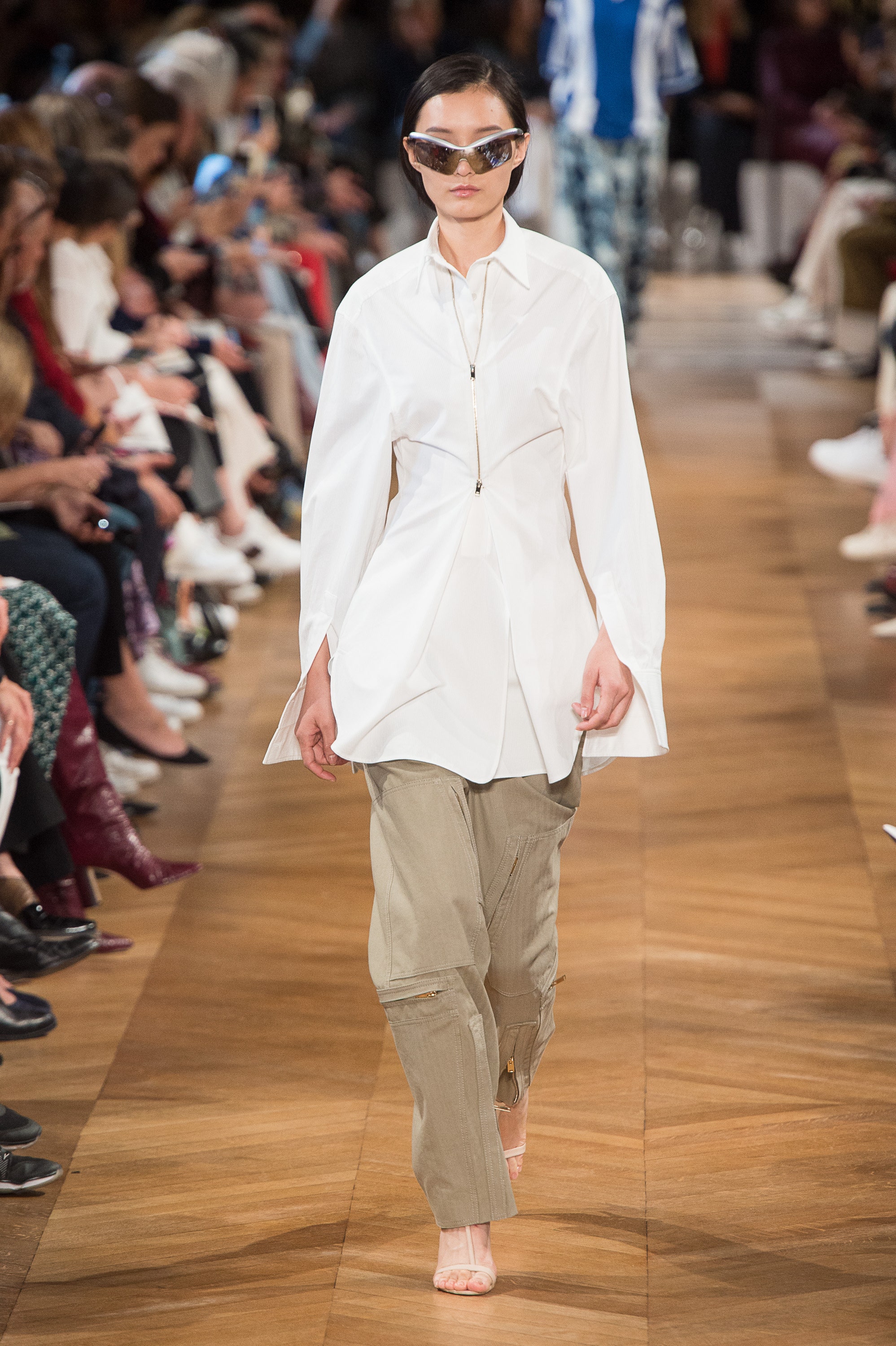 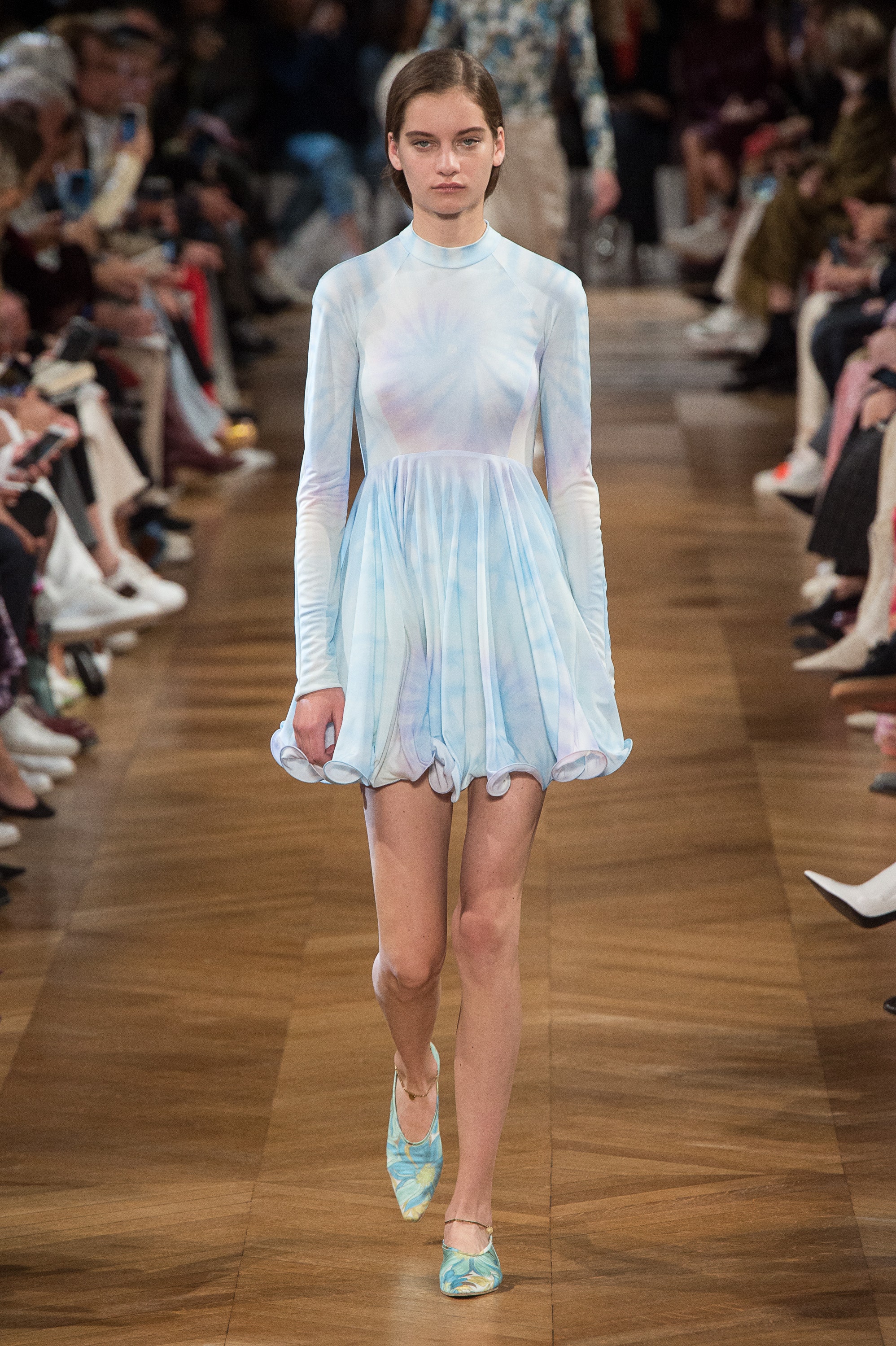 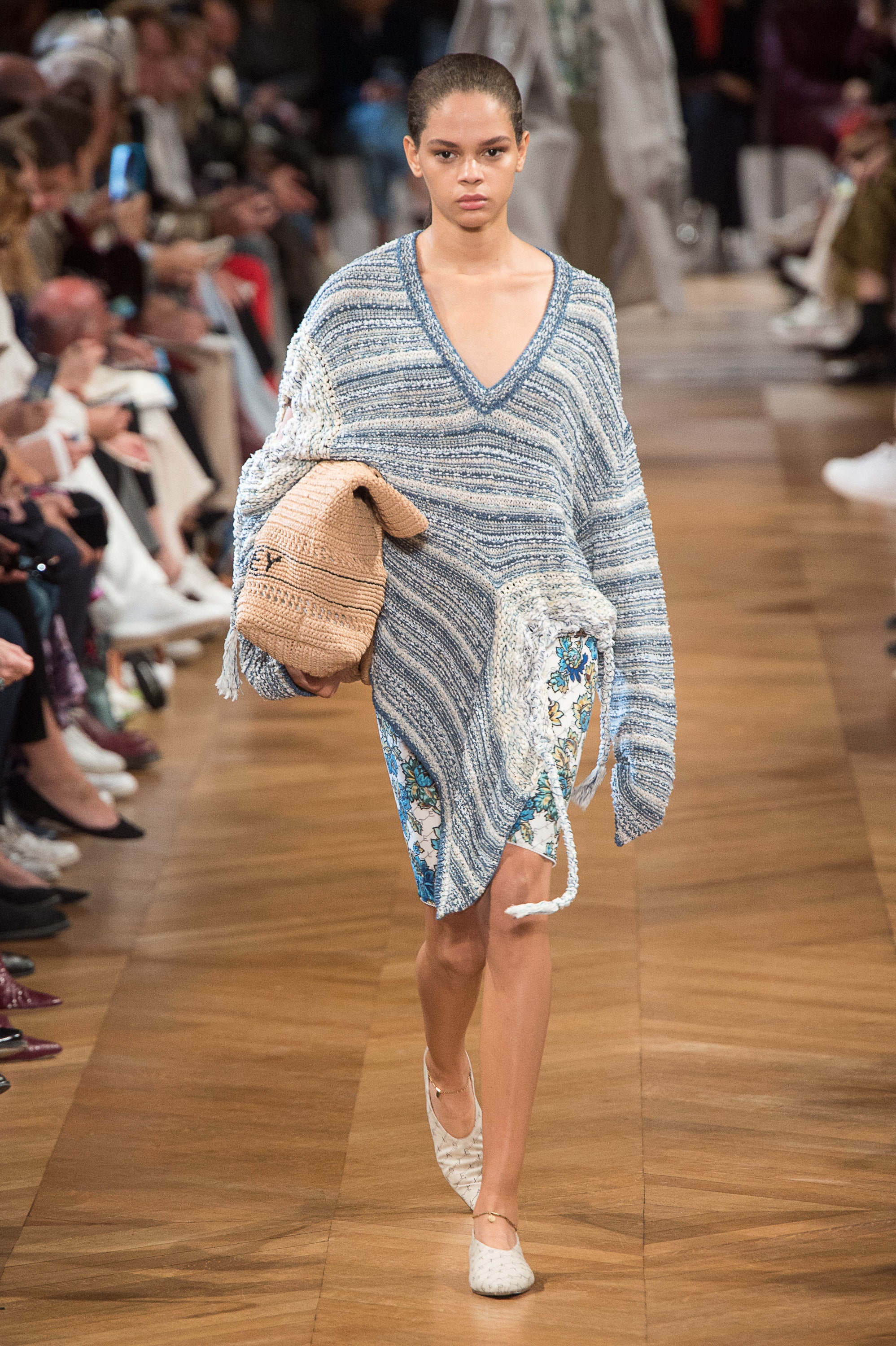 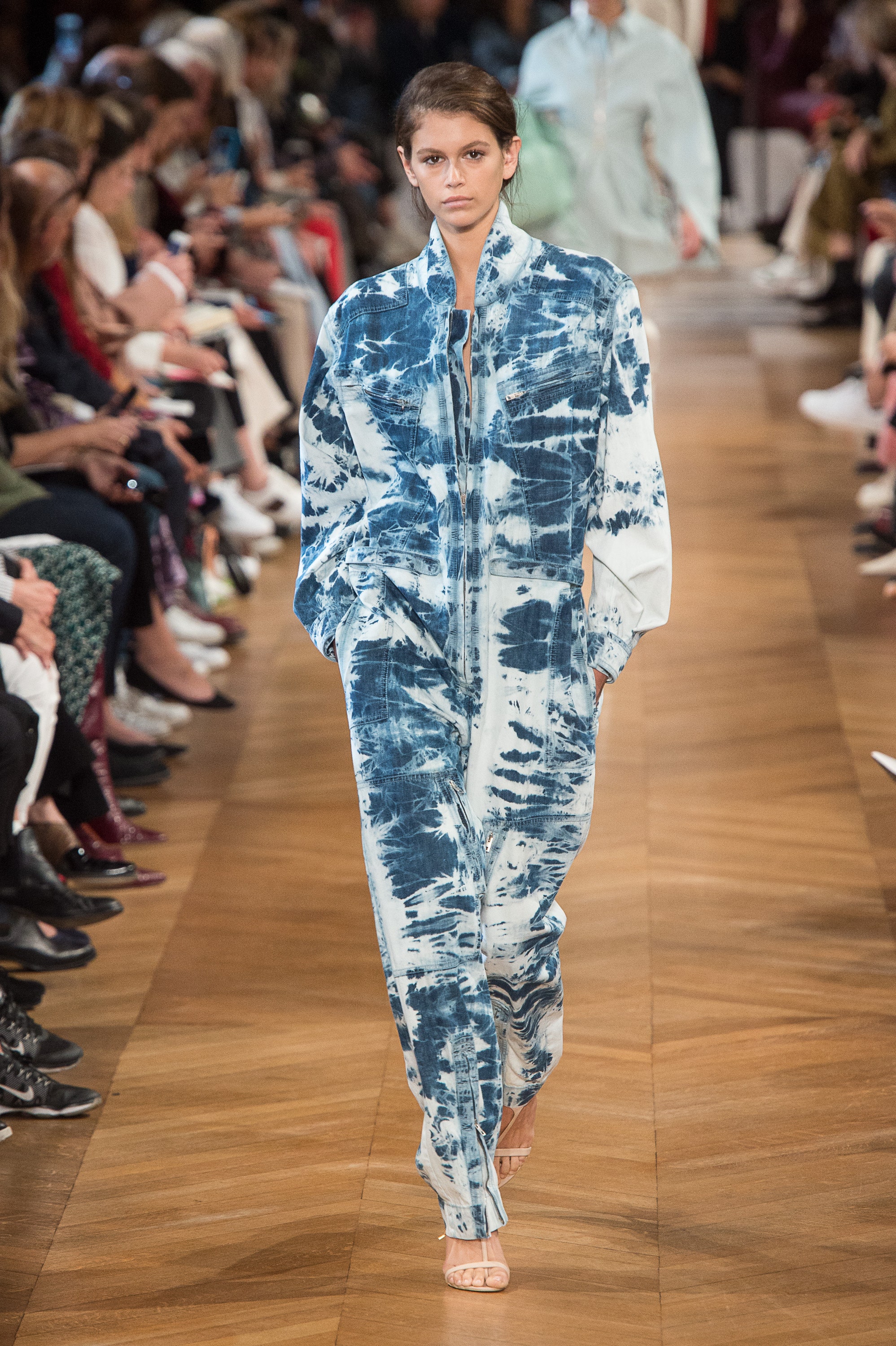 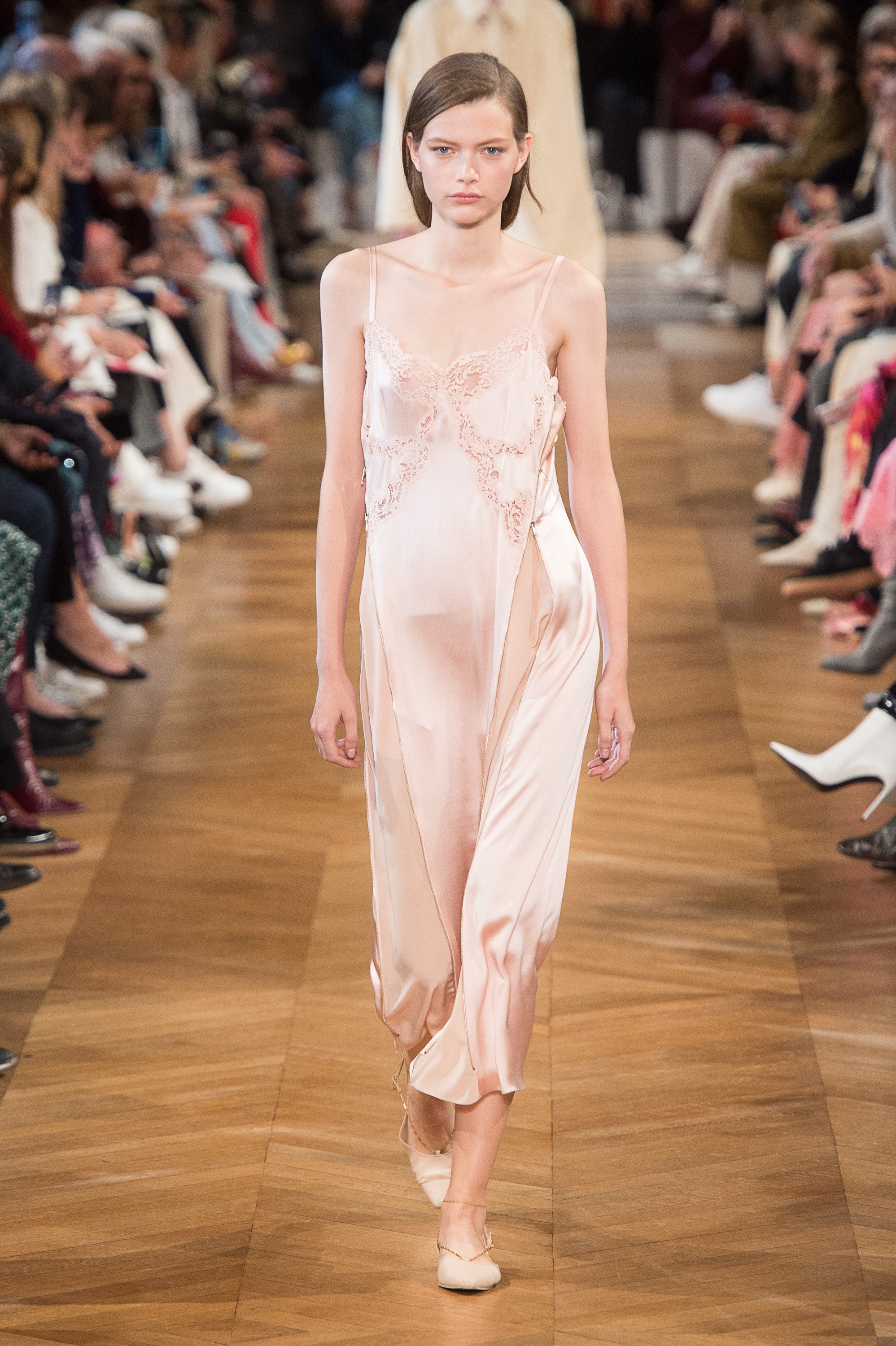 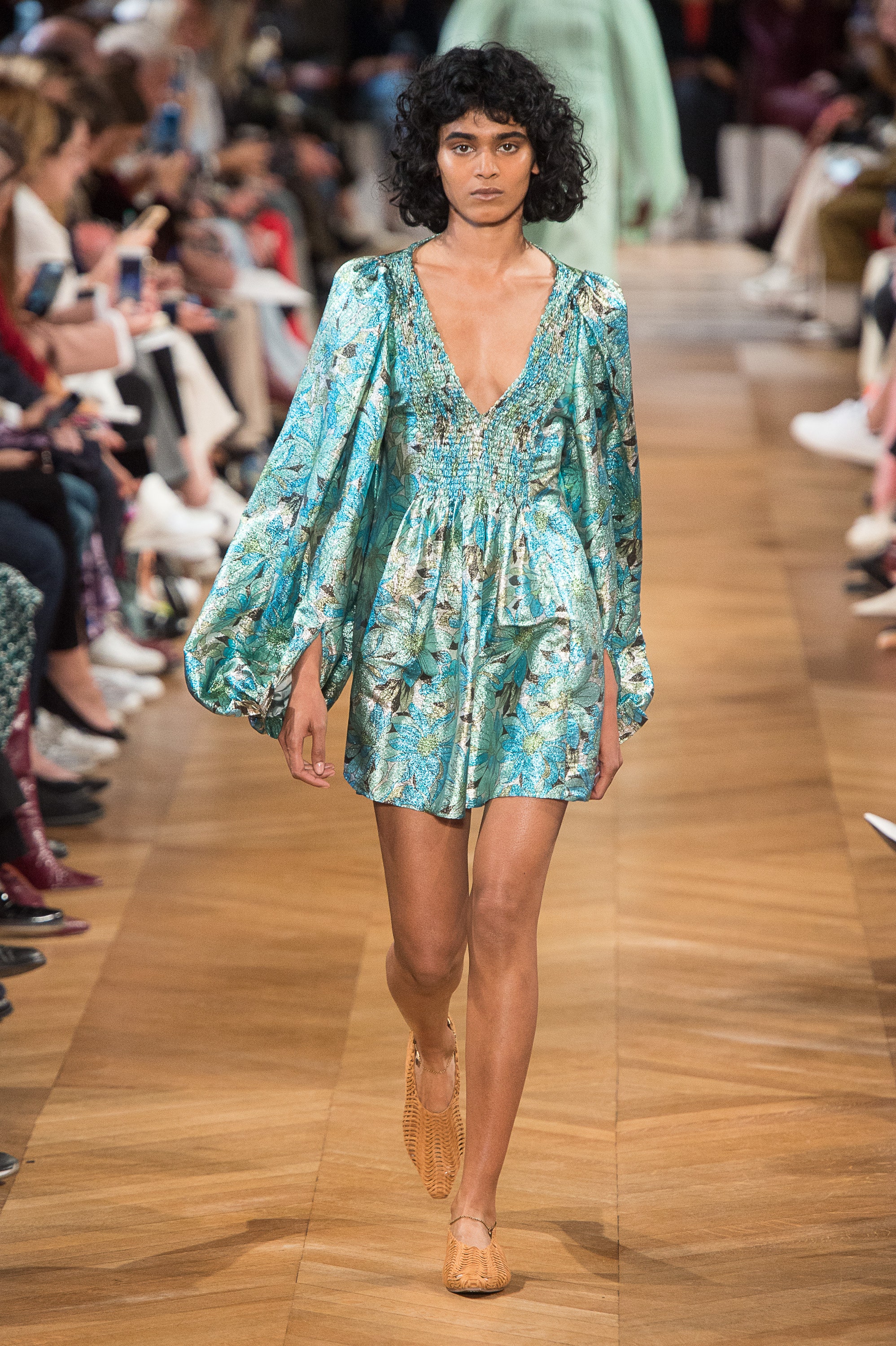 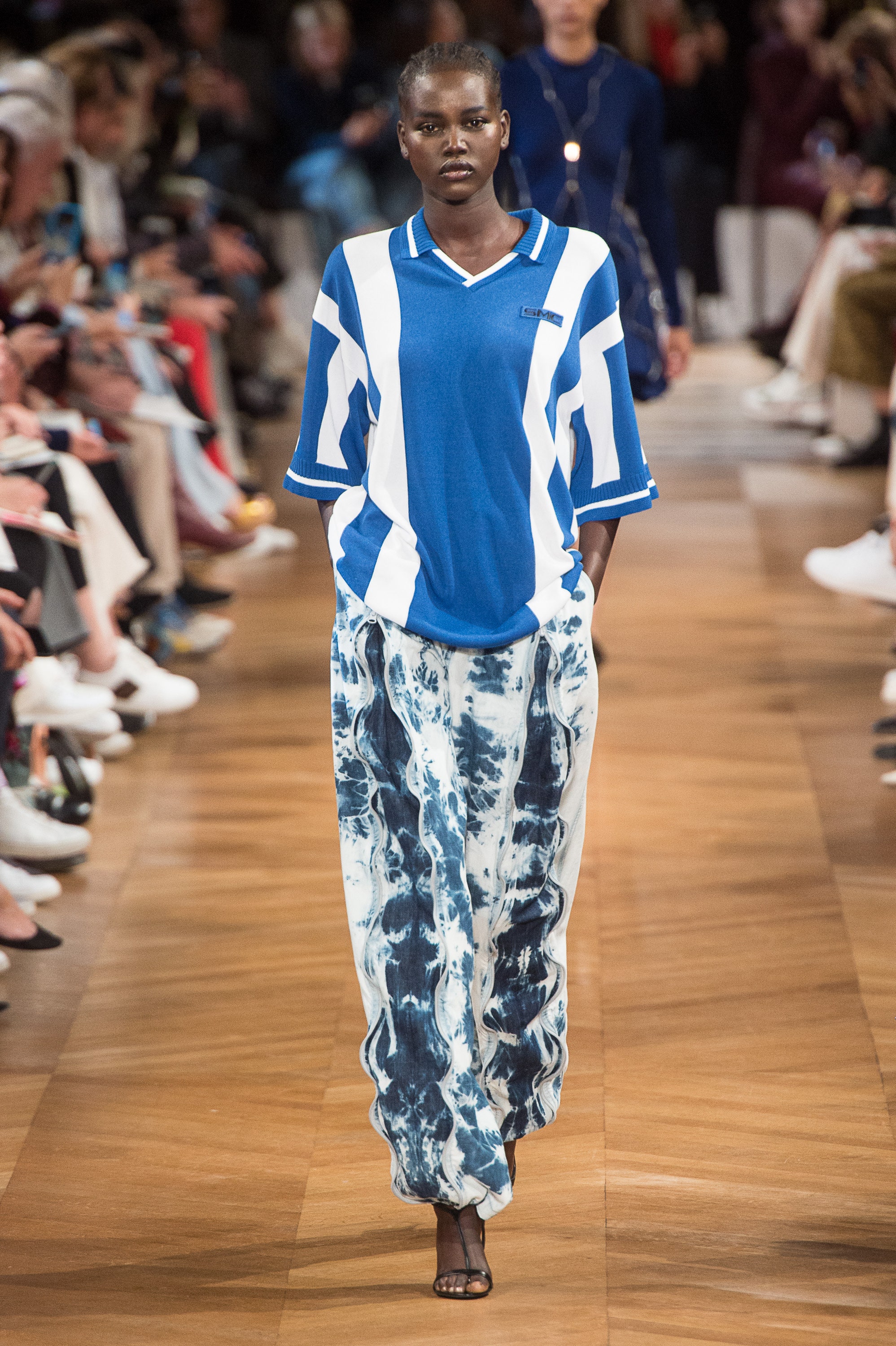 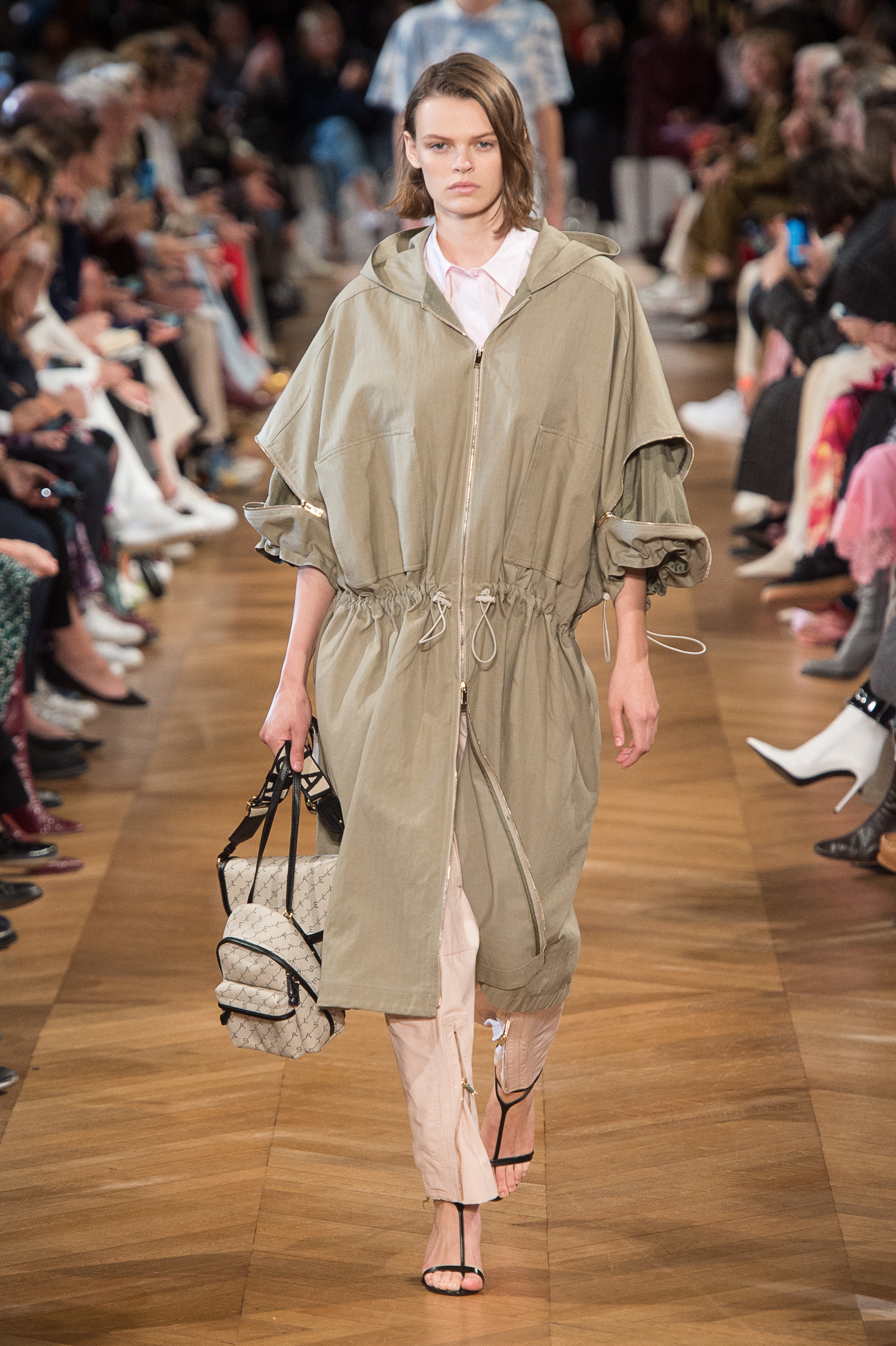 This was Stella’s first show since she bought back the stake that Kering had held in her company and apparently there was some speculation that, without the corporate overlord, McCartney might do something crazy. She didn’t and, quite honestly, I hadn’t even considered it a possibility until it started popping up on social media prior to the show. McCartney’s too level-headed to go blazing off into uncharted territory. More likely, what we saw today was an indication that she plans to continue creating the unofficial wardrobe of thoroughly exhausted and overworked mothers everywhere in the most environmentally friendly way possible.

One does have to give McCartney credit on the sustainability side of things. All the leather is fake, there is absolutely no fur,  and she’s quite careful about how she sources her fabrics. If every designer were as diligent in those areas as McCartney is then perhaps the fashion industry wouldn’t be the world’s second largest polluter.

I normally like what Stella produces in her collection, but this season feels as though she’s hit a chip shot right into the trend bucket. There’s nothing that stands out, nothing that is tremendously distinctive from pretty much every overly casual collection we’ve seen this season. Who would have ever expected that luxury would get so sloppy?