One of the interesting aspects of Claire Waight Keller’s approach to fashion is that when she does her research, she doesn’t merely go looking for styles—she goes looking for a story. We saw this consistently during her tenure at Chloé and this season she brings that delightful habit to Givenchy with the story of Annemarie Schwarzenbach. Since it is impossible to understand this collection without understanding Annemarie’s story, let’s start with that tale of unconventional nonconformity.

Born in 1908 in Zurich, one does not look at a headshot of Annemarie Schwarzenbach and immediately perceive her gender. Her hair was cropped short and often parted on the left as was common for men of that time. She frequently wore men’s shirts and sweaters with dungarees and military-style pants, giving her a look that was intentionally non-gender specific. She was very much a rebel not only in her clothing choices but in her lifestyle. She was addicted to morphine. She despised the rise of fascism in her adopted home of Berlin that she used some of her family’s money to fund an anti-Nazi magazine. She traveled extensively with Ella Maillart in a time when women did not travel without male companions. She slept with women, married a French diplomat, and was suicidal. When she died at age 34, after hitting her head following a fall from a bicycle she was riding with no hands, her mother and grandmother burned her diaries in an attempt to erase her from history.

Ella Maillart wrote of her friend:  “And so she drifted along, sometimes a writer, sometimes muse, sometimes archeologist. Sometimes boy, sometimes girl.”

While there’s much more to Schwarzenbach’s short story, this is the essence of what Waight Keller captured in this Givenchy collection. Her choice of models is telling: cropped hair, swept to the side, like her muse. All are thin, at times to the point of being nondescript. Collections that blur gender lines is a common trend this season simply because that is where the market is at the moment, but Waight Keller makes it more personal. She works hard to capture that sense of not being either but being both and nothing at the same time.

What we get is a lot of masculine shirtings tucked into or left hanging from high-waisted trousers that were popular especially in the late 1920s and early 30s. There are cropped leather jackets and smart looking tuxedo jackets, many of which are close duplicates from old Schwarzenbach photos. When the dresses arrive, and there are plenty of them, Waight Keller plays with the pleats from the era while interspersing art deco elements for a slight architectural feel, especially in some of the gowns. Closely cropped shoulder shrugs, something we don’t see often anymore, gave the slightest hint of androgyny. 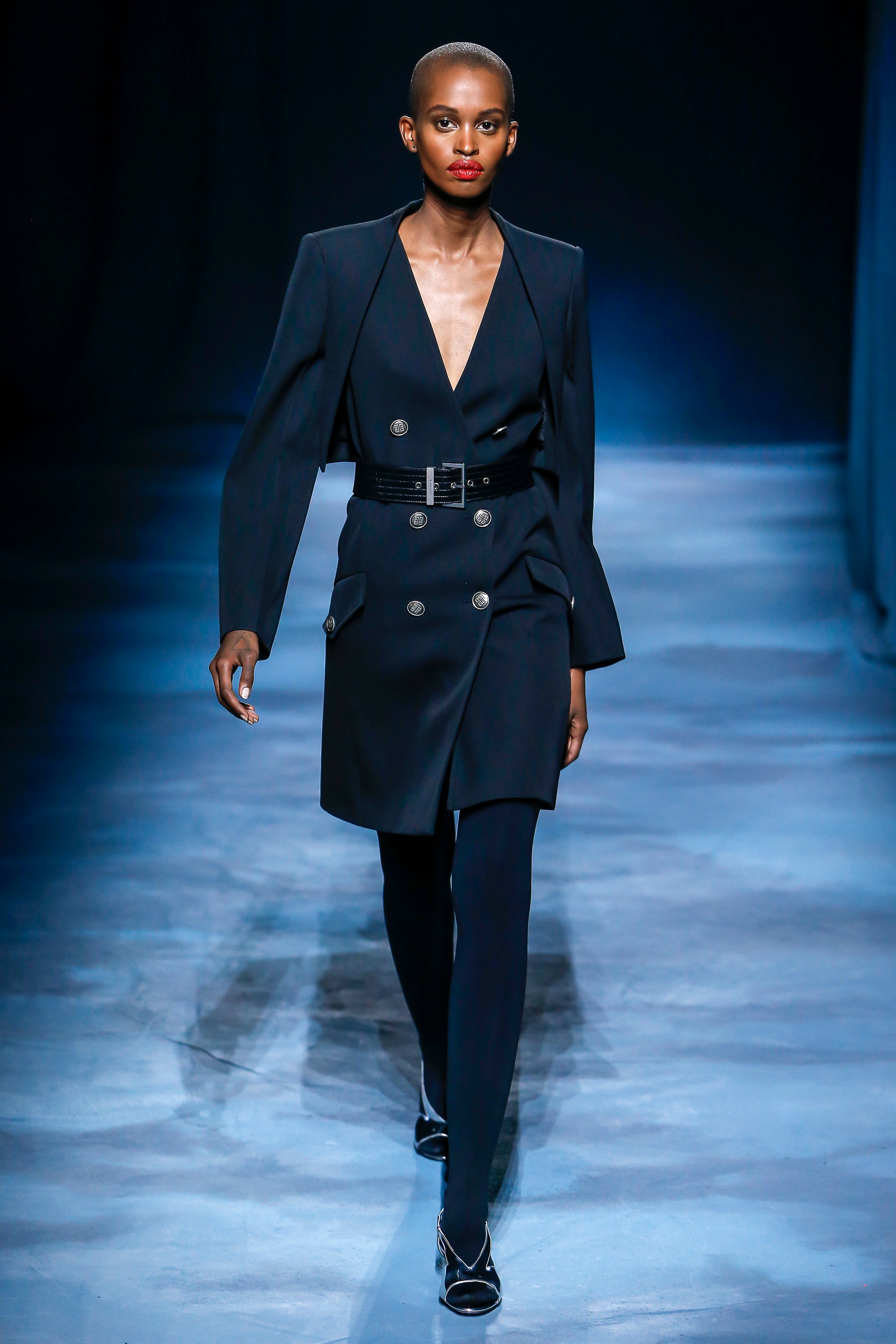 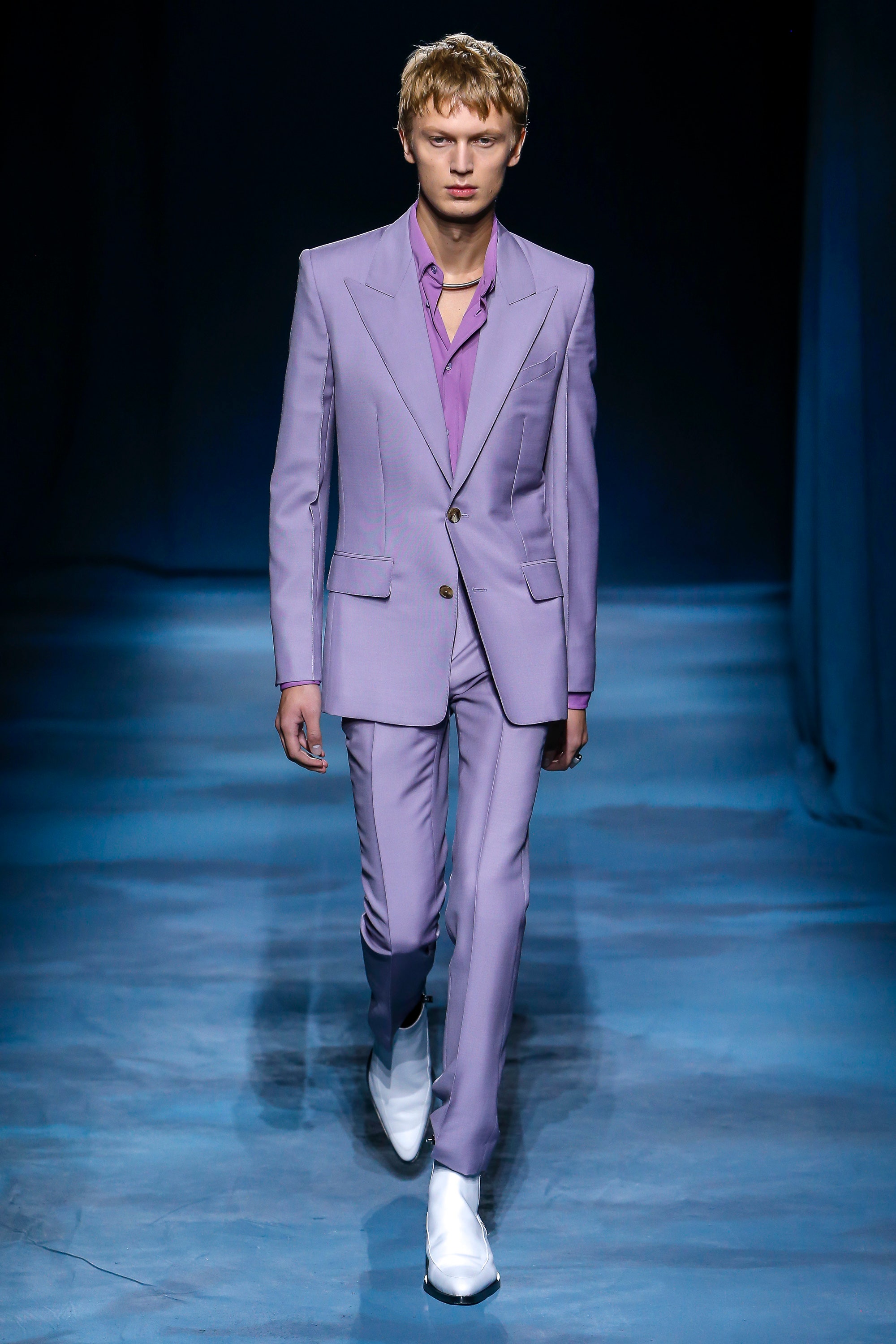 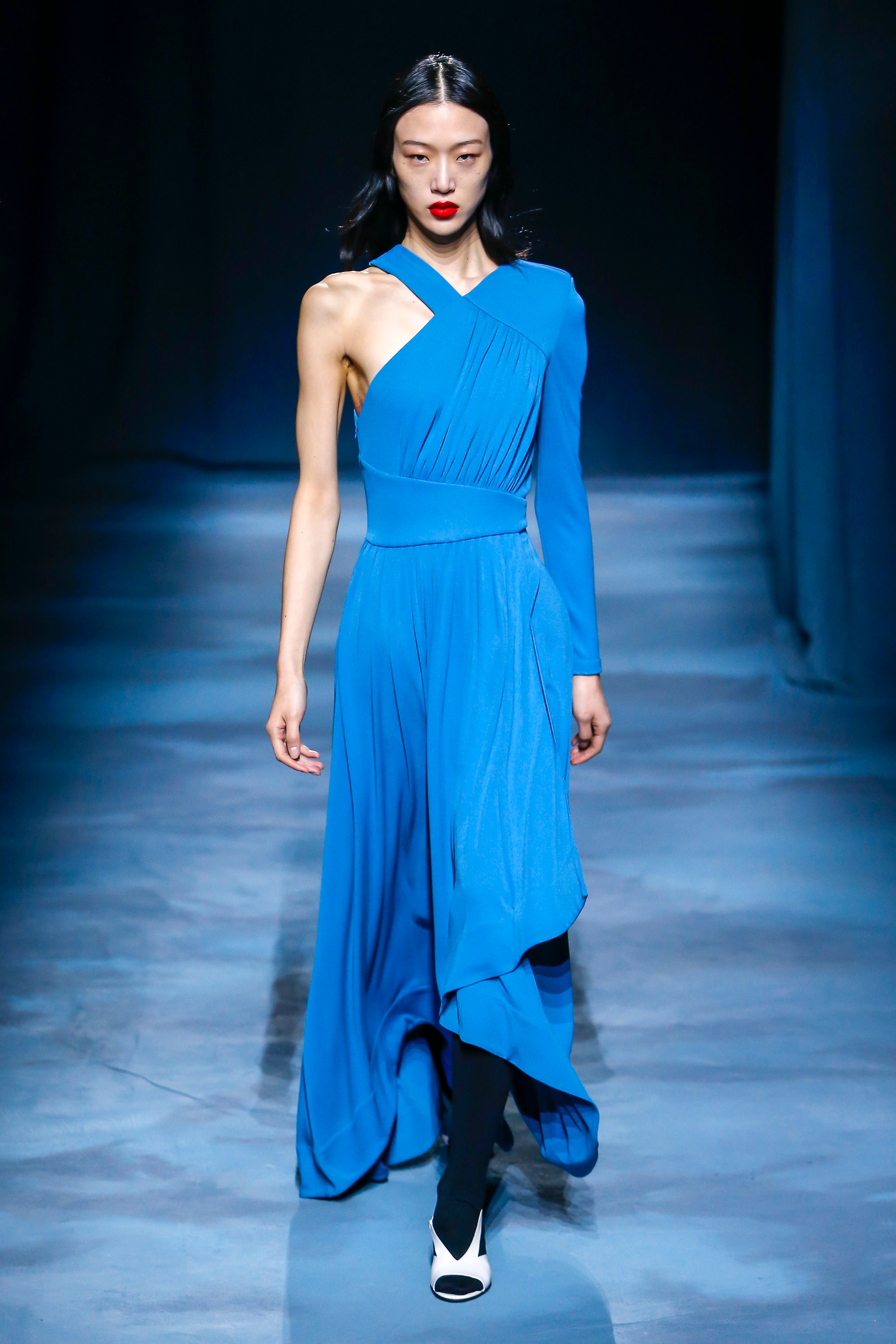 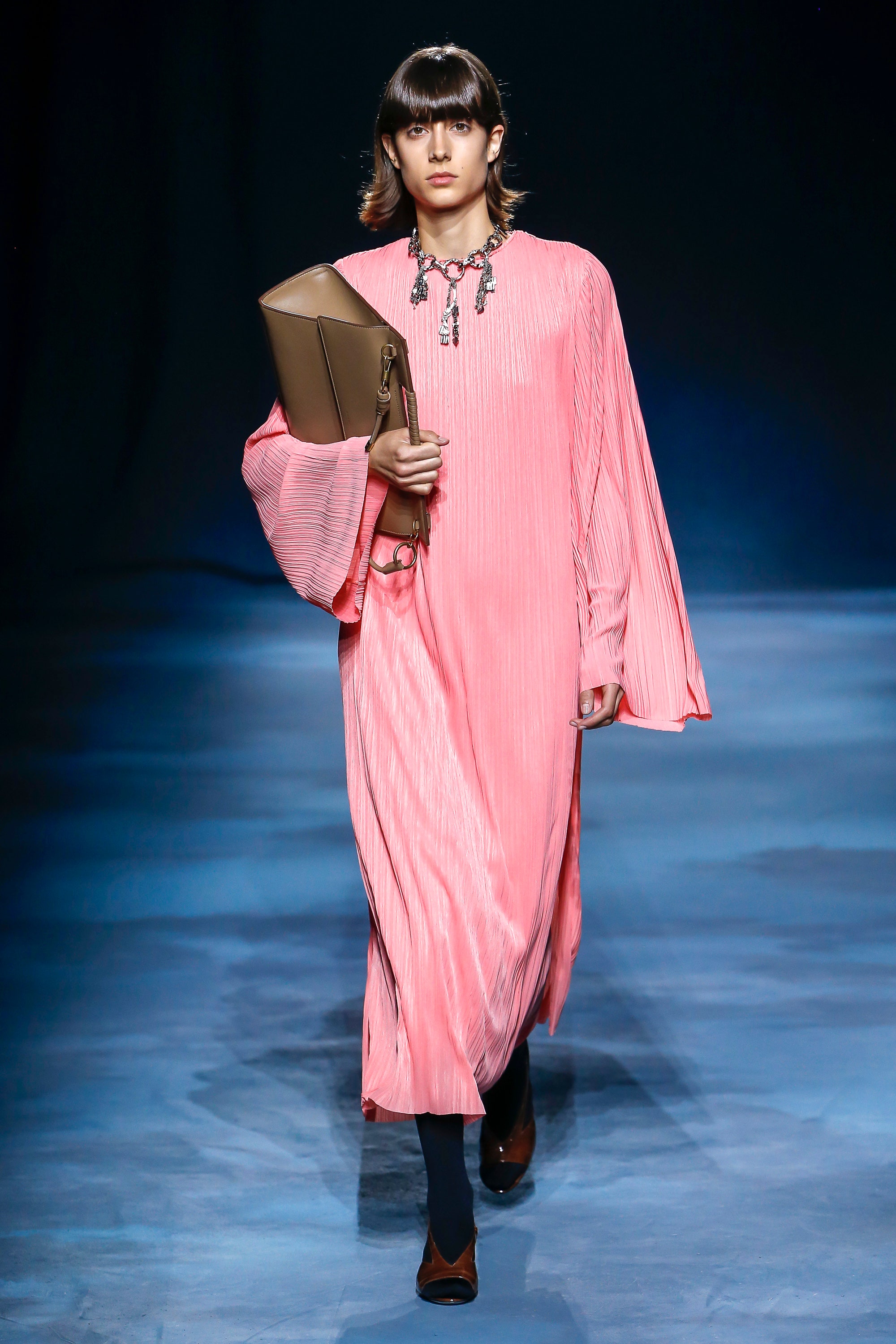 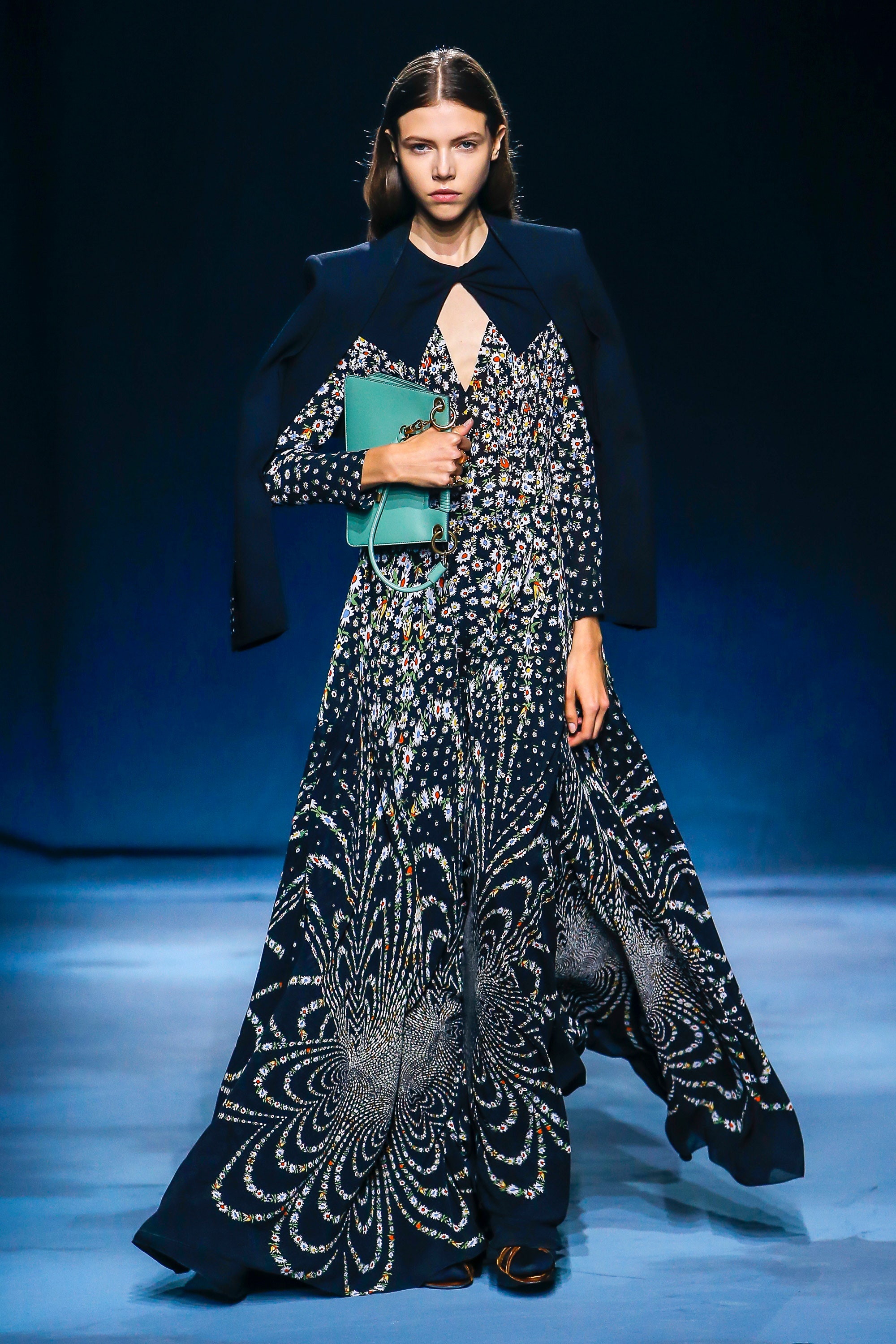 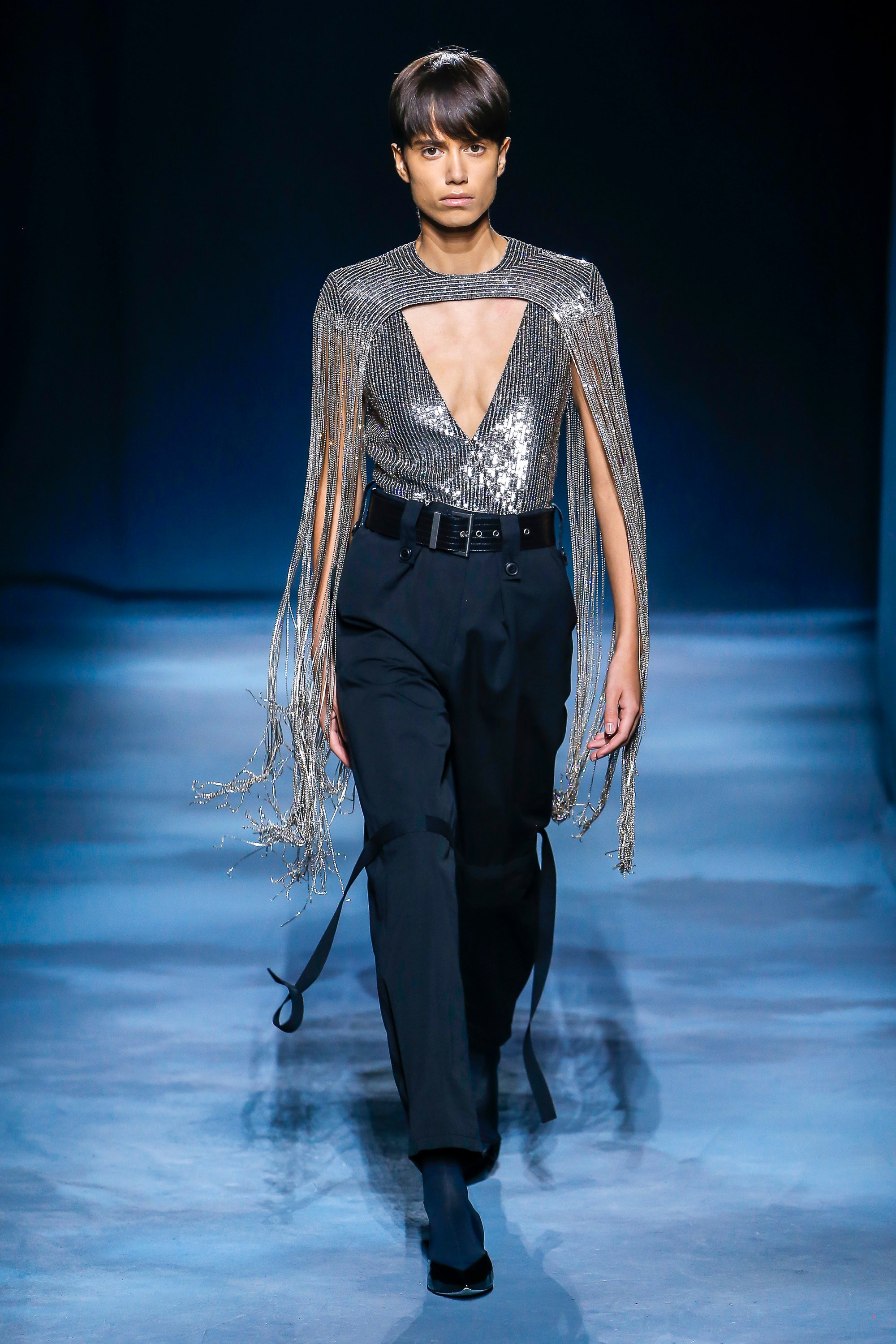 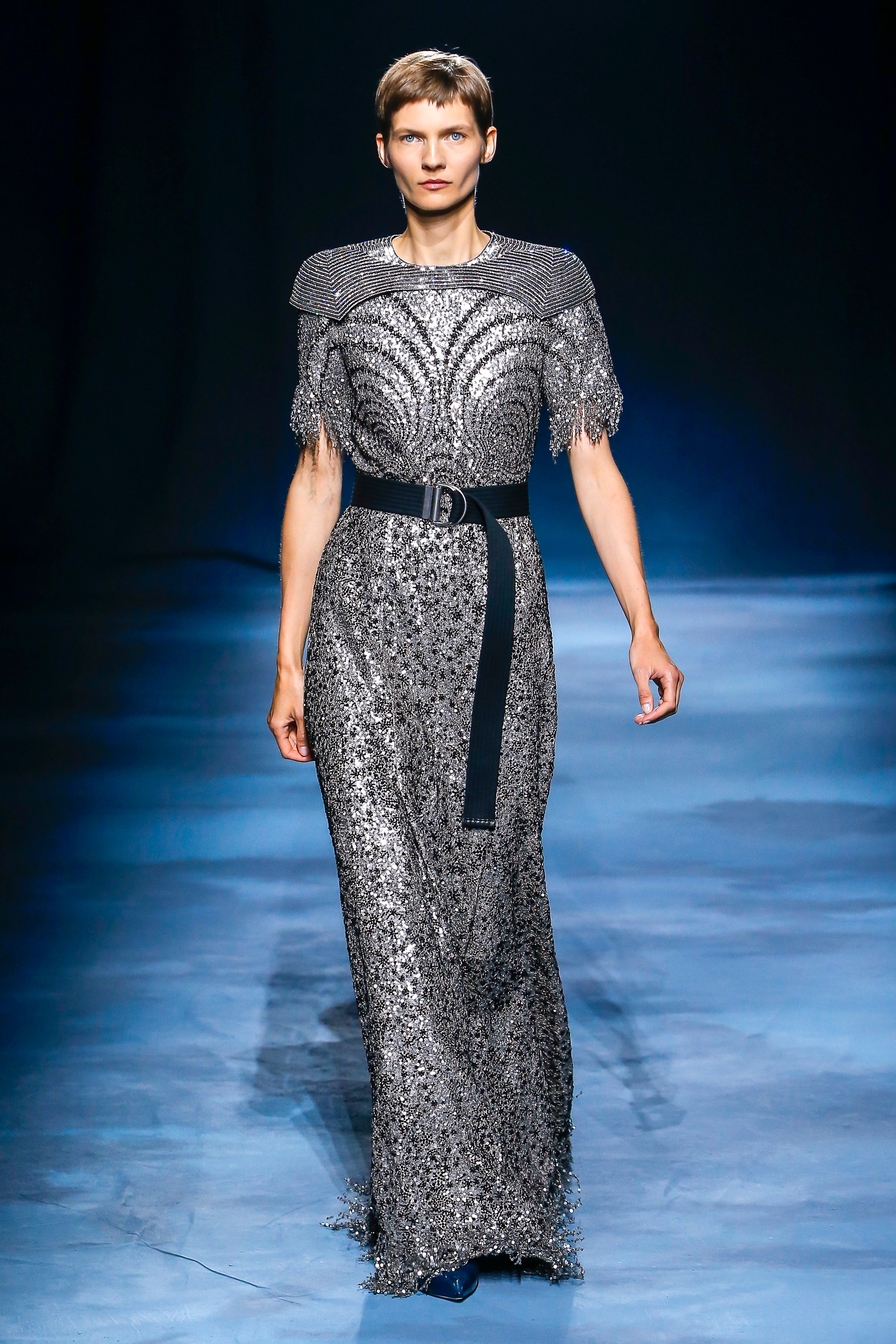 Oh yes, there are a handful of men’s looks in the collection as well but it is almost painfully obvious that Waight Keller has yet to warm up to that side of the Givenchy business. The looks are pretty straightforward from the house archives. The only sense of newness is the pastel coloring of the suits and the accompanying white boots. They never really feel as though they fit into the overall narrative of the collection.

As compelling a story as Waight Keller weaves, the commercial reality kicks in and prevents the designer from going all-in on the androgynous look. In places where the dresses go feminine, they play quite strongly to that aesthetic with no real sense of middle ground. That is not a slam on Waight Keller as much as it is a reflection of how uncomfortable the industry itself is with completely erasing gender lines. Everything involved in the selling of clothes is set up around the concepts of selling womenswear to women and menswear to men. Until that paradigm changes, we’re not likely to see collections that completely ignore gender or allow for the freest of crossovers.

Waight Keller takes this Givenchy collection as close to a gender fluid middle ground as anyone dares for the moment. The looks are strong but don’t abandon commercial necessity. Will this continue to be an aesthetic she furthers? Could Givenchy set the standard for non-gender-specific dressing? We’ll have to wait and see.