Once in a great while, a new book raises your standard for all books in a certain genre. Take, for example, the museum coffee-table book, the kind you buy after viewing a particularly winsome art exhibition. Out of love and passion for the exhibit, you pass through a museum gift shop, buy a copy and take it home to read.  There you meet a dry, scholarly voice that puts you to sleep the first time you crack the book open.

You may browse it later, but you never quite get around to reading it cover-to-cover. So much for the museum’s goal of teasing scholars, enthusiasts and visitors into deeper exploration of a topic. Instead, you display it on a bookshelf or a coffee table as a badge of sophistication. Hence the name “coffee-table book.”

Although The Women Who Revolutionized Fashion: 250 Years of Design is indeed a coffee-table book that serves as a companion book to an exhibition, its lively writing and compelling coverage of fashion deliver more than most readers have come to expect from the genre. That’s due in part to its editor and lead author, Petra Slinkard, a former curatorial associate at the Indianapolis Museum of Art at Newfields, now the Nancy B. Putnam Curator of Fashion and Textiles at the Peabody Essex Museum (PEM) in Salem, Massachusetts. 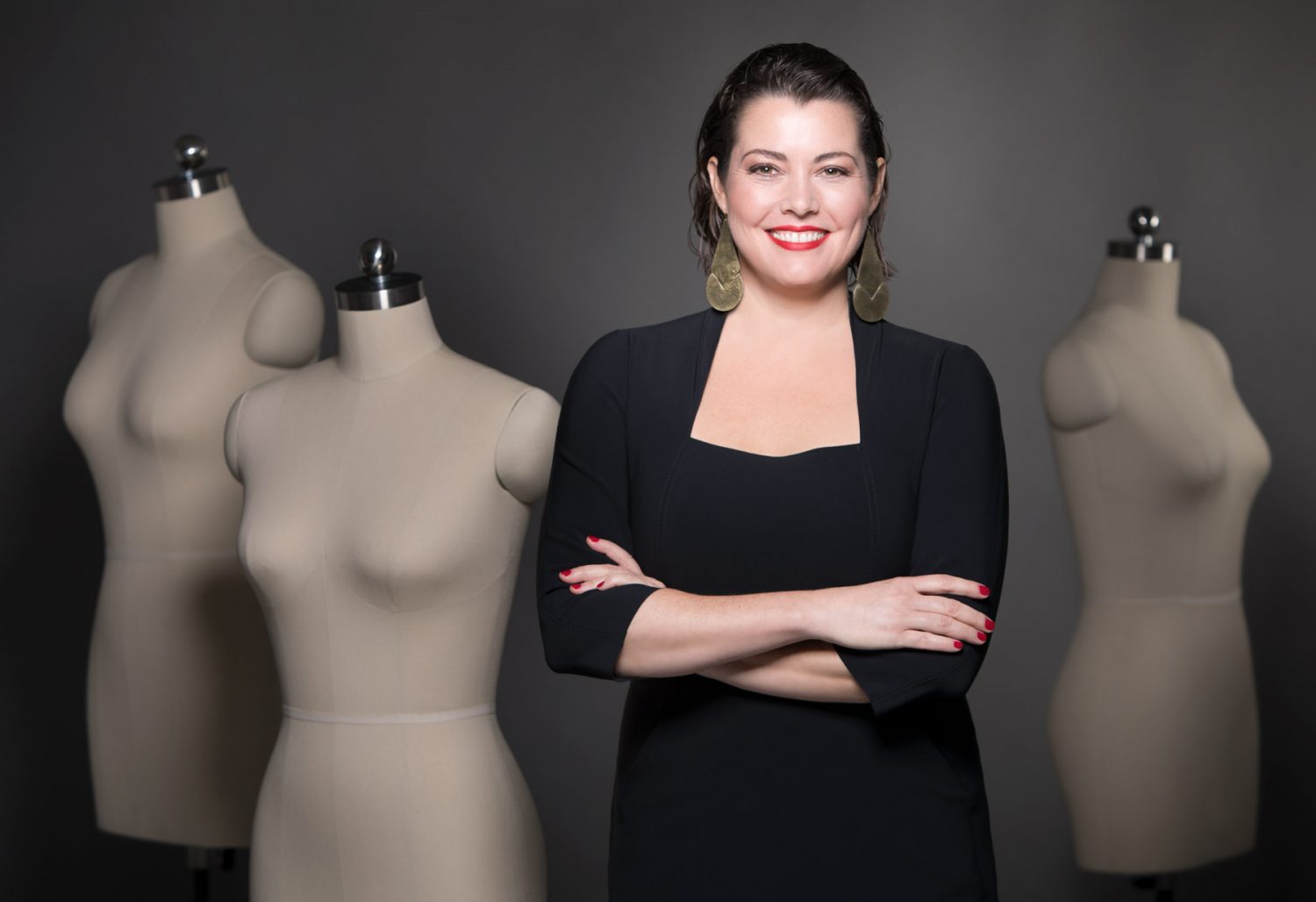 Slinkard, who joined PEM in 2018, is also one of the masterminds behind Made It: The Women Who Revolutionized Fashion, the exhibit that inspired the book, which is co-authored by PEM colleagues Paula B. Richter and Lan Morgan. The book opens with a featured essay by Madelief Hohé, curator of fashion and textiles at Kunstmuseum Den Haag, host to a sister exhibit in 2018. In Slinkard’s skillful hands, the PEM exhibit and the book are eye-opening tributes to 75 women from around the world who influenced fashion design.

Designers who were hidden in plain sight

In the era of #MeToo #TimesUp, this project is a timely exploration of unheralded women fashion designers — then and now — who shaped an industry that clothes women, but suppresses our preferences, our voices, our creative energy and our entrepreneurial spirits. Fashion titans such as Chanel, Schiaparelli and von Fürstenberg are represented, but the focal point is to unveil minority designers and other women who, despite their contributions, never became household names.

Made It was originally scheduled to open at the PEM on May 16, but the pandemic delayed the exhibit until November 2020. “We were very, very excited to have this in 2020 as a nod to the 100th anniversary of the 19th Amendment’s ratification in the United States,” Slinkard says. “For quite some time, I had been wanting to do an exhibit that focused on women, and we got very lucky because Kunstmuseum Den Haag, one of the best museums in The Hague in the Netherlands, had done an exhibition in 2018 called Femmes Fatales: Strong Women in Fashion.”

Slinkard learned about the exhibition and reached out to peers at the Kunstmuseum to learn more. To her delight, they were receptive to the idea of collaborating on a traveling exhibition.

The resulting partnership fostered an embellished version of the original exhibition, layering in American designers as well as others from around the globe and from different eras. The project features over 100 pieces drawn from collections owned by the Kunstmuseum, PEM, the Museum of Fine Arts, the Chicago History Museum and private lenders.

In a normal year, museums expect a companion book to stimulate readers and scholars after they’ve seen an exhibit. Due to the pandemic, this book was released six months before Made It opens at the PEM. There may be hidden potential in the unusual chronology. “This one is a little backwards from the way we expect exhibitions to roll out,” she says. “In a way, it’s almost like we’re giving our audience a primer to get to know the pieces and the stories behind each designer, so they can have a richer experience.”

Readers also get bonus content that’s missing from the exhibition: runway footage and images of garments drawn from two European fashion houses that can’t lend their pieces due to restrictions imposed by the pandemic.

Highlighting the diverse women who captured the spirit of their eras

Every fashion exhibition is flush with backstories, and this one is no exception. Consider the inclusion of a sweater (1976) by Jacqueline Jacobson, which telegraphs almost as much about Slinkard’s nature as it does about its French designer.

“I thought it was really important to showcase a range of designers that represent other cultures,” she says. In an effort to stretch the PEM’s budget and expand the exhibit’s range of objects, Slinkard dipped into her own pocket to acquire the Jacobson sweater along with a few other pieces. She donated the sweater to the PEM in memory of her oldest sister.

“When it came time for me to give the pieces, and I was asked by the registration department for a credit line, I decided to give them in honor of my sister because she was one of the people in my life, in addition to my mom and both of my grandmothers, who really taught me a lot about style,” Slinkard says.

One of the joys of assembling this exhibition, Slinkard says, was discovering designers she hadn’t known before and revealing others that were largely ignored because they weren’t commercially successful. “This exhibition is really about looking at the women who, for so long, have been overlooked,” she says. “Women as a whole have really impacted the fashion industry from the beginning. Here we are in 2020, thinking about Jacqueline Kennedy as a fashion icon and realizing that her wedding dress was made by a woman, designer Ann Lowe, who wasn’t at the time properly recognized. It’s kind of dumbfounding.”

Slinkard hopes the book and the exhibition ignite curiosity about female designers who gained momentum and established themselves as entrepreneurs without much support. The Women Who Revolutionized Fashion: 250 Years of Design is not just another beautiful, coffee-table book. Whether you read and collect significant fashion books, or you’re someone who got acquainted with Slinkard during her Indianapolis stint, you’ll want to buy and devour this gem of a book before you display it in your home. 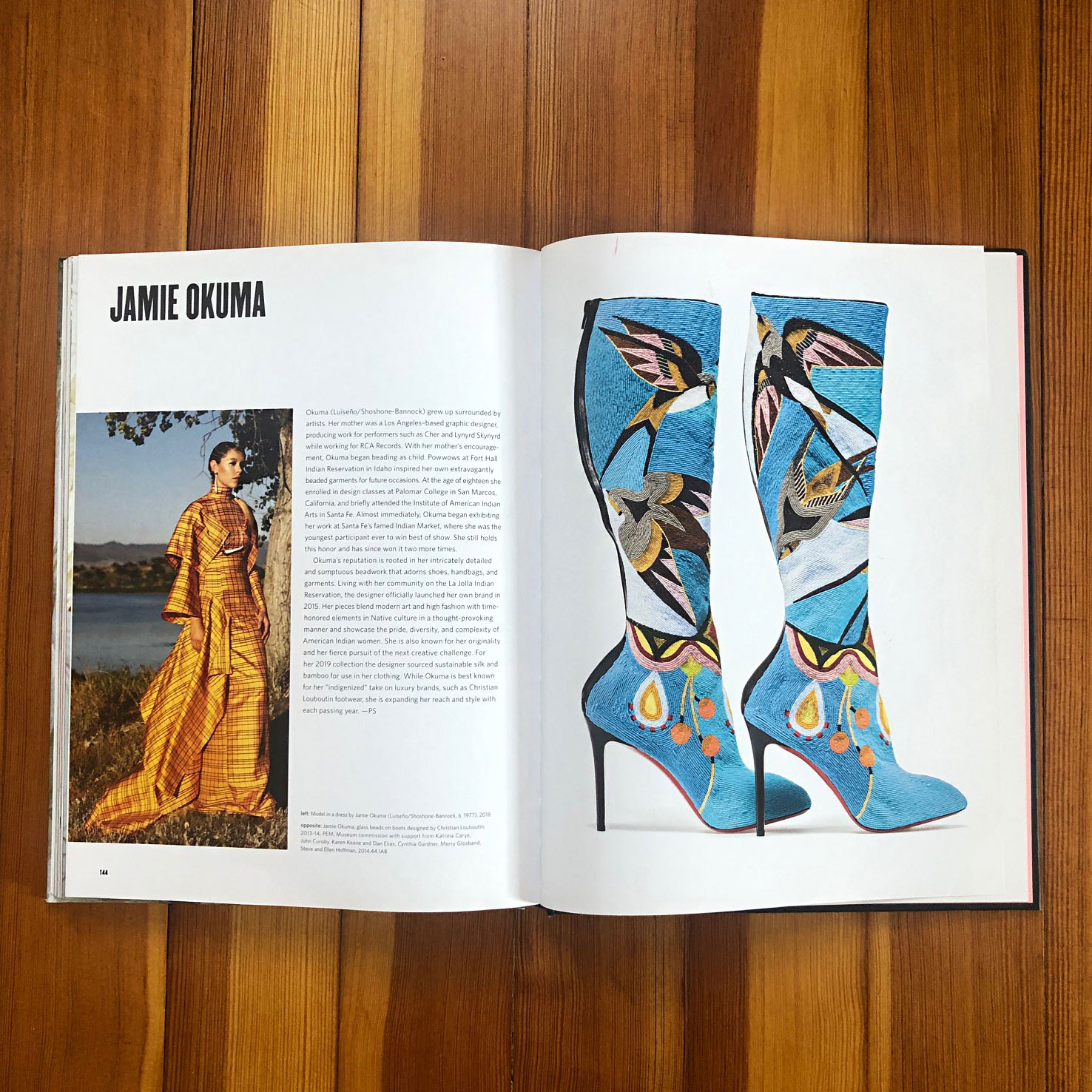 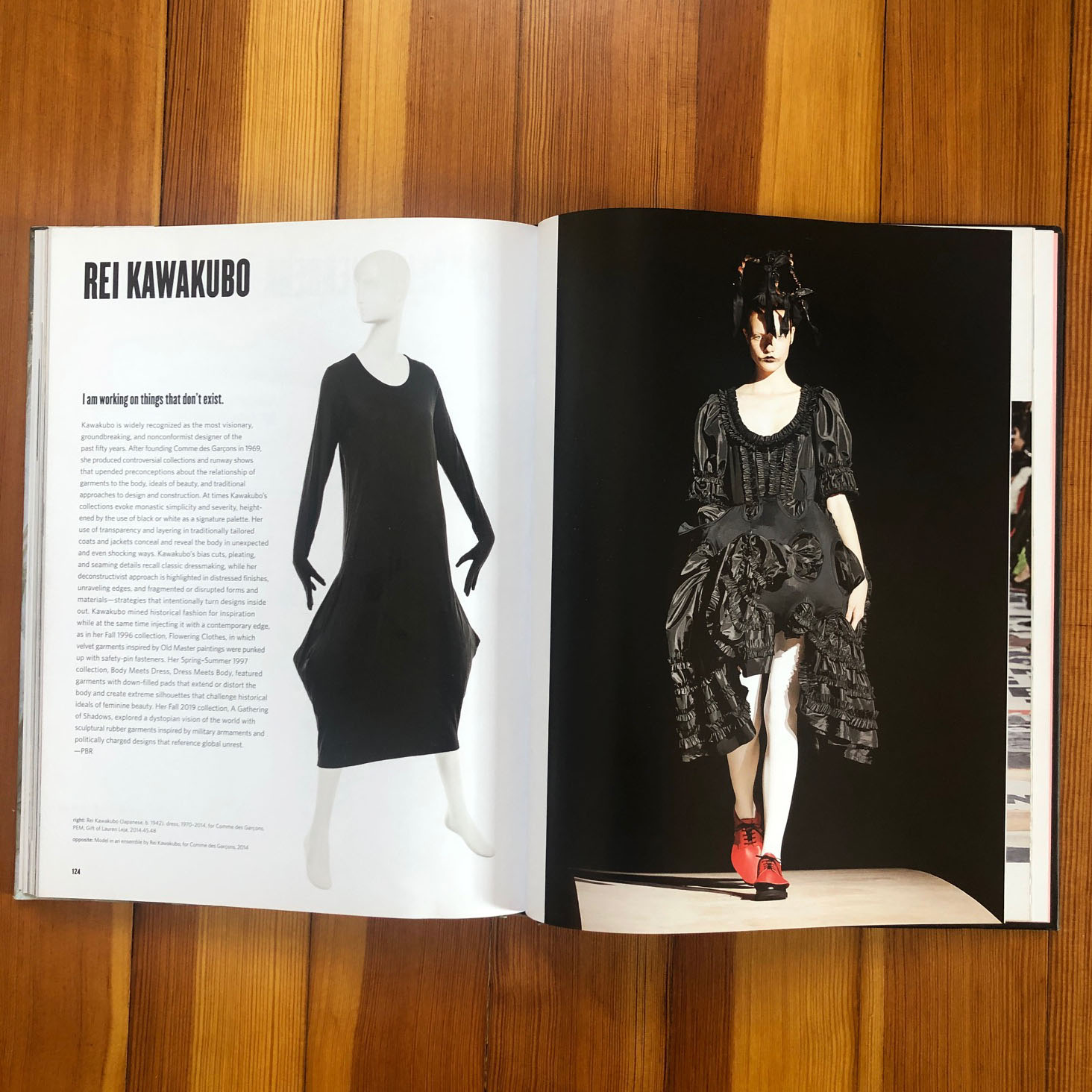 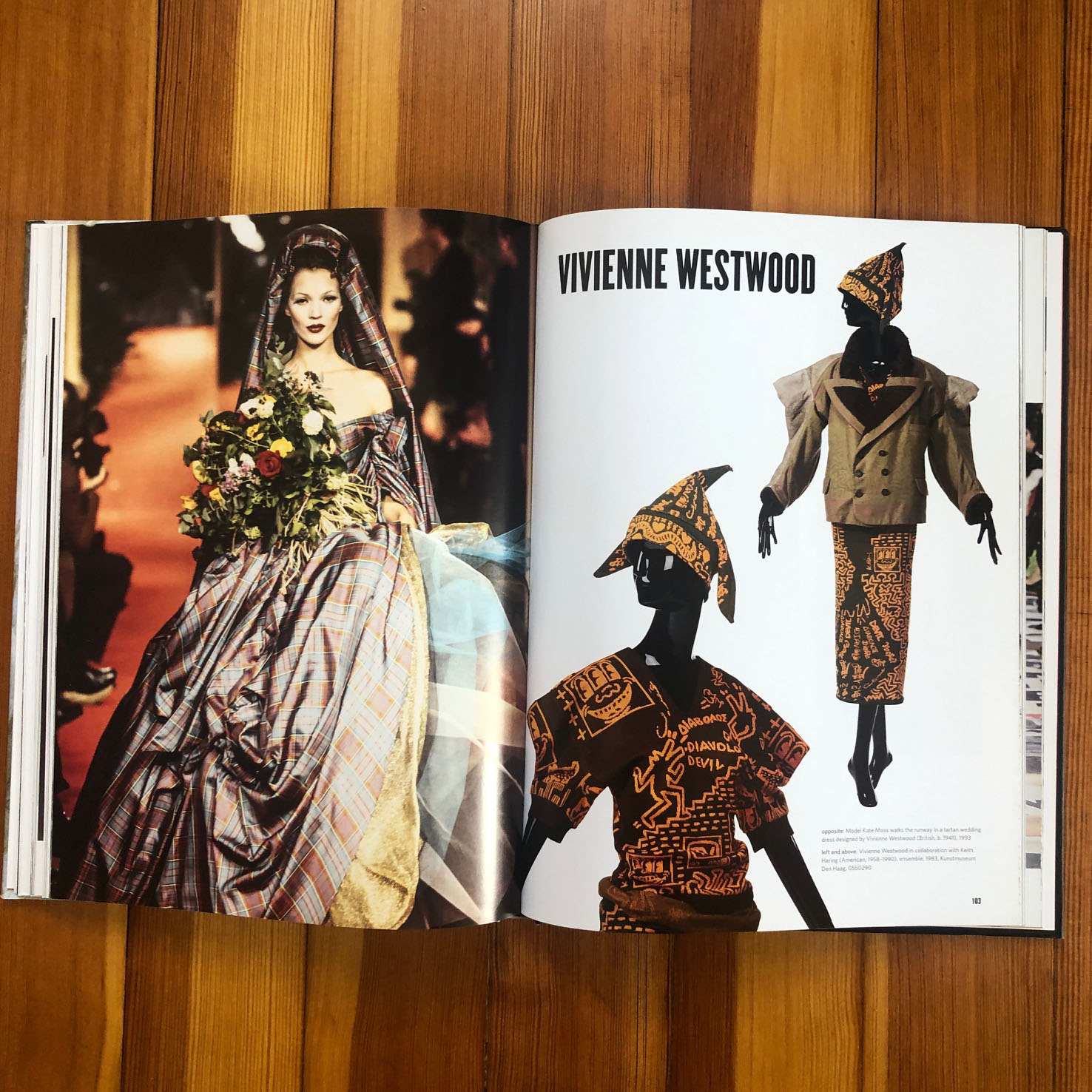 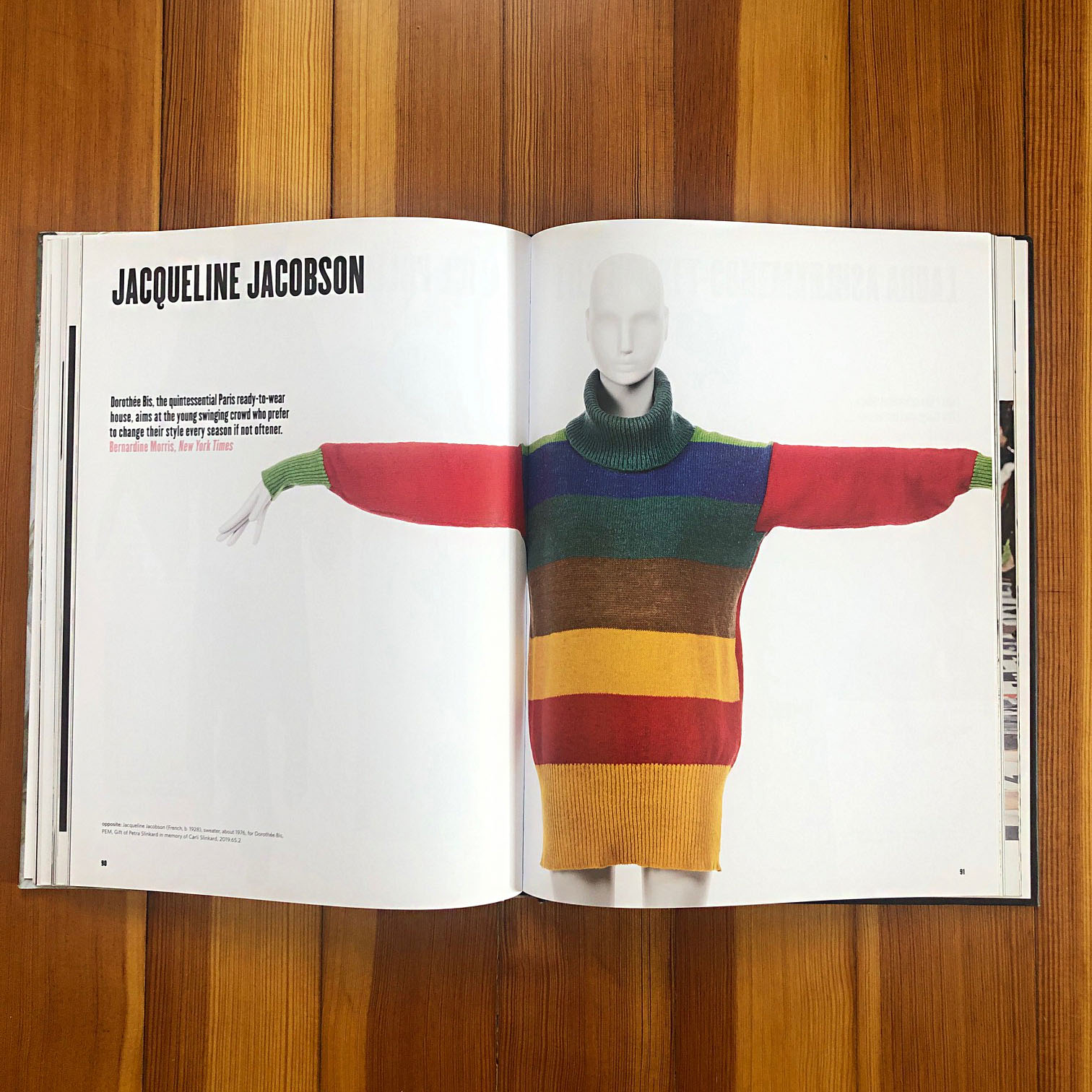 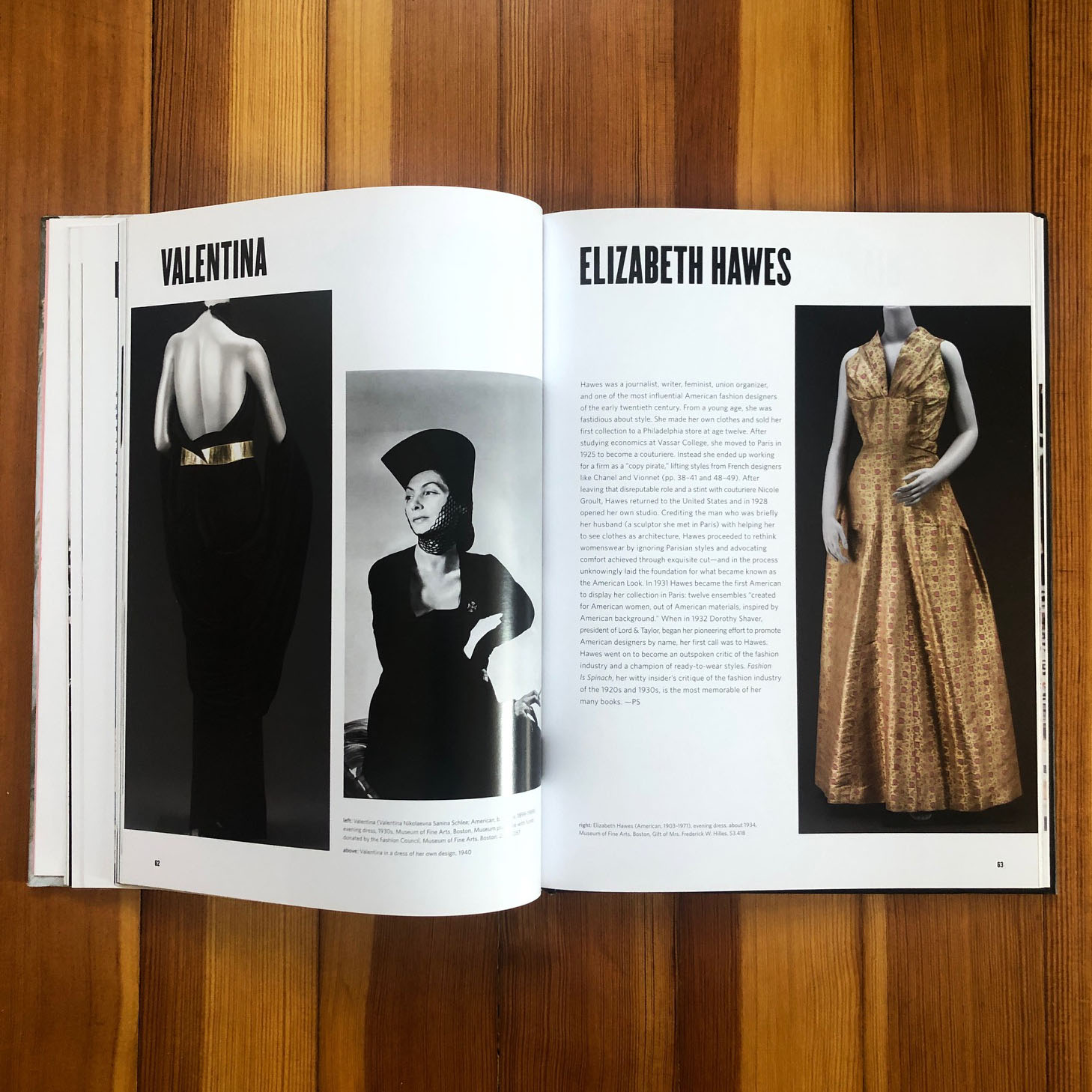 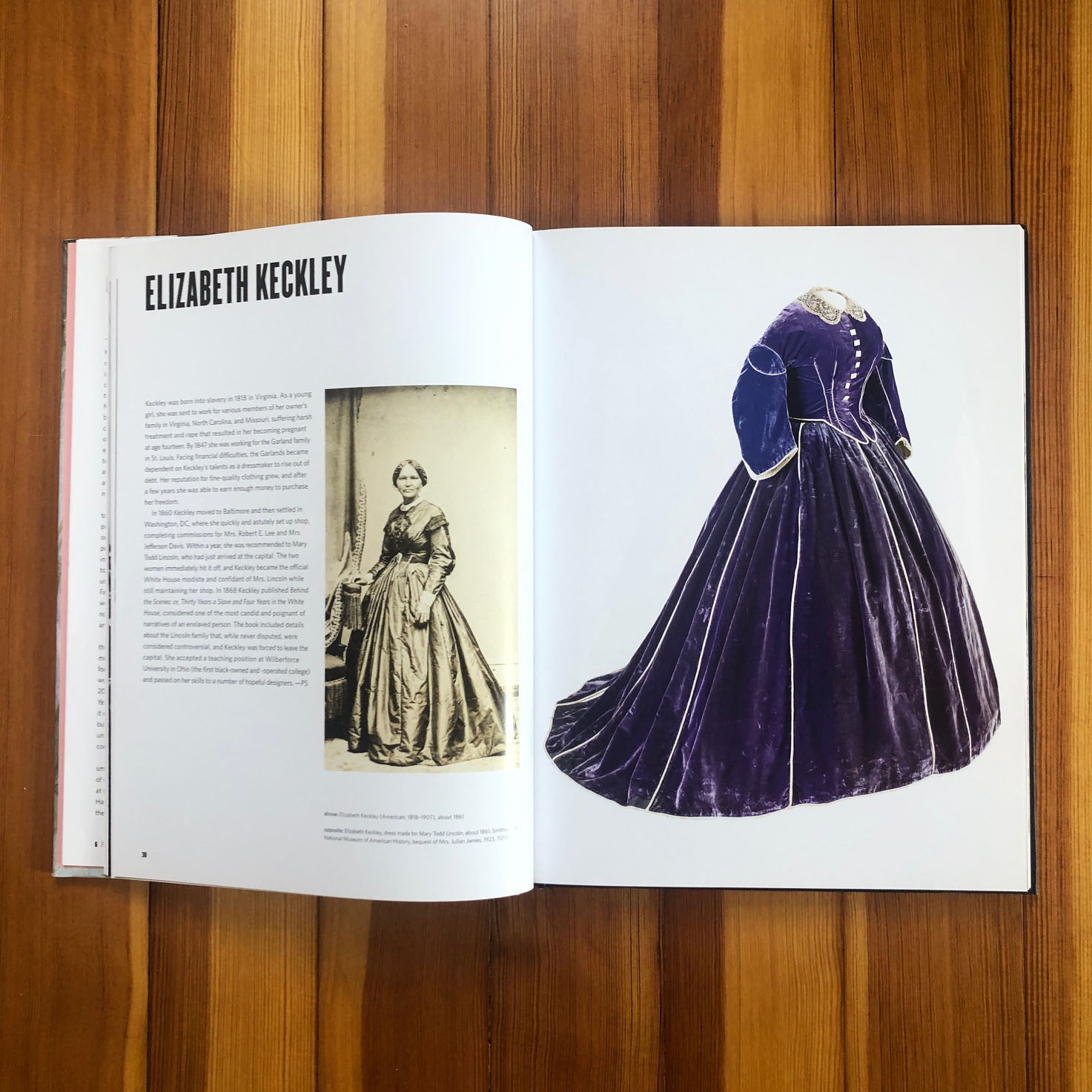 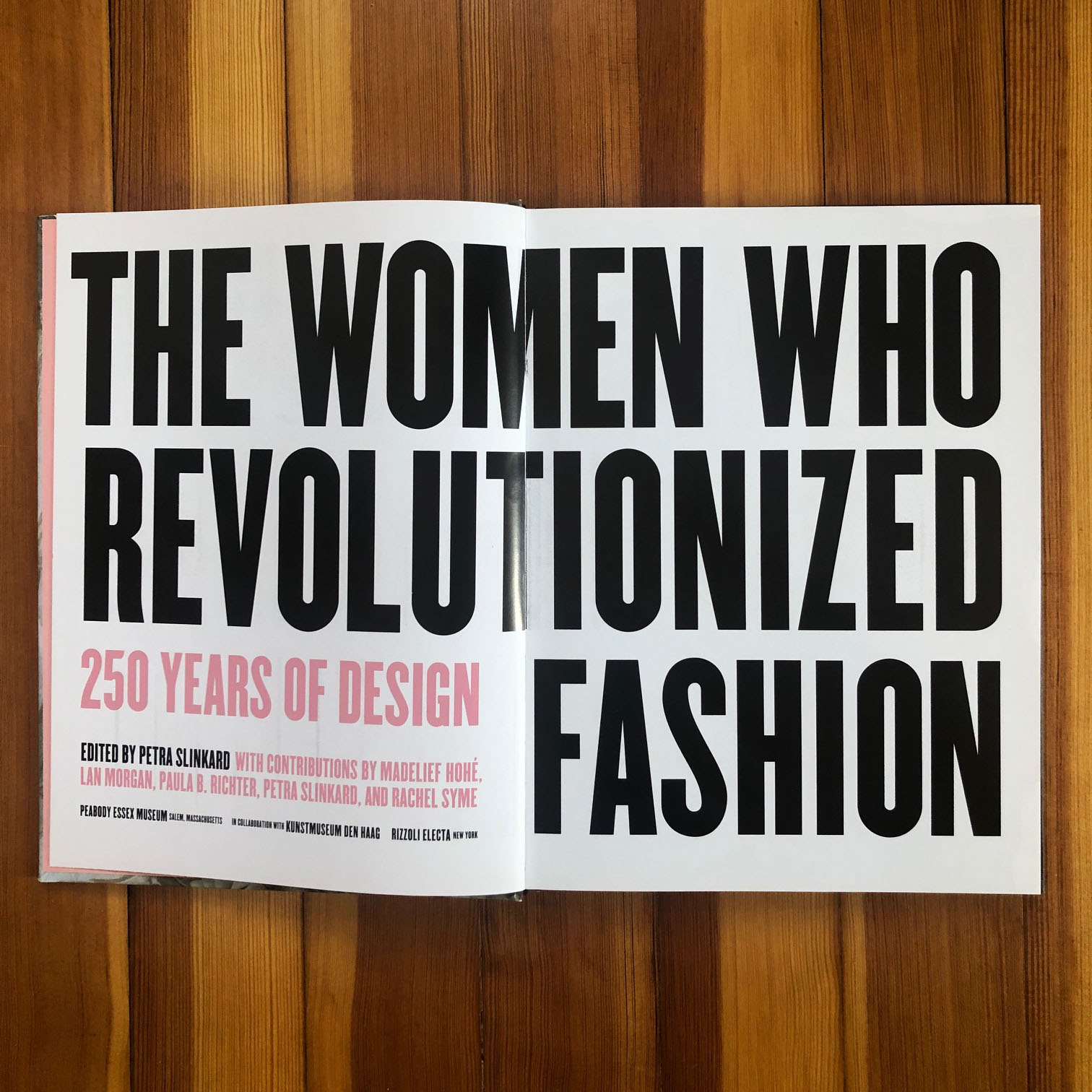