A new fashion season is upon us, so immediately all eyes turn toward … Los Angeles?

Yes, Los Angeles got the jump on New York Fashion Week by attracting a number of high-profile designers, specifically those who engage in the see now/buy now approach to fashion shows. When looking at doing a current season presentation, LA makes a lot of sense. As New York is bracing for as much as a foot of snow over the next couple of days, Southern California is at least warmer, even if the fog has gotten in the way on a couple of occasions. Rachel Comey and Rebeccah Minkoff have already had their LA presentations earlier this week, but Tommy Hilfiger was the entertainment extravaganza for which everyone was waiting.

Hilfiger did not disappoint, either. As big as last season’s show was on New York pier, this show was even bigger. Expect more events like this from Hilfiger in the future as well. The designer has said publicly more than once that he sees large-scale presentations such as this to be the future of the runway. No more small, intimate events with tiny runways. Hilfiger is going for large, brash, and exciting as he shows off his Tommy x Gigi collection for this spring.

The event was huge, even if the weather wasn’t quite perfect. Fog settled in early over the Venice Beach area, but that didn’t seem to daunt the fire spinners or the people standing in line to ride the Kamikaze pendulum ride, reminiscent of the carnival theme from last season. Guests had plenty of opportunity to take selfies at several appointed selfy stations and spent much of the time both before and after the show perusing the multiple “merch” tents where they could be the first to buy the pieces from this new collection. There were seats for a thousand “industry” people, including singer Lady Gaga fresh off her Super Bowl halftime appearance. Another two thousand filled the standing-room areas, cell phones and cameras in hand, ready to catch a glimpse of the next celebrity they might spot and there were plenty to choose from, with Cameron Dallas, Kaia Gerber, and Sofia Richie among those in attendance.

This season’s show was truly a California experience, which makes sense considering Tommy’s muse/collaborator Gigi Hadid lives right up the road from the beach. In fact, both her mother and her brother were sitting front row and her sister, Bella, walked immediately behind her. Friends of Gigi were scattered throughout the crowd, sometimes catching the model by surprise as they yelled out to her. The show was very open, though security was still tight. There were people on unicycles riding along the sidewalk, and a drum circle was playing rhythms that sometimes conflicted with the music. The air was also permeated with the unmistakable fragrance of marijuana, which is legal in California. All this made for one very SoCal-specific show.

And the clothes? Totally Tommy, and totally SoCal. Gigi told Vogue: “I was thinking about Santa Monica Pier, and what I might wear for a day at the amusement park and the candy shop. Maybe it’s boyfriend jeans, or an oversize shirt you borrowed from your uncle and chopped into a crop top. The idea was that it could have been made with family and friends.” There was plenty of the brand’s red-white-and-blue motif throughout the collection, along with a significant amount of denim, but there were some significant changes from last season.

What we didn’t see:

In the end, moving the show to LA was a particularly smart move for Hilfiger. He’s playing to his core audience here, much more so than in New York. His current season approach and the fashion-show-as-extravaganza philosophy resonate more here than in the Big Apple. Plus, he’s not competing as hard for attention here as he would back in Manhattan. Everything about this show worked well for the brand.

Will Tommy continue to show places other than New York? Probably. He has said that he wants to take the concept world-wide, so there’s no telling where he might pop up next season.

Here are some of our favorite looks from the show: 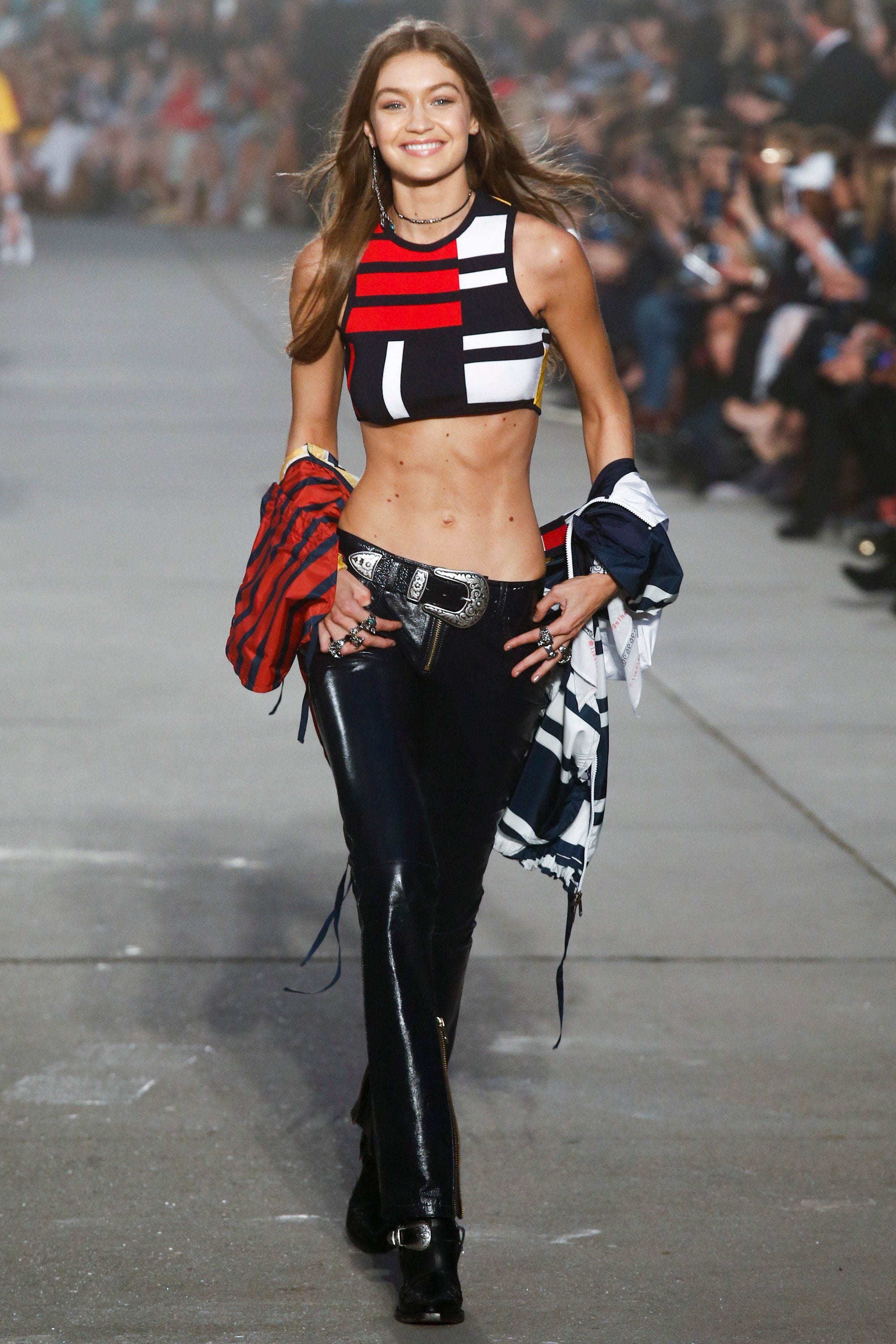 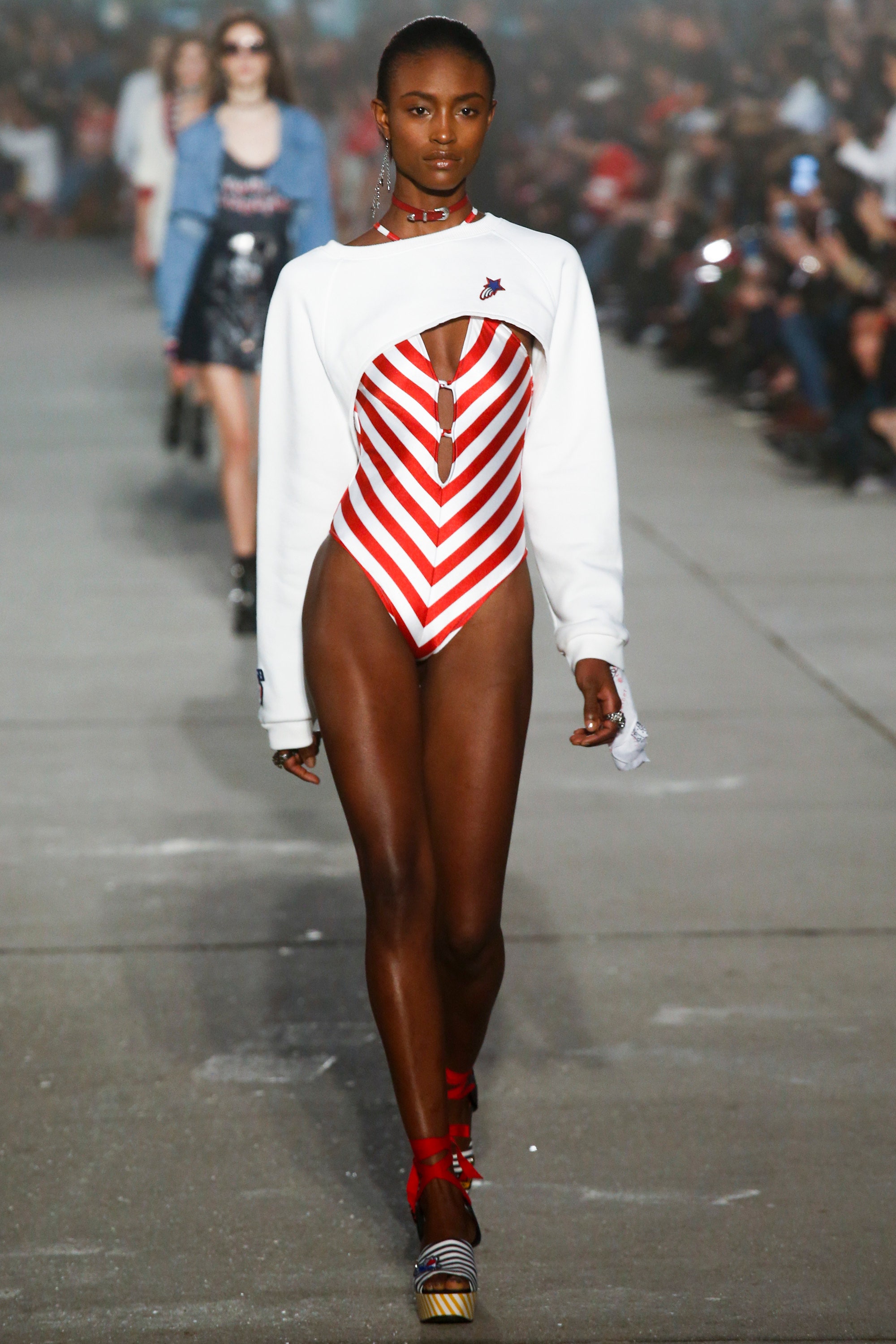 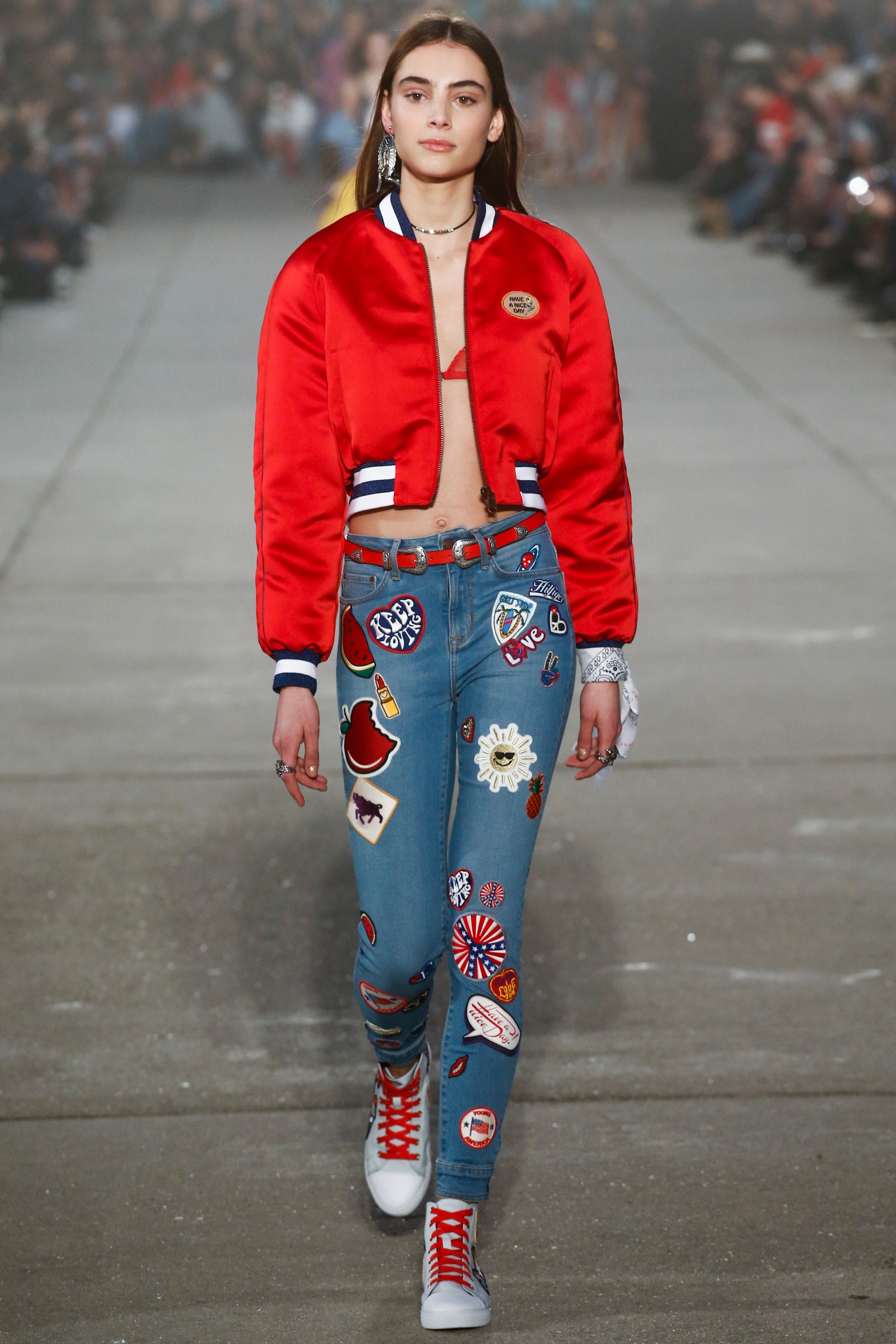 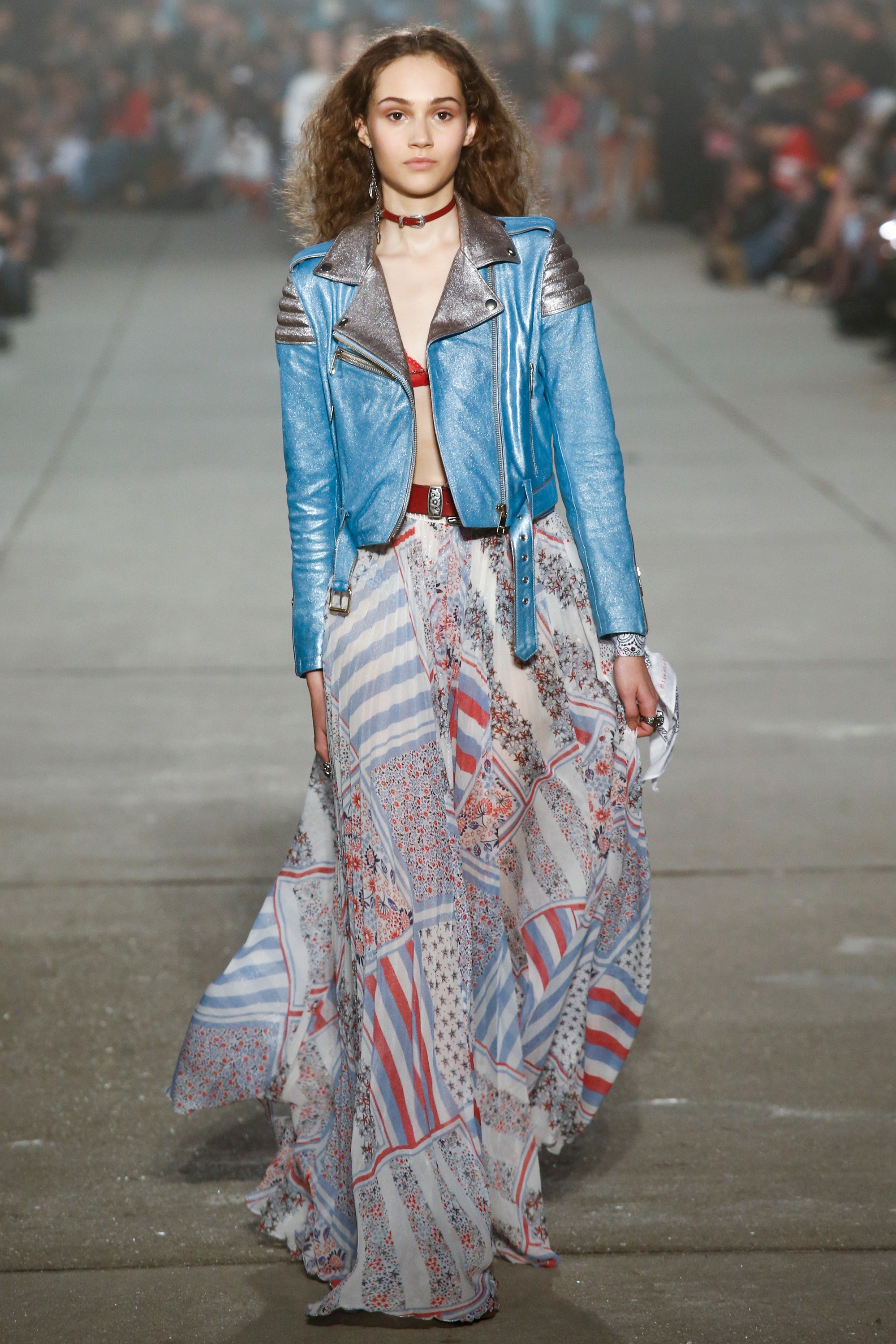 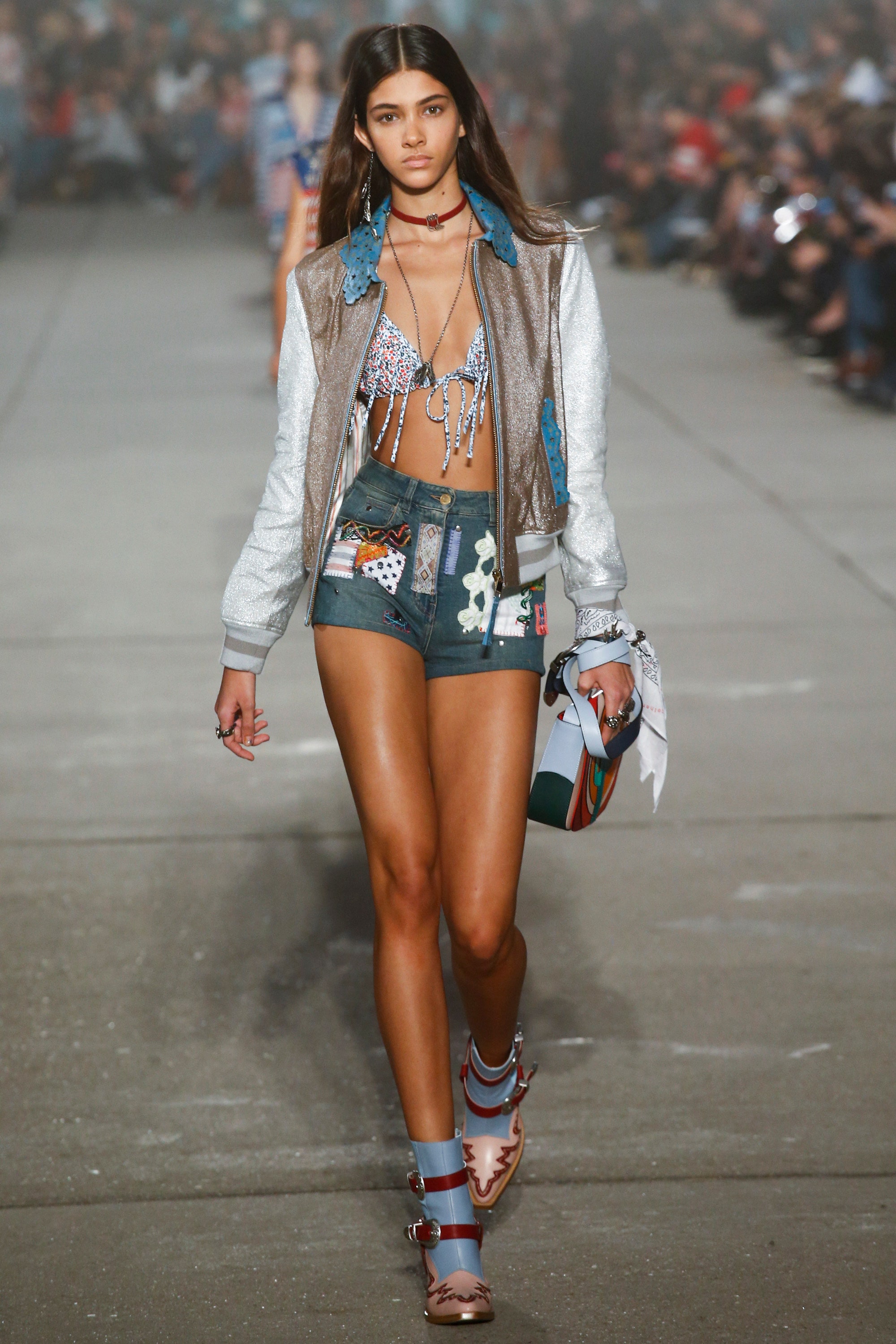 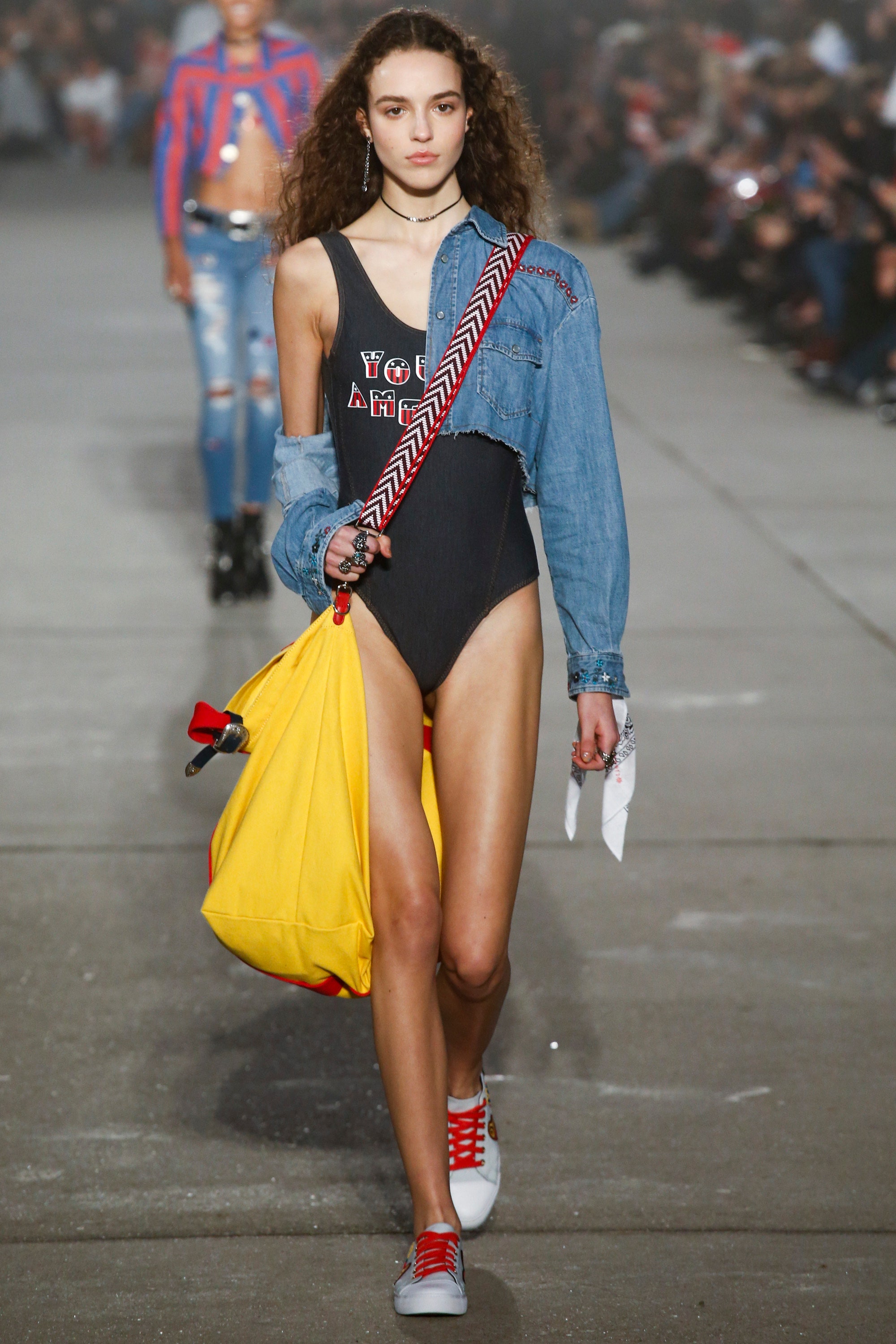 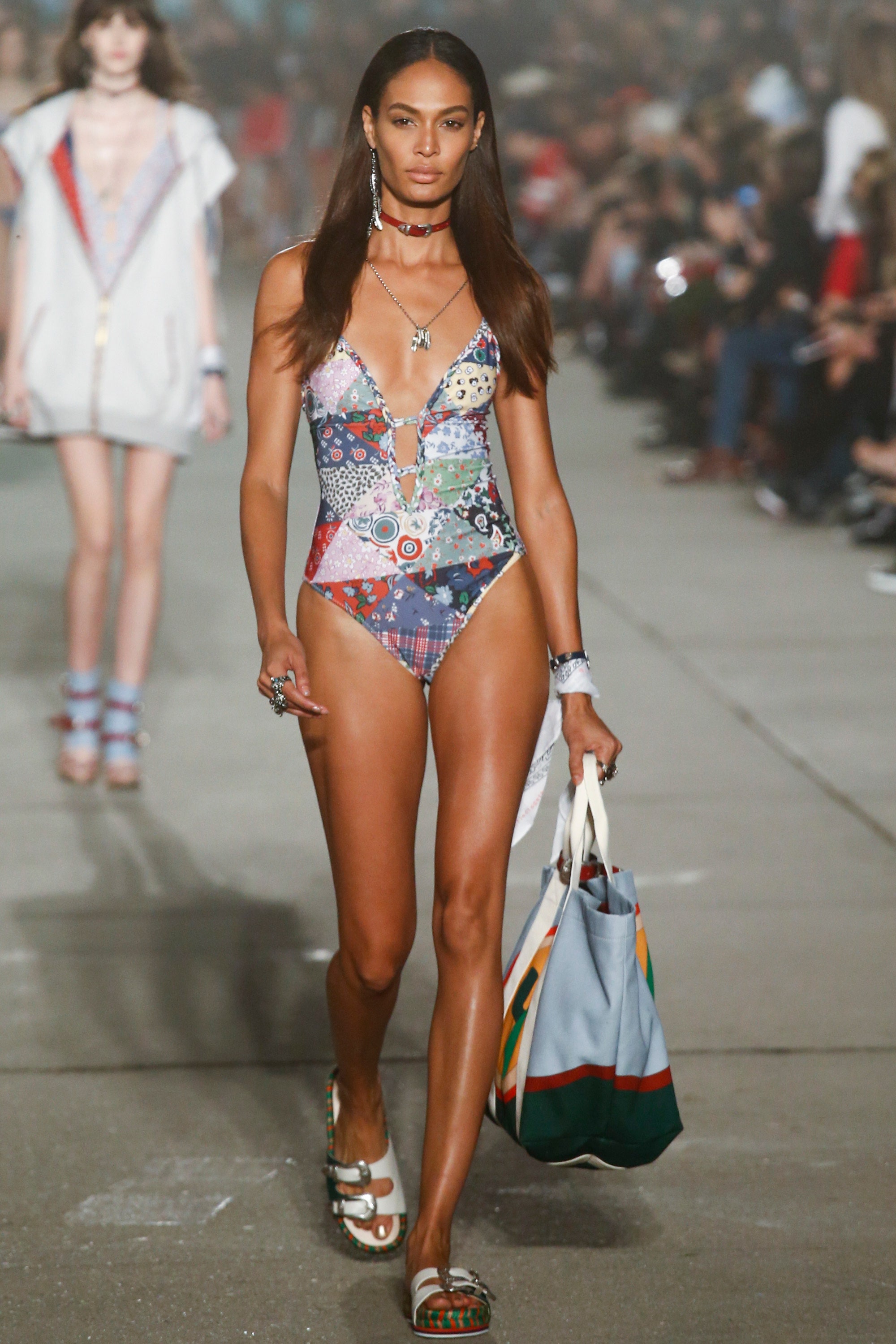 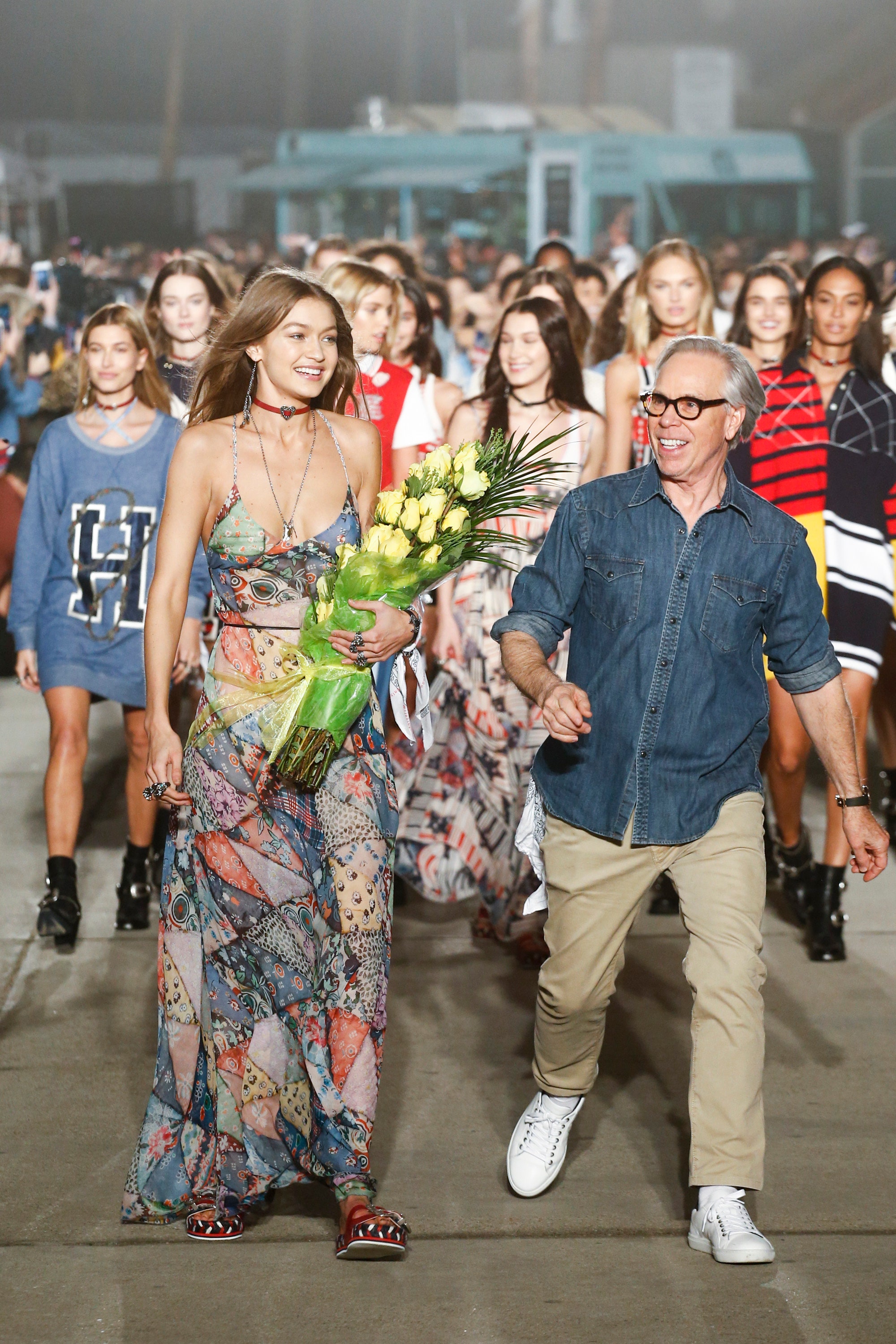