Being an eveningwear designer is a rather special place within the fashion industry. Not every woman needs eveningwear as part of her wardrobe. In fact, it is a very small minority of women who ever have a reason to purchase an evening gown. While many designers mix eveningwear with daywear, Tadashi Shoji chooses to remain exclusive to his formal red carpet after 5 looks. There’s nothing in the collection that even comes close to being appropriate elsewhere.

Being that exclusive, however, can have some drawbacks, especially when it comes to choosing themes. It takes a really large and open concept to facilitate the creation of an entire collection without feeling forced or overdone. There have been seasons where Shoji does this extremely well. This season is not one of them.

Without question, the designer meant well. His notes talk about wanting to share hope, positivity, and giving every woman the feeling that she can be a star. Tadashi is, with good reason, concerned about all the negative news with which people are inundated on a daily basis. His purpose was to create a collection that takes one away from that worry to a place where everything is bright and cheerful.

One would think that outer space would be the perfect theme, bright, expansive, and full of endless possibilities.  What Shoji discovered, perhaps too late, is that once one has done one cosmological print, there’s really nowhere else to take that theme. From a distance, all the stars and constellations look the same. Waves and folds and cuts obscure the detail that allows the viewer to distinguish one print from the other. As a result, what one feels when watching this collection walk is monotony. Everything starts looking the same, or at least similar, after the 10th look, or the 13th if you slept through the first five.

Tadashi’s silhouettes are, as always, stunning. HIs gowns are frequent red carpet choices because of the way they flatter a woman’s body and look stunning under a spotlight. At smaller events where one is likely to be the only one wearing Tadashi Shoji, this collection has a chance to work. At larger events, though, some careful coordination might be necessary. Fortunately, while the prints themselves are duplicated too frequently, the individual ensembles are still stunning. Here are a few samples. 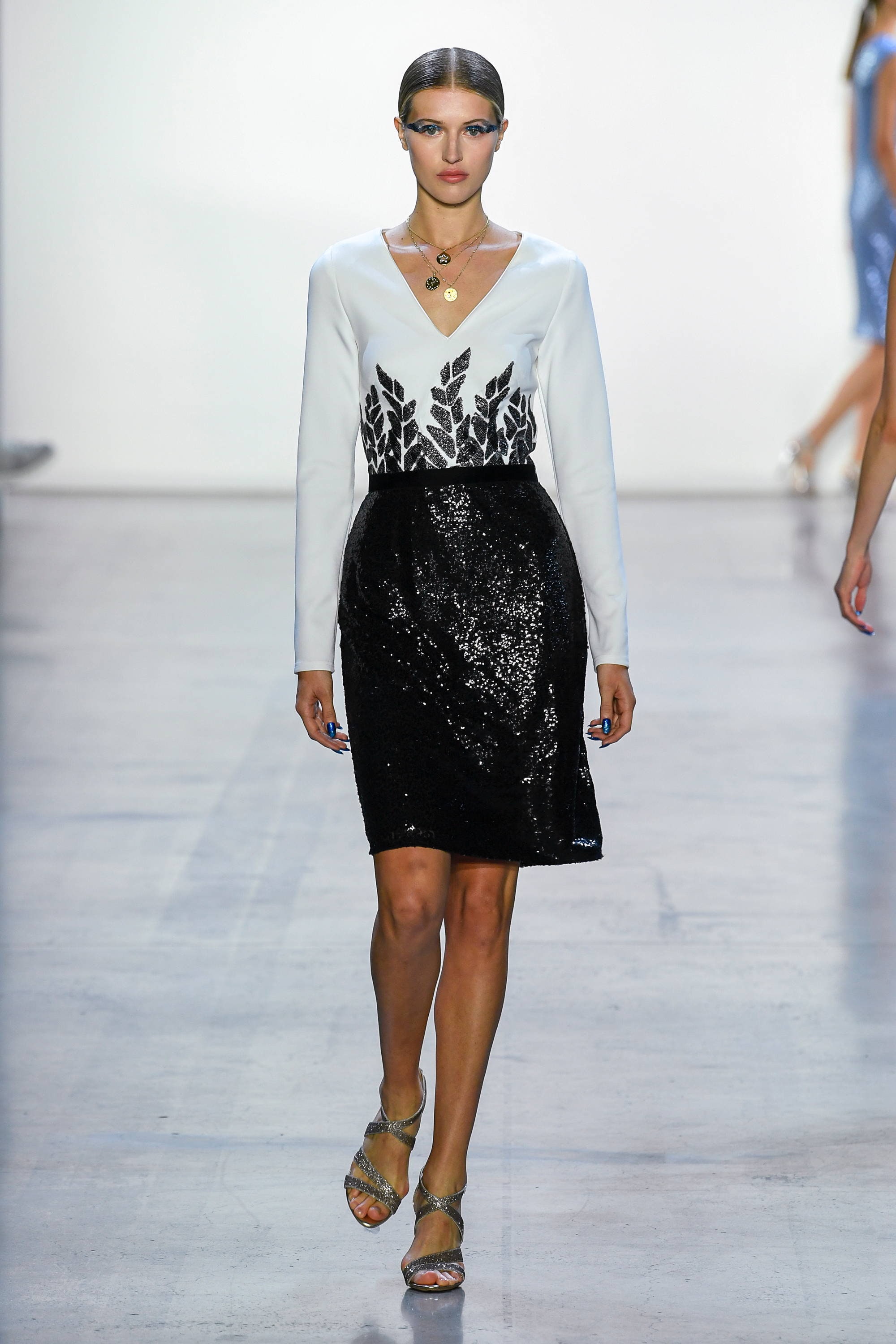 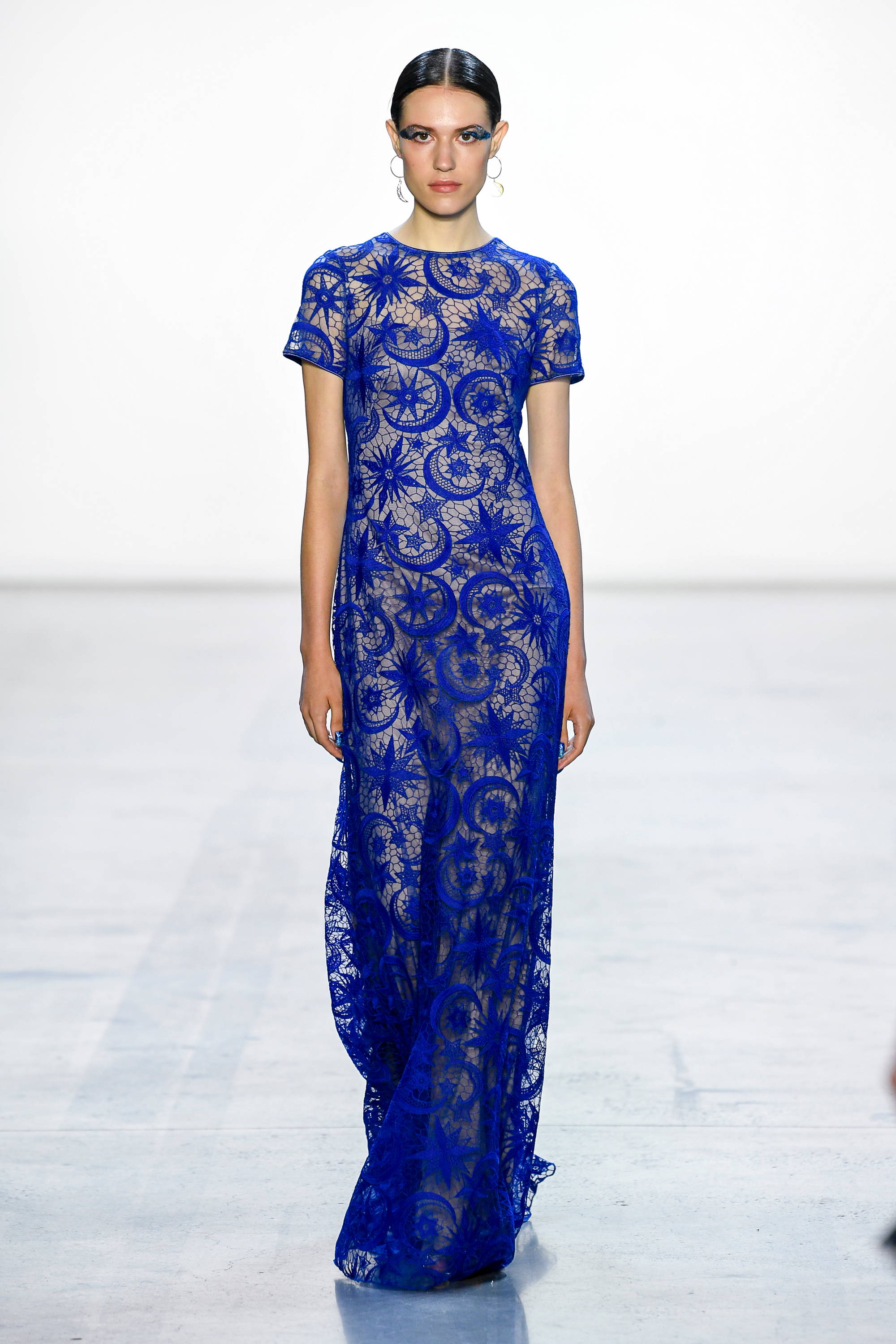 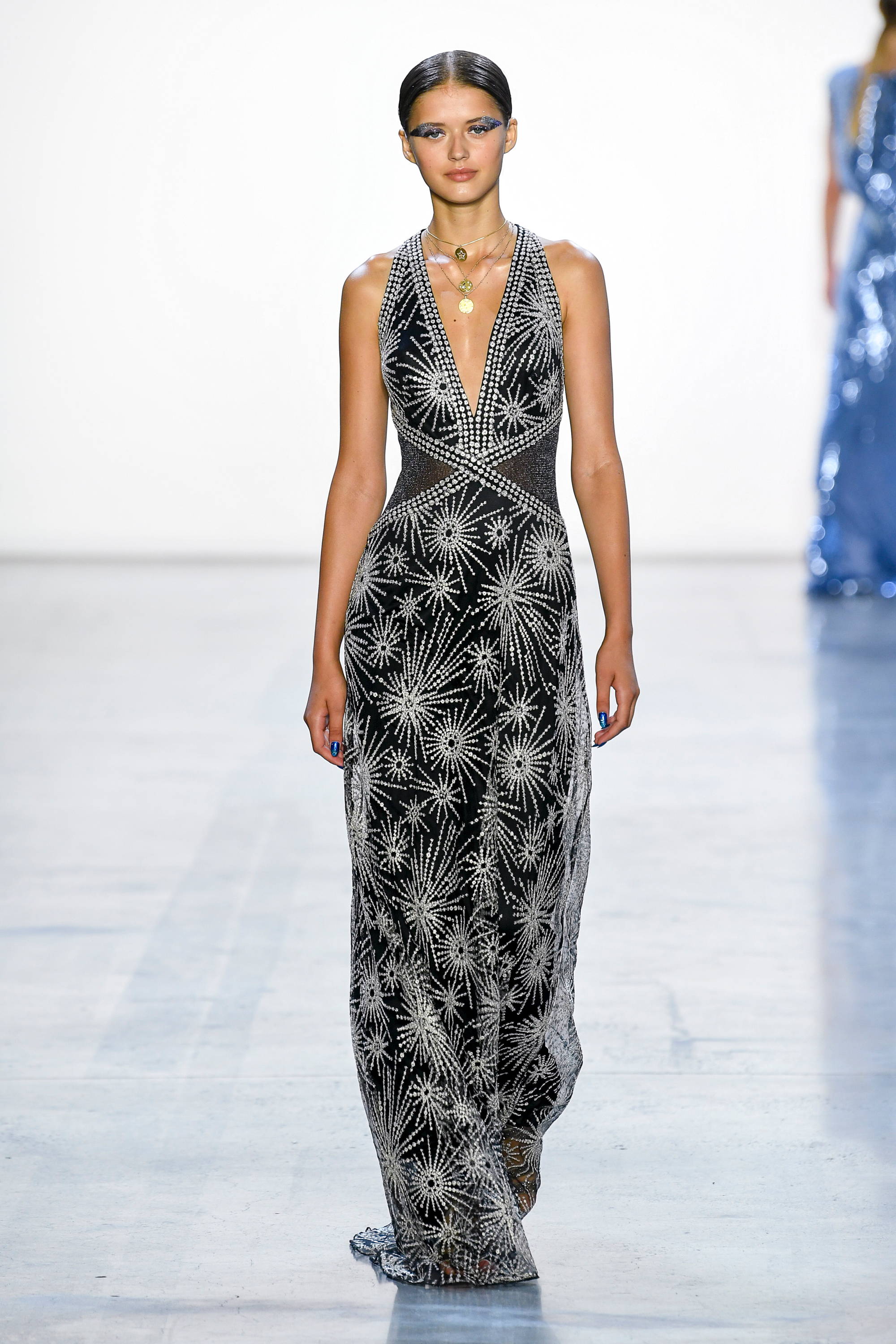 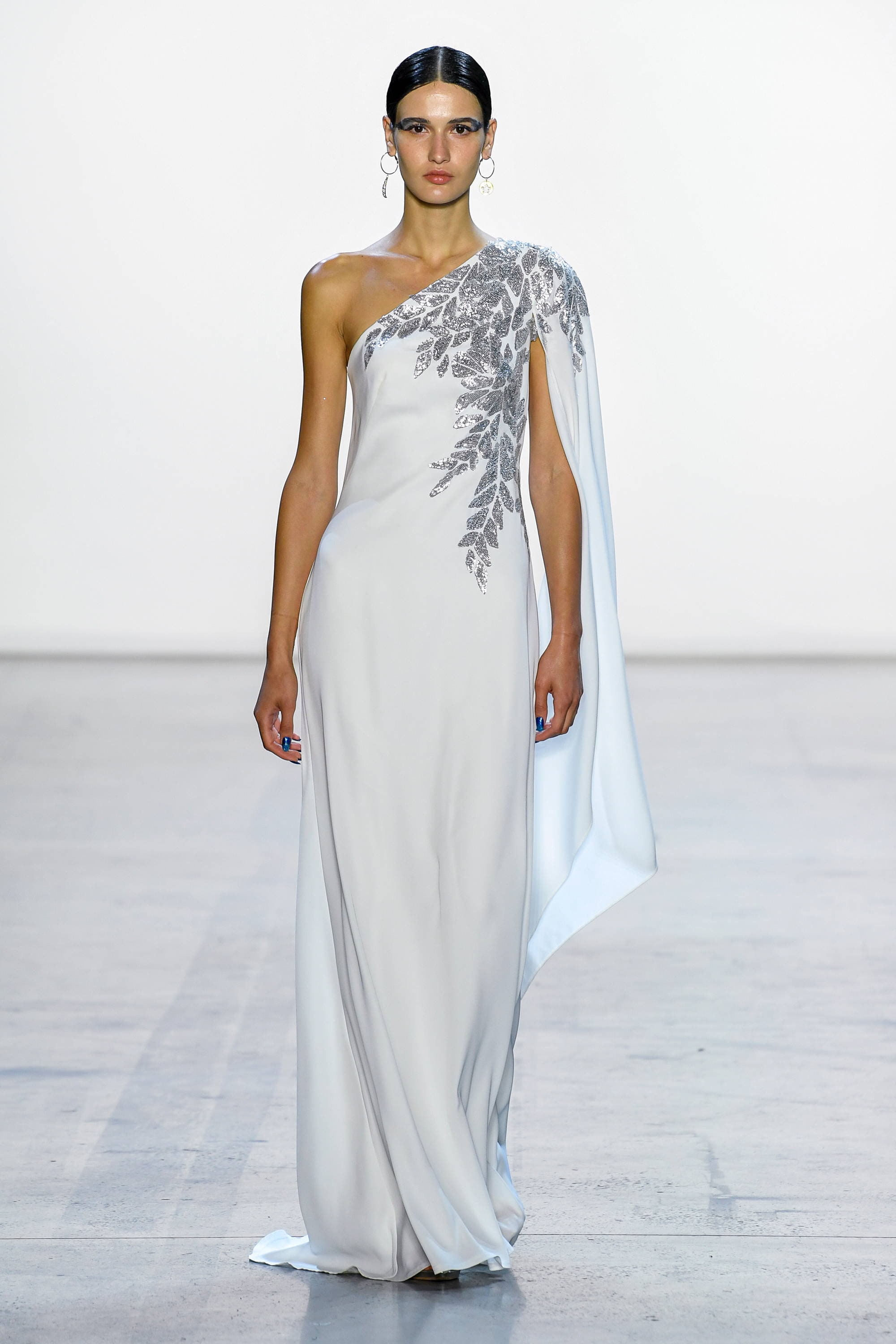 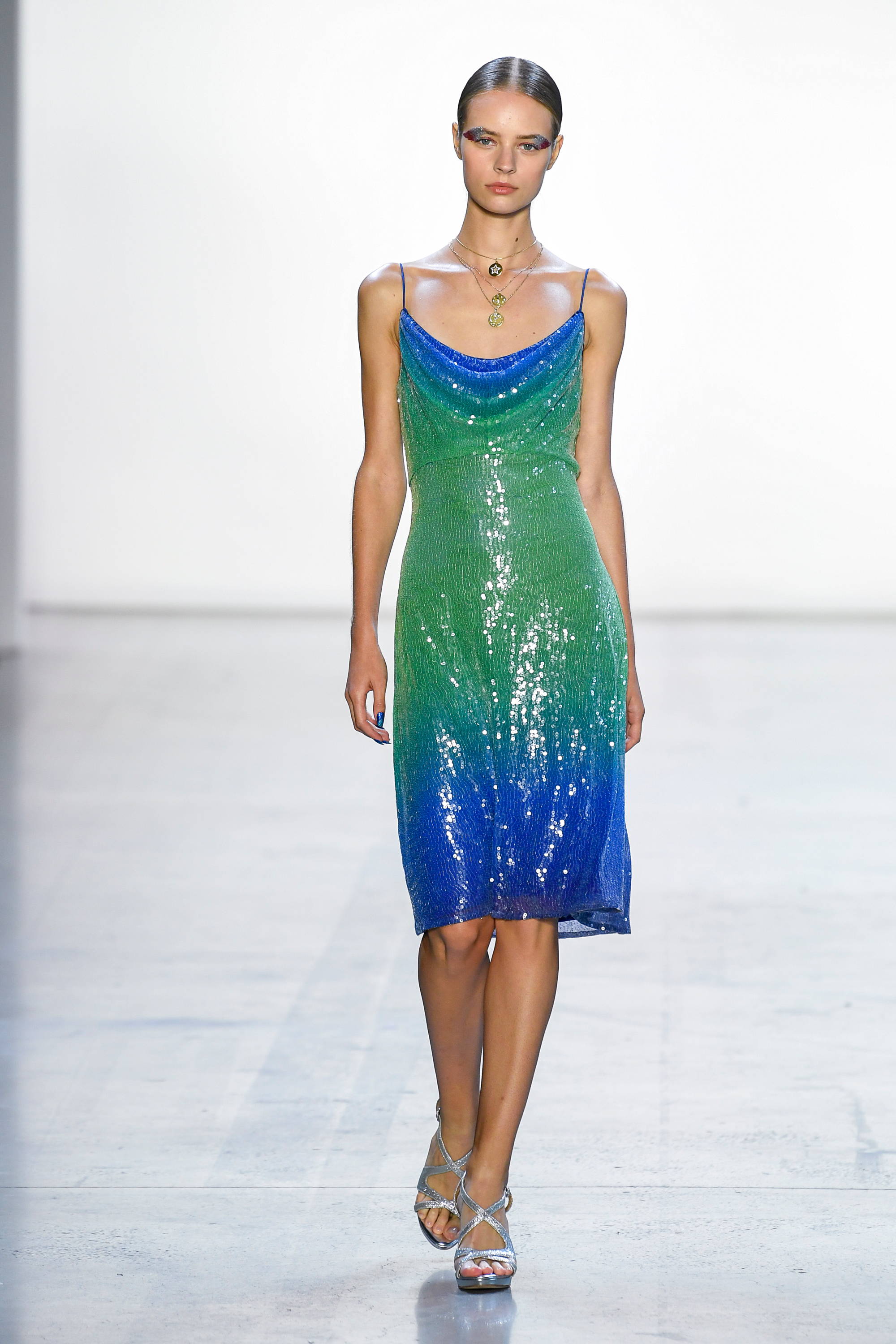 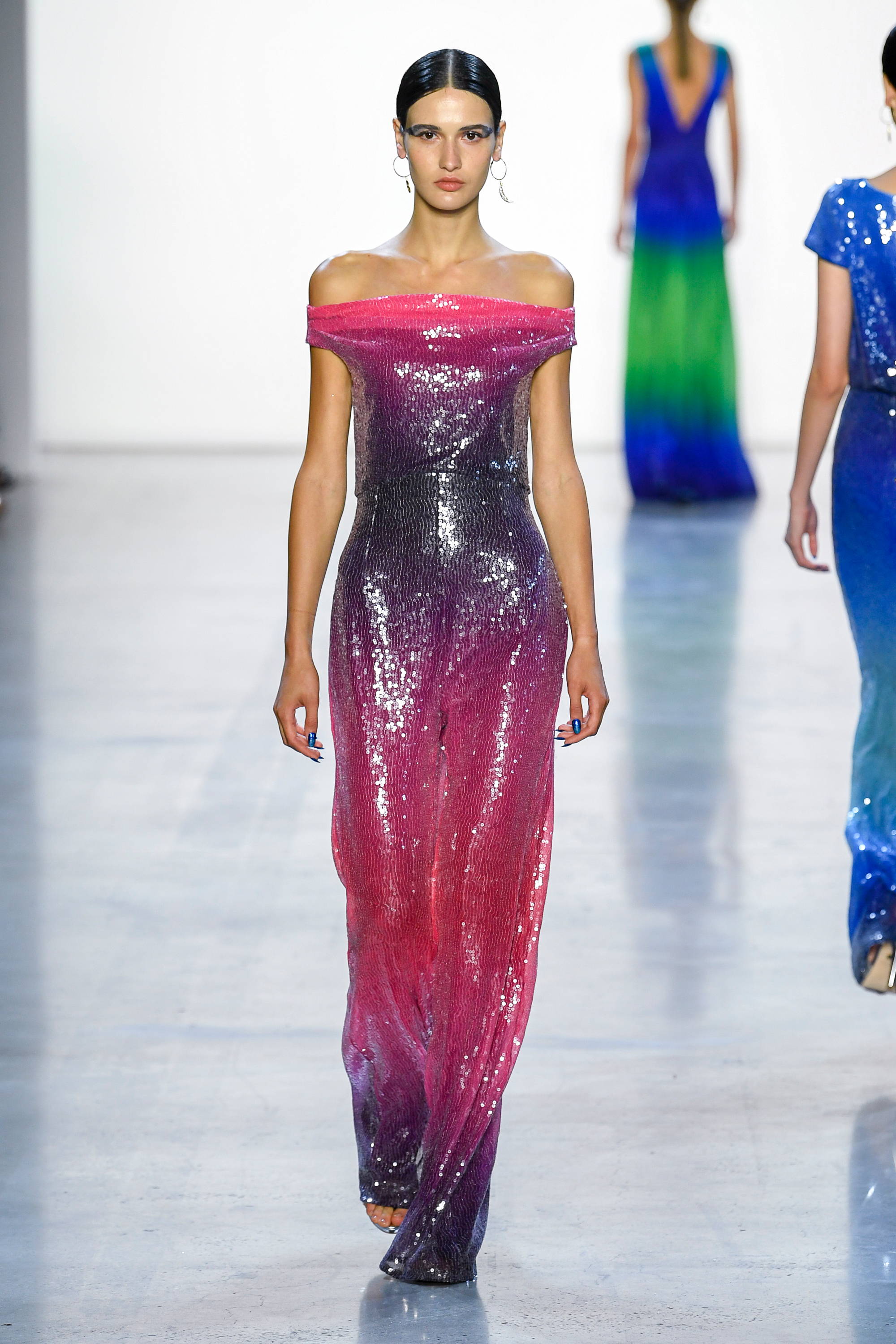 Tadashi Shoji is a fantastic eveningwear designer. I don’t think anyone with a brain would argue that point. I don’t mean to diminish his talent in any way. This season’s collection is just not as stunning as we’ve seen from him previously. A little more variation, a little more reaching outside the box, would have made a lot of difference in how this collection is likely to be received.

Being an eveningwear designer is tough, though. We can excuse a little repetition, especially when what one is searching for is happiness.