People in the US easily forget just how relatively young our domestic fashion scene is. We don’t have any design houses like Pringle of Scotland, Lanvin, or Louis Vuitton that have over 100 years of history. A combination of US laws and an extremely aggressive market make it extremely difficult for fashion brands to compete, much less survive for more than a few years. For Ralph Lauren to make it 50 years is very much a big deal and certainly an event worth celebrating.

In a pavilion constructed in Bethesda Terrance Tunnel in Central Park exclusively for this event, everyone who is, or in some cases claims to be anyone in fashion and/or entertainment was there. I can just imagine the number of celebrity encounters that must have occurred at airports as everyone from Steven Spielberg, who arranged the evening’s soundtrack, to Robert Deniro to Anne Hathaway to Tom Hiddleston and dozens of others were present. The guest list was rather impressive.

What makes Lauren’s anniversary epic is that almost every American has a Ralph Lauren story of some kind. Mine started in 1972 when he introduced those now-famous polo shirts in 24 colors. While everyone liked the style, and several copied it, the shirt with the embroidered polo rider soon took on the symbol of social status. In the hallways of my school, a Polo shirt stood for elitist, entitled, richer-than-everyone-else snobbery. In college, Polos were the default wardrobe of frat boys with fat trust funds majoring in misogyny and drunkenness. As a result, many people saw the label not as something to achieve, but rather a characteristic to avoid.

Ralph Lauren, the brand, could have died on the altar of preppy elitism and never survived past the 90s had it not been for Ralph Lauren, the designer, being determined to capture the American spirit in his clothes. The designer from the Bronx grabbed onto the concept of the American West, the cowboy, and he became that hard-working, blue-jean-wearing icon so familiar today. He made it cool to wear jeans and cowboy boots with a blazer. Denim skirts and crushed velvet dresses attracted women from the Midwest and the Southwest, not just the fashion-sensitive coastal cities. Lauren became an American legend.

Every last bit of that heritage was on display in this massive anniversary show. Over 200 models, ranging in age from mid-70s to at least one toddler who fell asleep before it came to his turn to walk down the terrace steps, represented every aspect of the label that has ever been sold over the past 50 years. The display was gargantuan, exceeding that of the most elaborate Dolce & Gabbana presentation. Entire families walked down the steps together in addition to the predictable models such as Kaia Gerber and Gigi Hadid.

With such an immense show, there is no way to fully recount all the fabrics and looks on display. A decent summary is to say that patchwork was the most frequent pattern, crushed velvet the most common fabric for women, and tweed and denim at the core of men’s looks. Of course, there were also hefty displays of leather and a fair sampling of knits when the collection finally got around to acknowledging sportswear—something the brand now plays off as a secondary market.

Here are a few of the more memorable looks from the show: 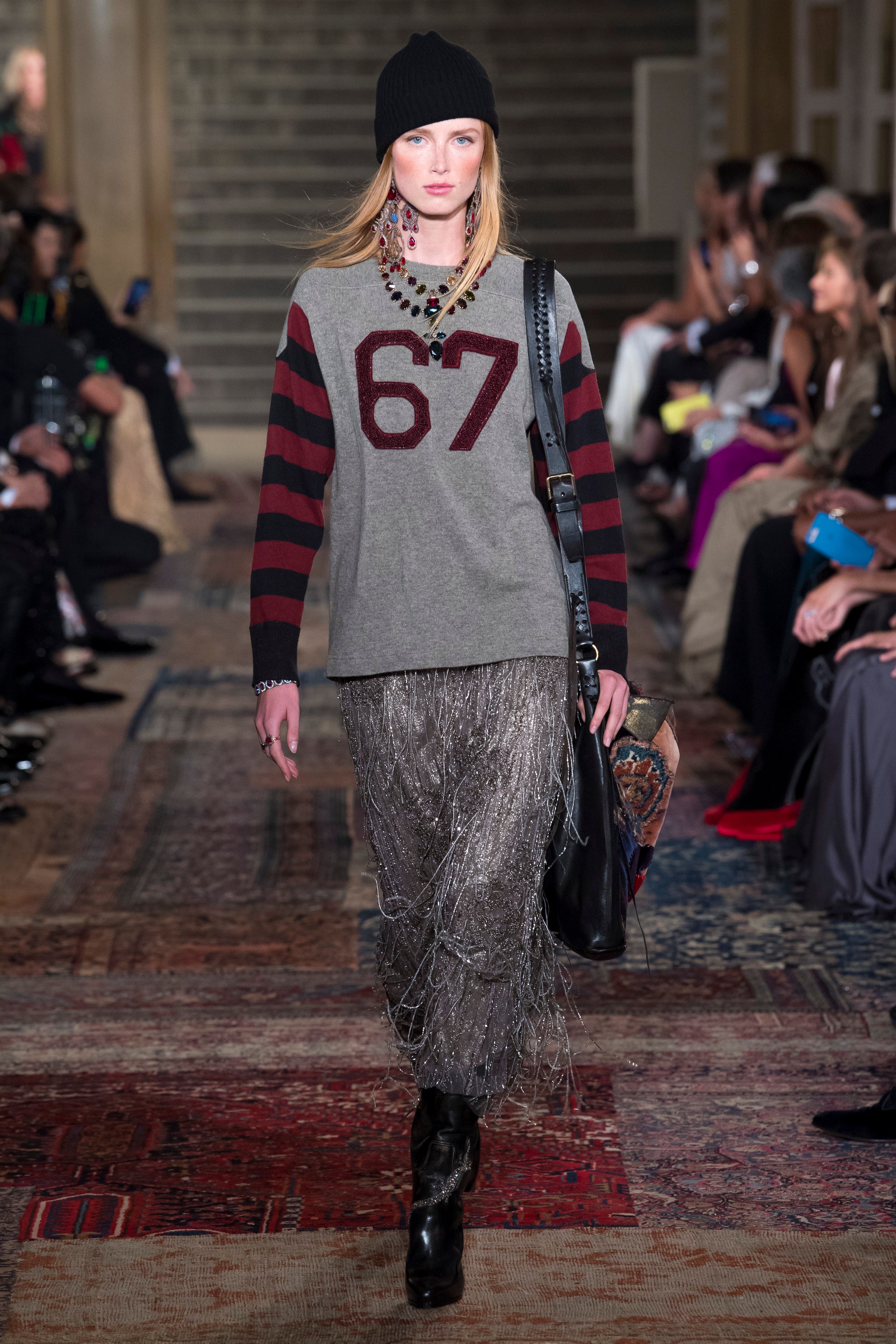 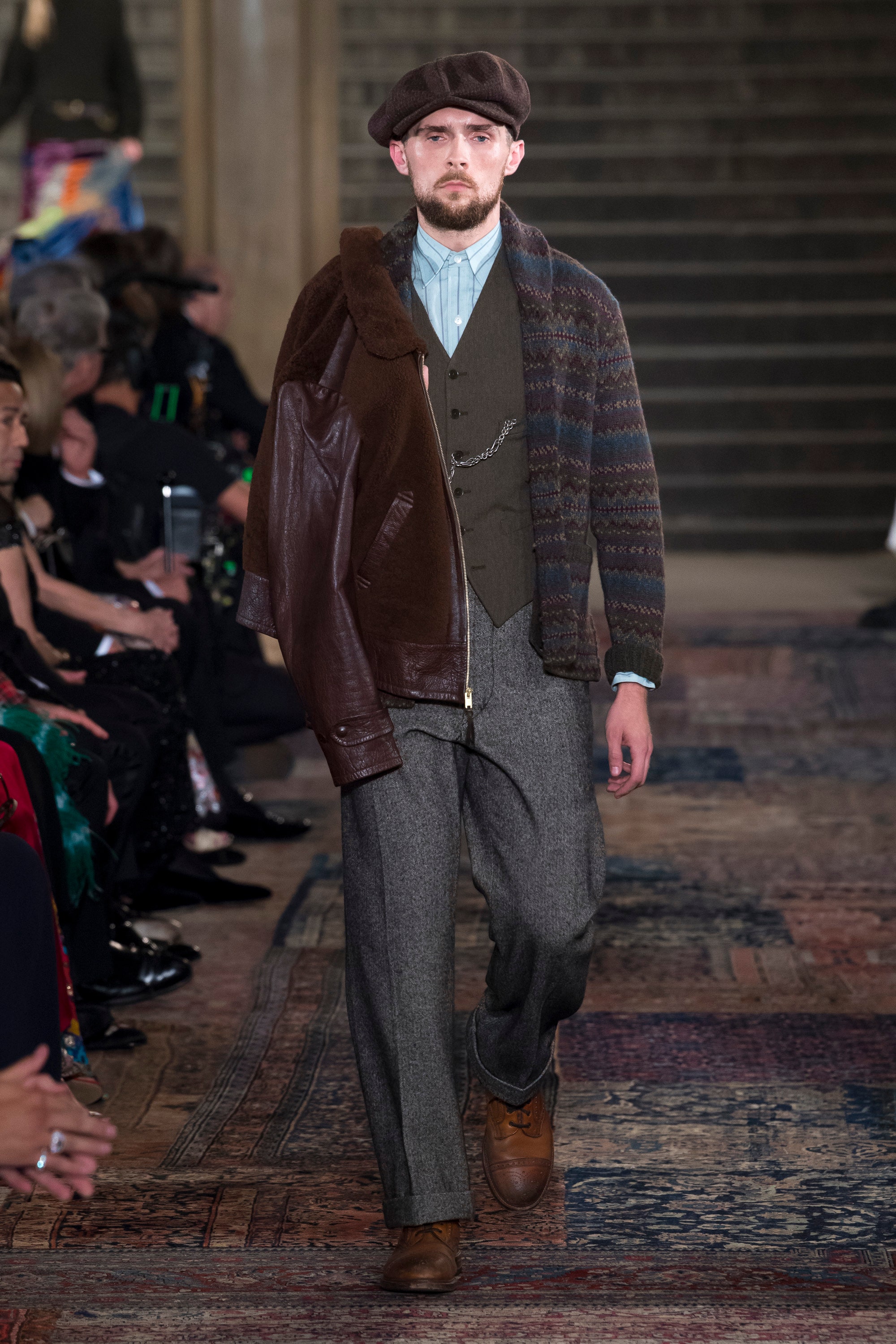 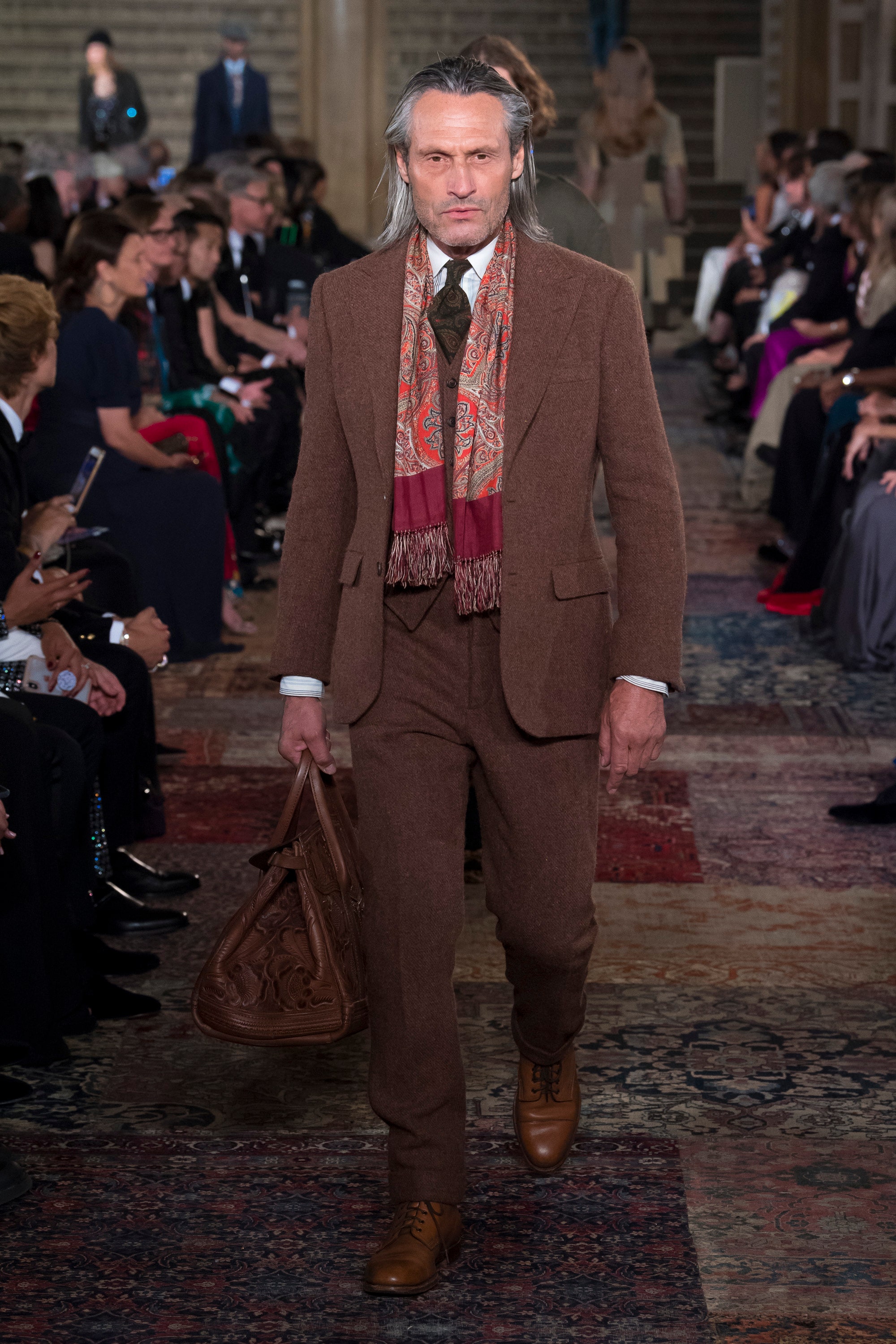 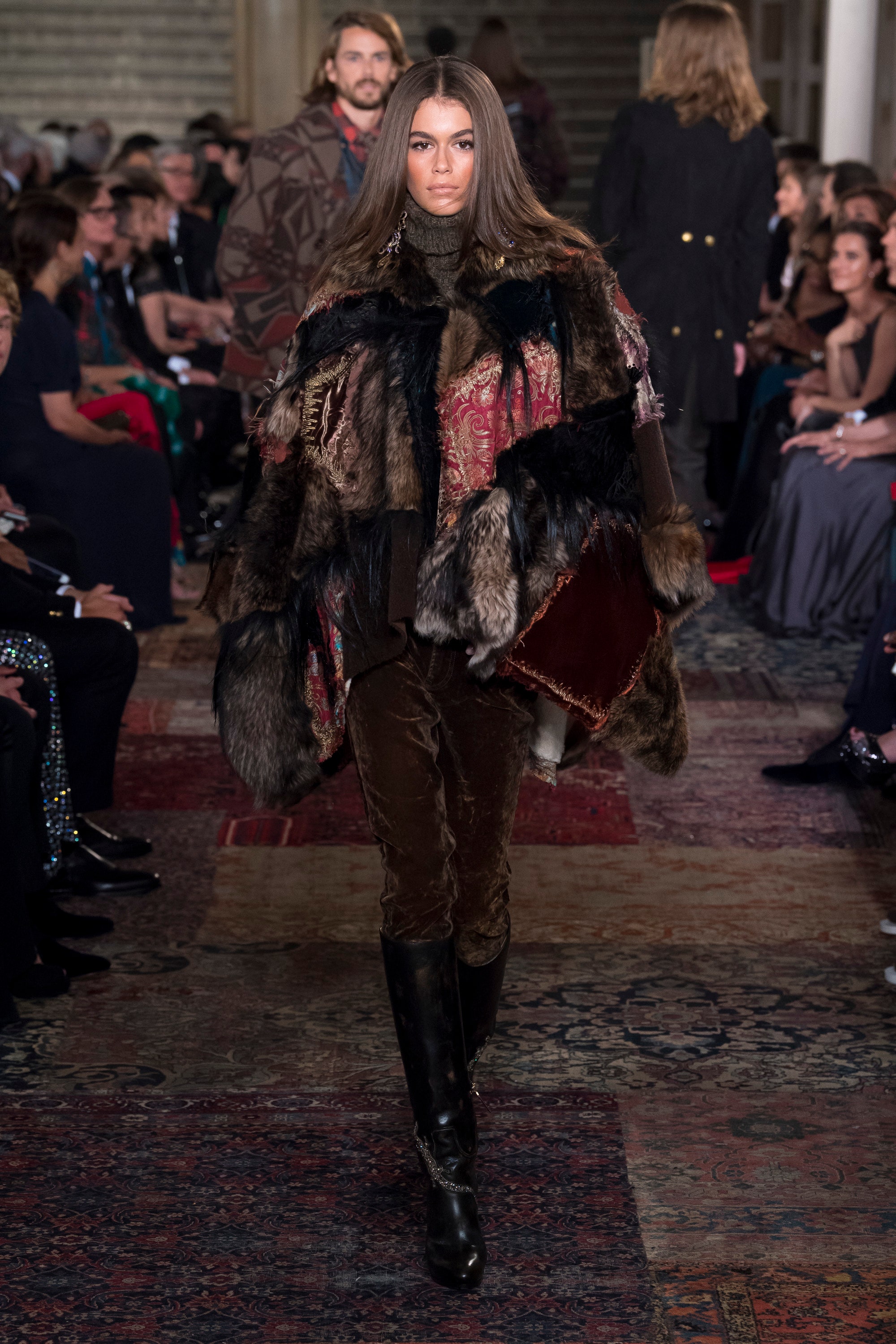 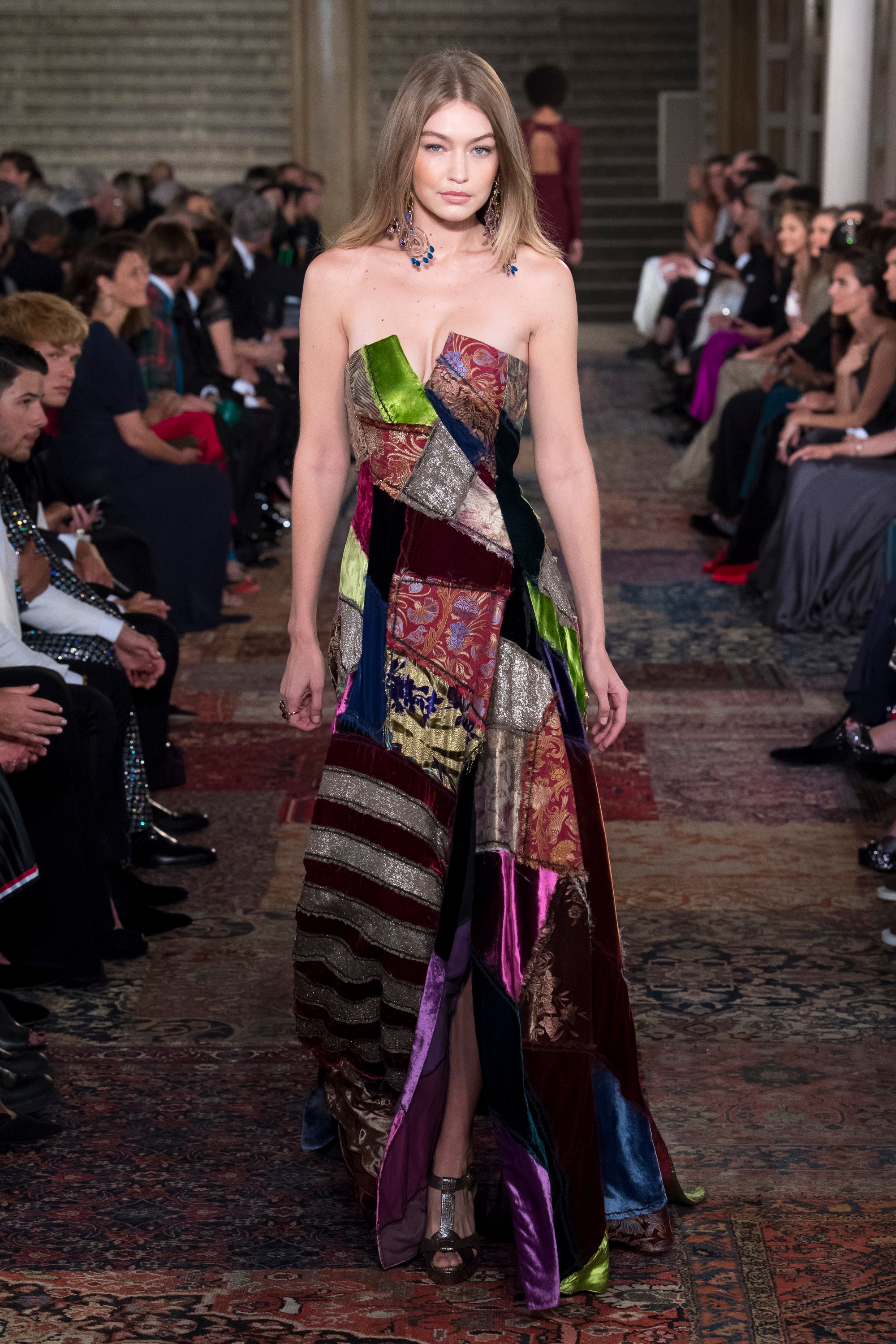 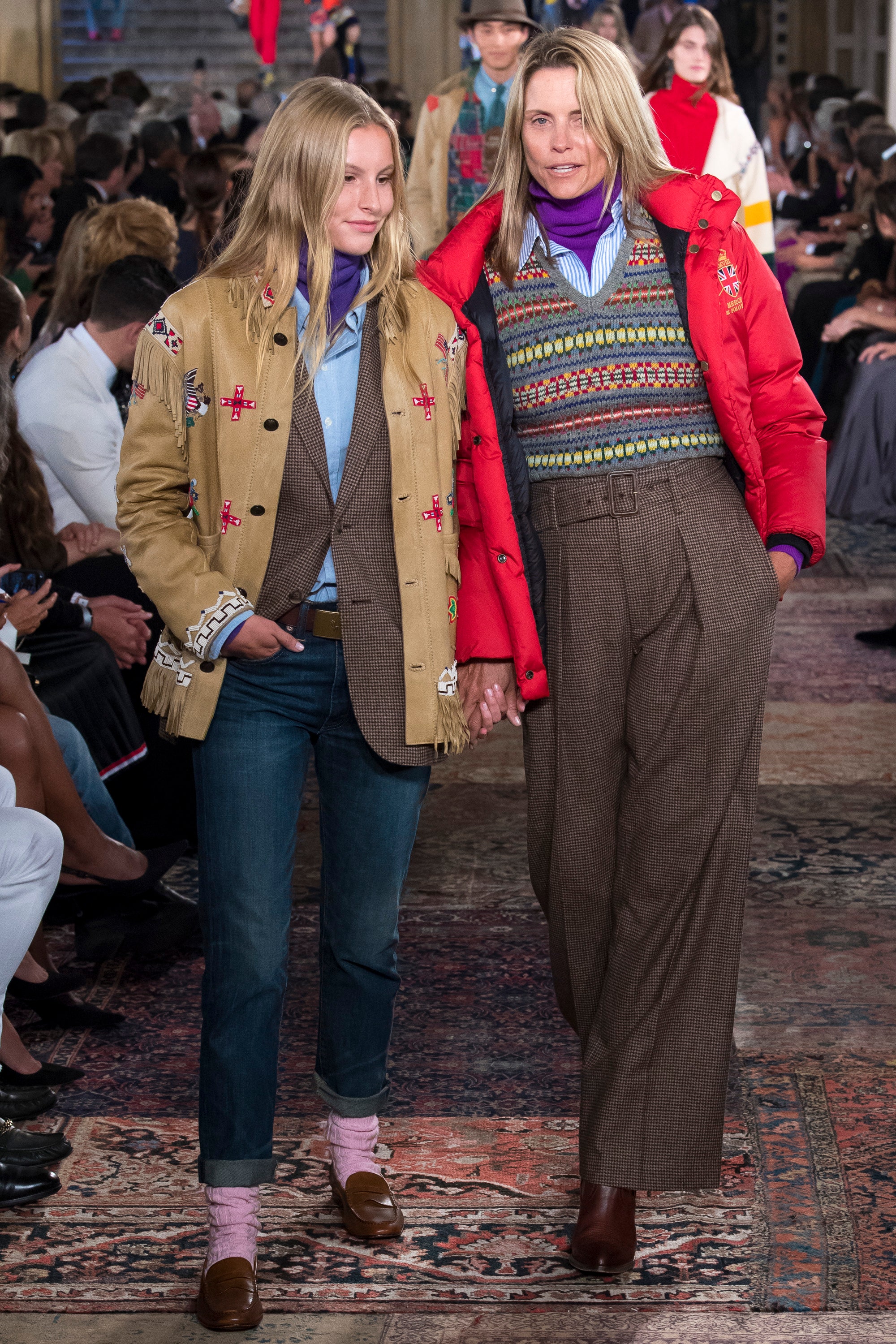 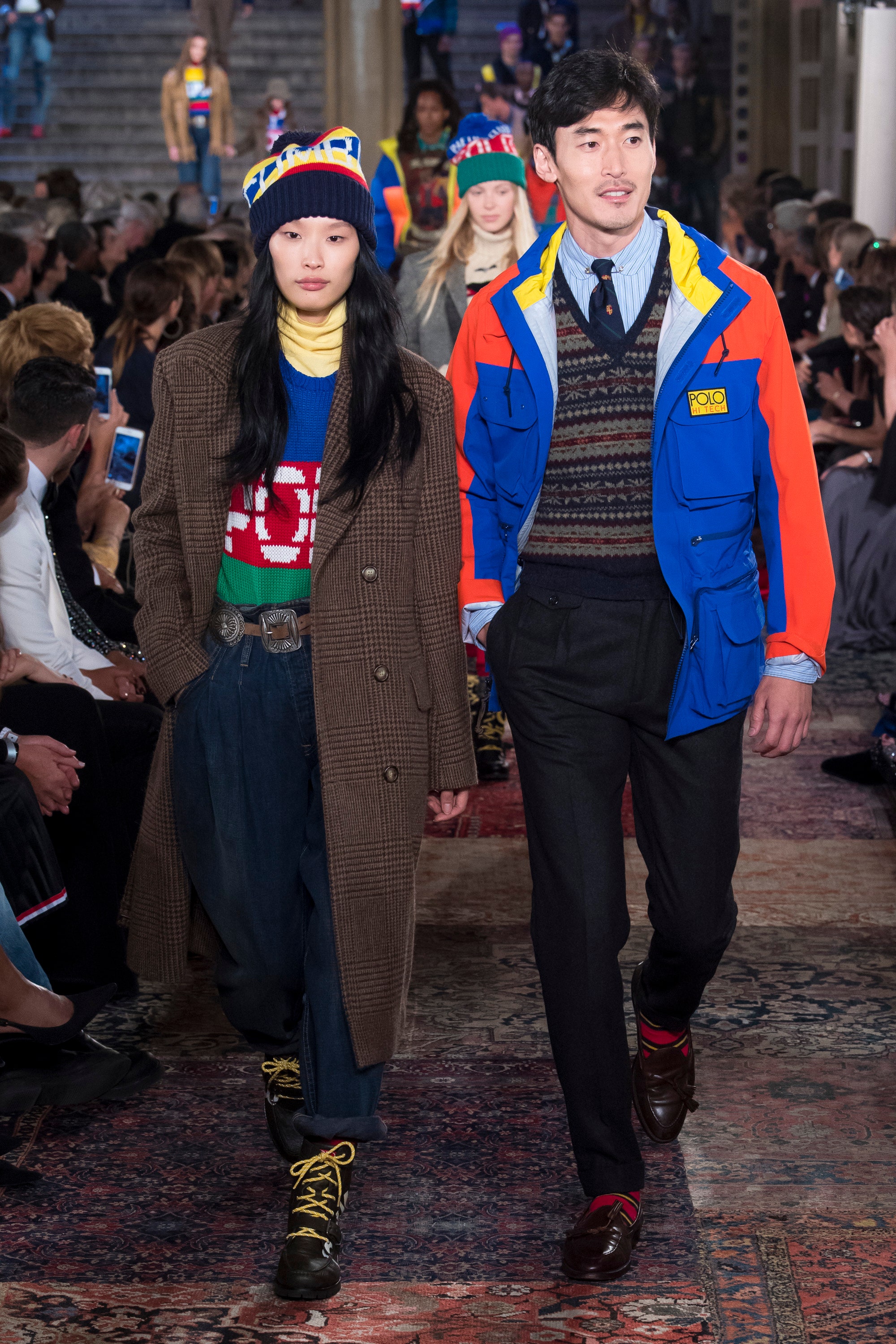 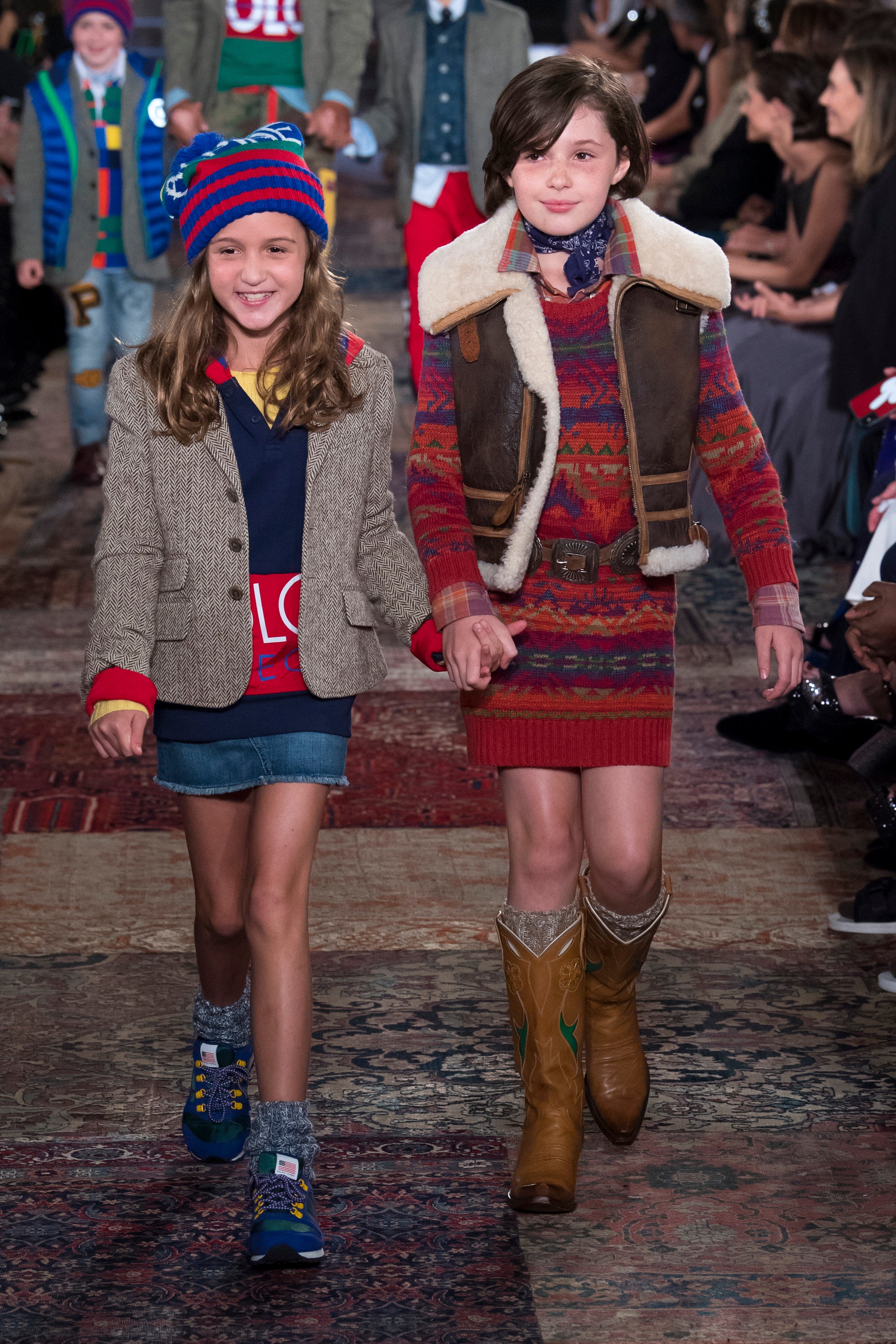 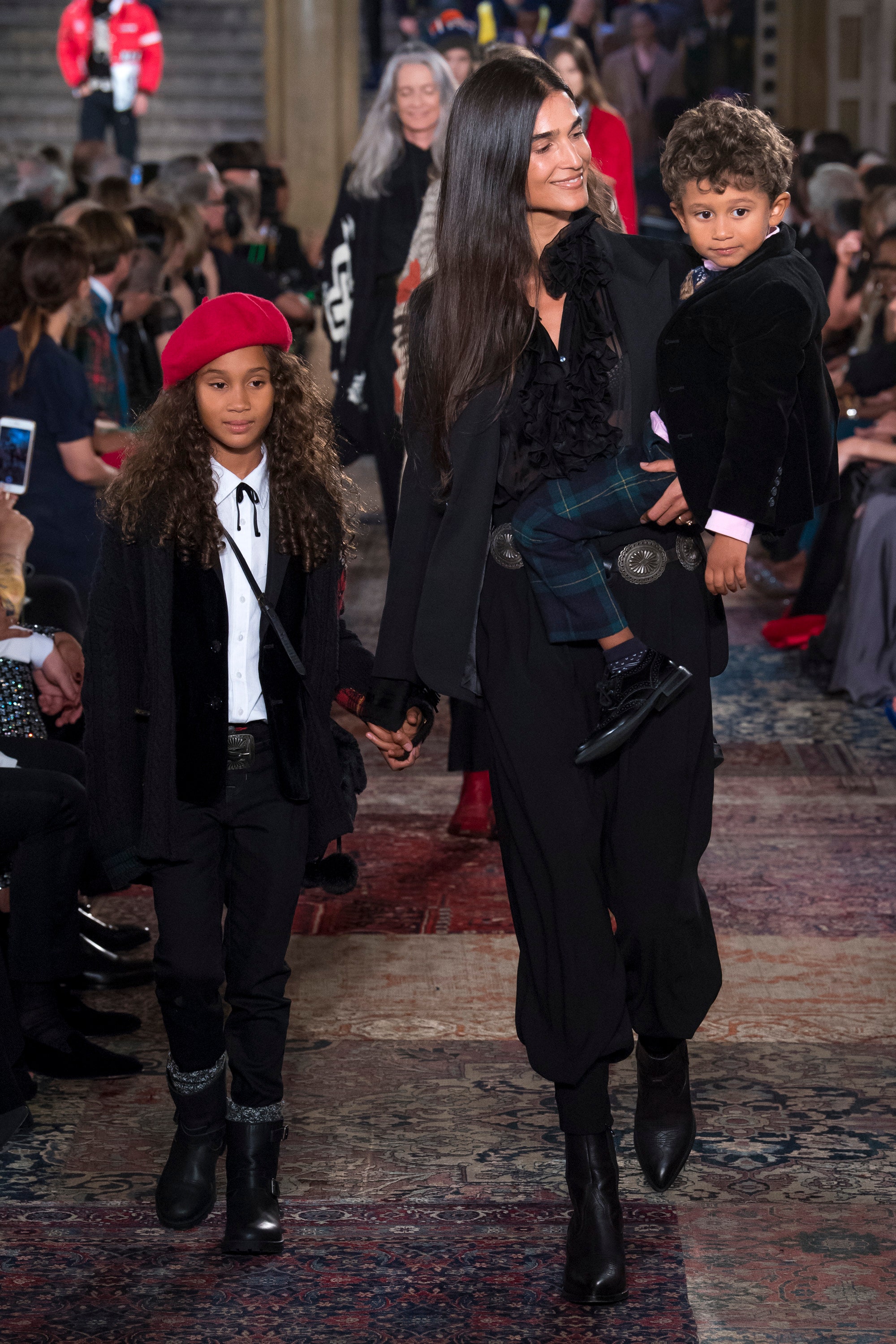 The whole scene of multi-generational togetherness was almost enough to bring a tear to the eye. What could be more wholesome, more American, than this rainbow of well-dressed, perfectly styled people?

Then, I made the mistake of dropping out to the label’s website. All that elitism that was dominant in the 70s is still there. Good luck finding a shirt for under $100. The tweed vest paired with several of the early looks is just under $400. The patchwork dress that was worn by Gigi Hadid, the one with an American flag down toward the hem? $20,000.

Here is where we remember that, despite the down-home look of tweed, denim, and leather, Ralph Lauren is now and always has been a luxury brand. The exclusivity established by its price tag is what makes it so desirable, just like every other luxury brand we’ll see walking over the next month. Sure, one might find knock-offs at fast-fashion brands such as Zara and H&M, but one won’t find the dedication to detail, the quality fabric choices, nor the precision cutting.

The appeal of the Ralph Lauren label is that it doesn’t look like one paid $8,000 for a dress. A person of means can indulge in luxury without necessarily flaunting their wealth in a manner considered unseemly among polite company. One can aspire to wear Ralph Lauren without feeling as though they’ve completely abandoned their modest roots or turned their back on their heritage.

Ralph Lauren understands America better than we likely understand ourselves and that is why his label has endured and prospered for fifty years while others have slipped away and melted into memories. He designs clothes that allow us to feel good about who and what we are. His clothes appeal to people across the entire continent and are strong enough to be handed down through multiple visits to second-hand stores.

50 years is an eternity in American fashion and Ralph Lauren deserves all the accolades being given. Here’s hoping the designer gives us many more years of identifiable design and that the label continues to inspire.