Yes, that is a witches hat in the first image above. No, you are not imagining things. Yes, that really is a prince in shining armor and chainmail tights in the last picture as well. What guy doesn’t need a pair of chainmail tights?

At first one might think this is costuming for Disney’s latest live-action musical disaster. No, this is just Ryan Lo’s romantic take on the timeless story of the girl getting the guy. I’m still not sure whether he’s implying that some witchcraft is required to make that happen, but Lo seems to live in a perpetual fantasy land anyway so on some level this collection isn’t really all that surprising.

Ryan explains it this way:

“At the end of the day, it’s about getting the guy. That sounds really dated, I know . . . . But she’s Carrie Bradshaw! That’s my woman. She goes to the Serpentine Galleries party, to art openings. She’s the kind of woman who watches the royal wedding on the telly.”

Uhm, he does know HBO’s Sex In The City was set in New York, not Camelot, and was canceled in 2004, right? Still, Lo never gives us a collection that has any grip on reality. This is definitely an improvement over the Hello Kitty collection a couple of seasons ago. And those witches hats? Those are Stephen Jones creations and sit on one’s head with some serious weight to them. I don’t know whether one can get it fitted with chin straps so that it stays in place as one flies on one’s broom, but I’m sure something can be worked out.

Ryan sees his collection as chic. He told a group after the show, “I feel really confident just to do chic clothes. It’s something that has come as I’ve grown as a designer. A lot of people see me as this quirky, East London thing and I am based in East London but I don’t see myself as part of that clubbing tribe.”

I have to agree, all the ruffles and tulle and polka-dots definitely avoid anything remotely related to a club aesthetic. And we have seen more than a few instances of ruffles already this season so it’s not like he’s too terribly off trend there. Still …

Here, take a look at some samples from the collection. 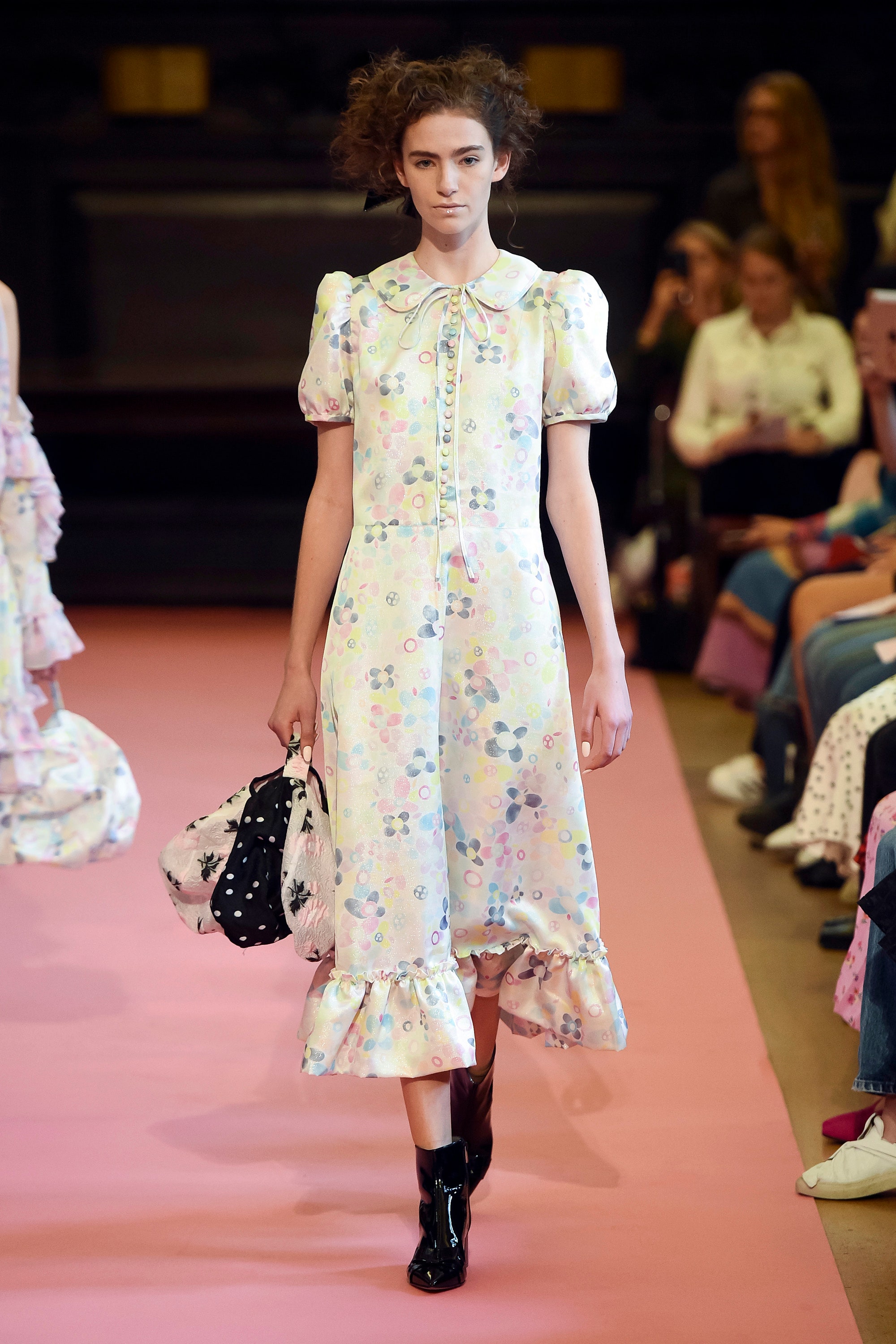 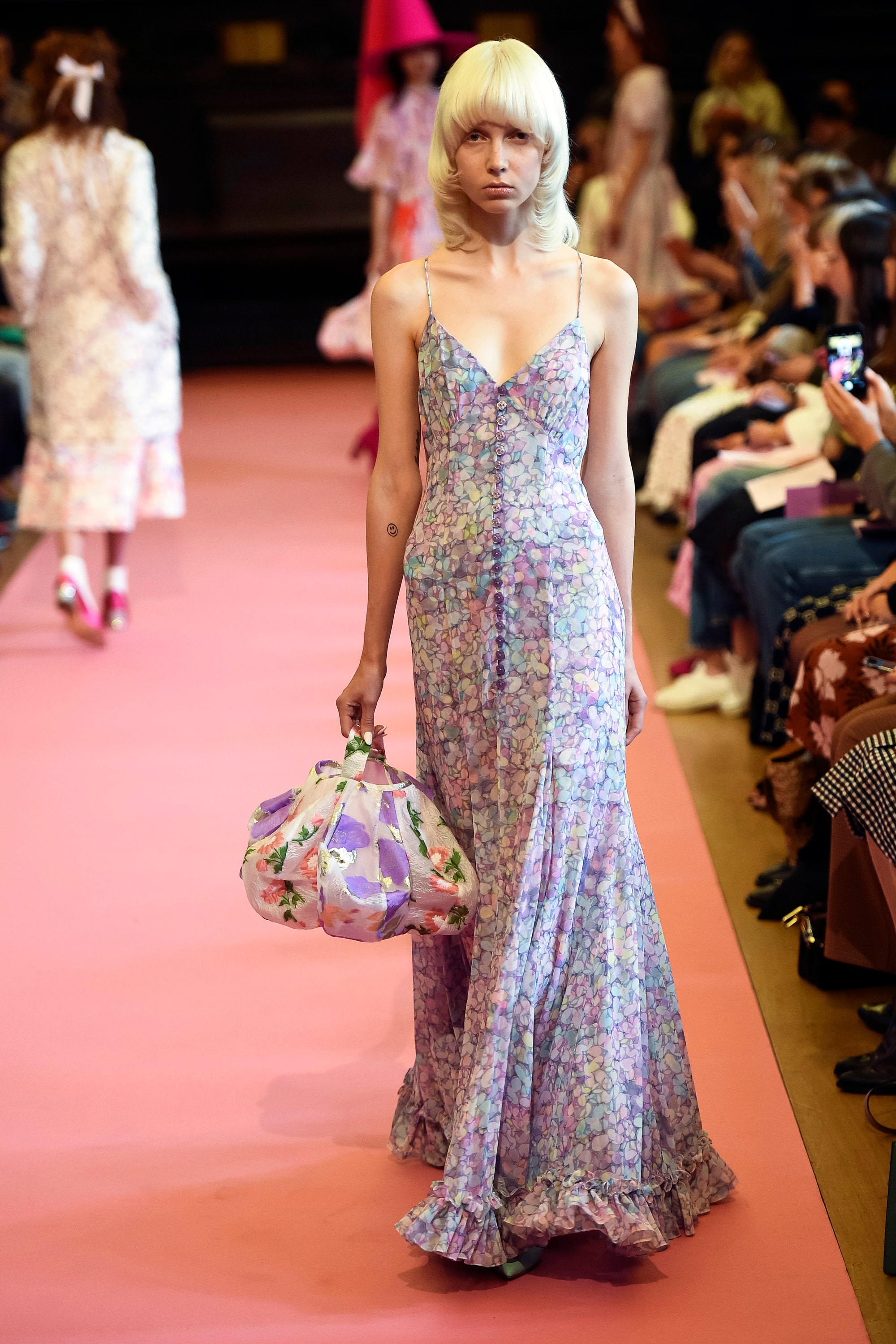 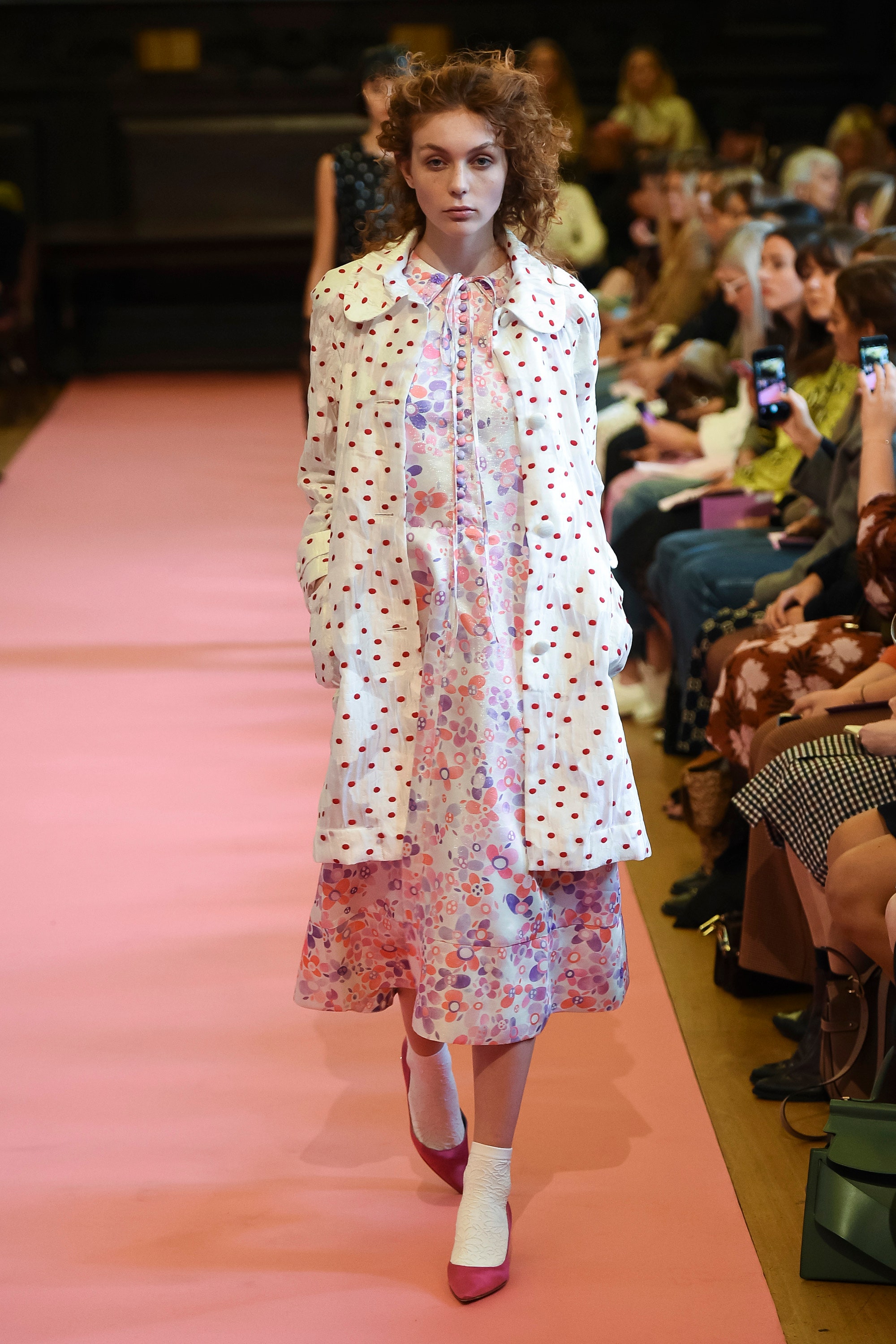 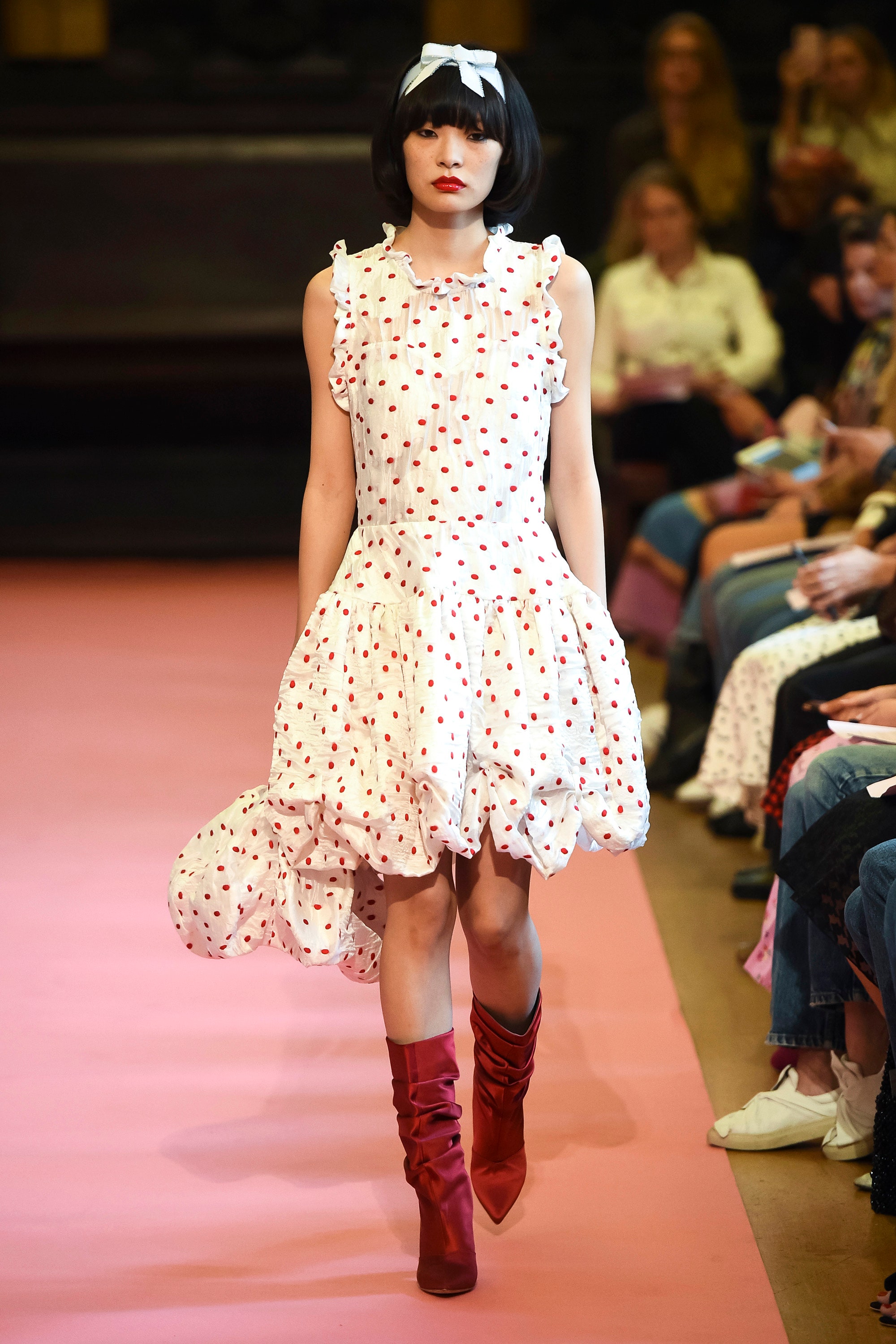 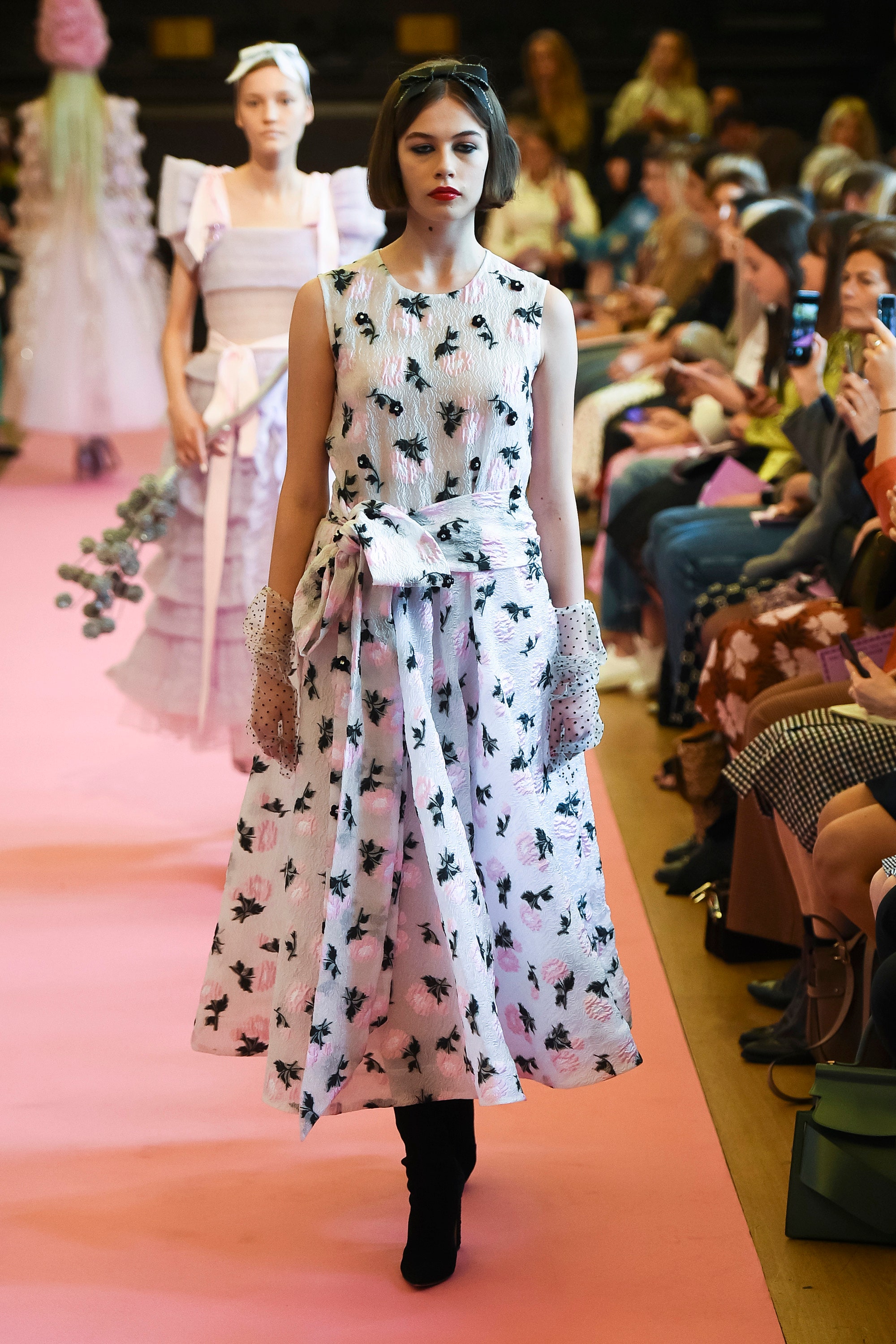 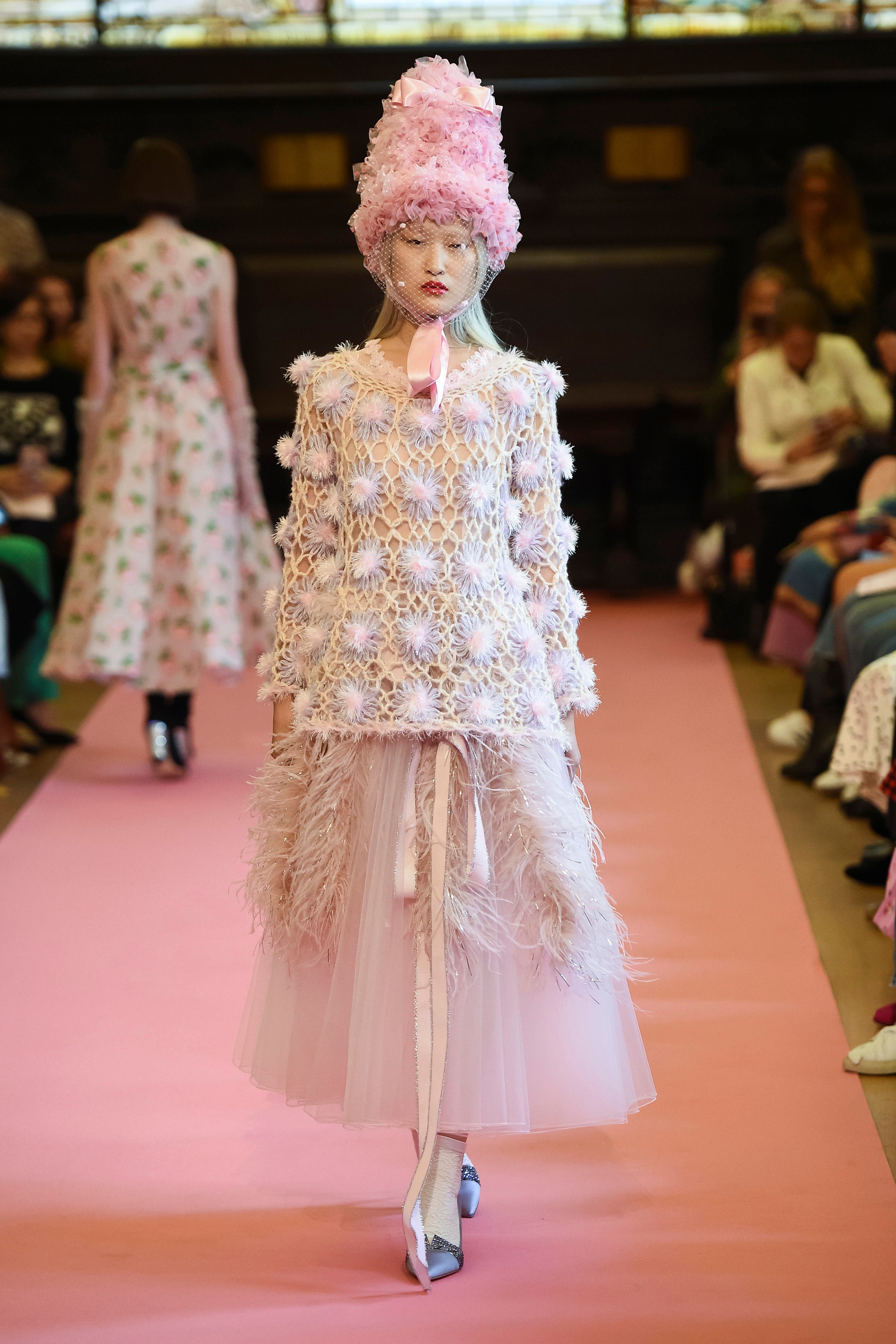 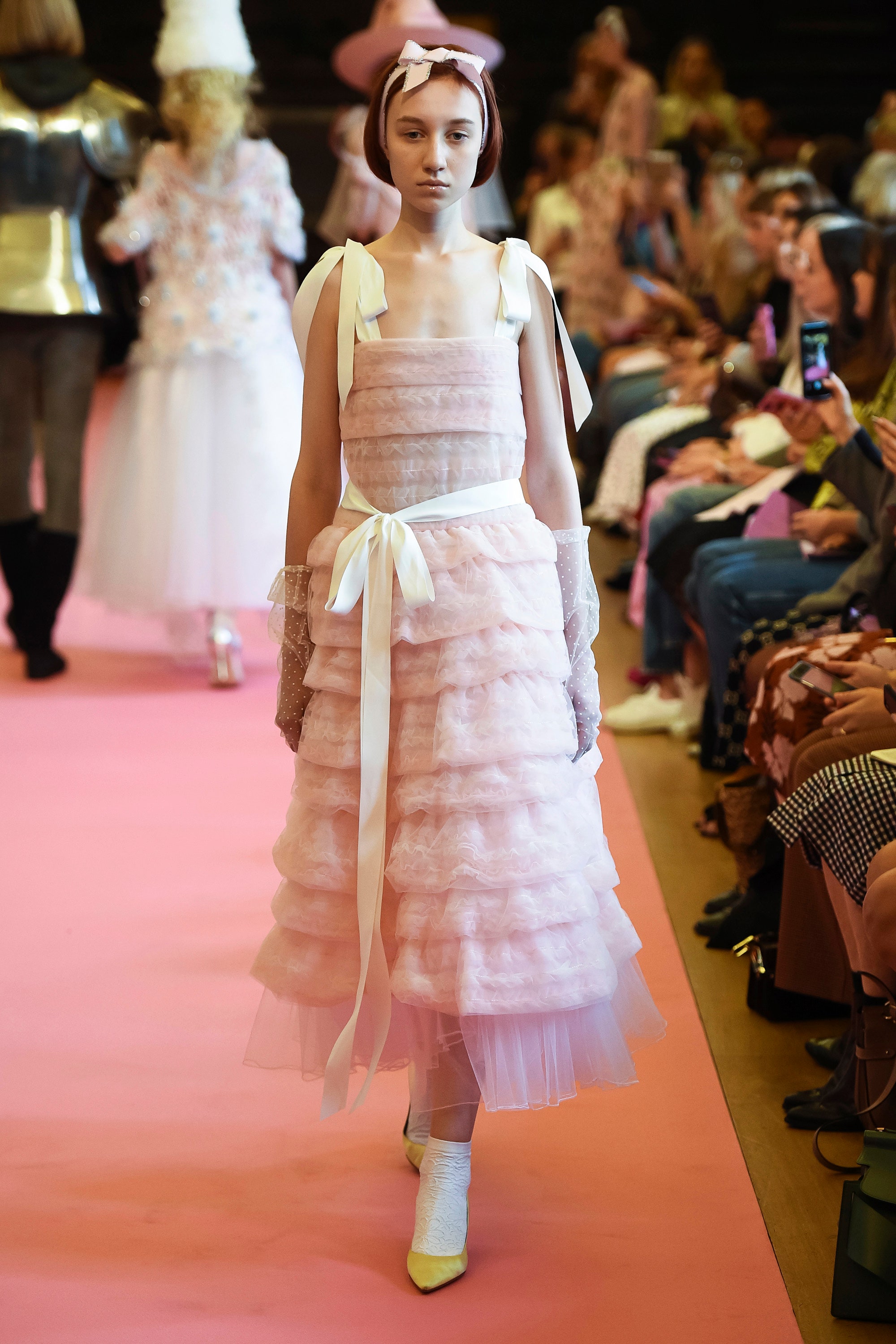 Now, strip away the nonsense and the theatrics for a moment and one sees that this is actually a very pretty and very commercial collection. We already know we’re not going to see the witches hats nor the brooms in stores unless they’re brought in simply as display items. The dresses are very common-sense and the button-down style is appropriate for British summers.

One may also want to pay attention to the footwear in this collection as well. Ryan dramatically ups his game in that department over previous seasons.

In the end, we can forgive Lo his little foray into fantasy land. After all, the real world is very, very scary and we all look for escapes in our own way. Ryan happens to have a thing for romanticism and fairy tales. I think, all things considered, we can live with that.

Just be aware the shining armor isn’t actually part of the collection. You’ll have to find your own prince.