Fashion shows make for some of the most interesting people watching. First, there are the editors and store buyers who are there because it is their job. They’re paying close attention, each one representing a different perspective of what women want and what they’re willing to wear. Then, there are fans and bloggers whose agendas aren’t quite so discriminating, who would love a chance to meet the designer, and don’t want to miss a party. Finally, there are the “accompanying guests,” people who have no real vested interest in the fashion show one way or another, but are there because someone needed a ride or to spend time with their spouse or because, “Hey, free trip to London on the spouse’s boss!”

The latter group makes for some of the most interesting people watching. If one is observant, you’ll see the same ones popping up at different shows over the course of the week and can track changes in their demeanor as the events progress. What no one tells them when the week starts is that watching fashion show after fashion show is surprisingly exhausting. To be seated for a 9:00 AM show, one typically needs to be standing in line at 7:00 AM in order to get through security. If you’re the kind of person who needs a shower, breakfast, and multiple cups of coffee before standing in line, or if one has some distance to commute,  you’re up early. Then, you’re likely out late as well. The final set of shows typically don’t start until 8:00 PM in London, later in other cities. In between the two, one is constantly rushing from one show to the next, grabbing something to eat from whatever vendor one passes along the way. By the third or fourth day, it all gets a bit tiring.

So it was for a gentleman seated opposite from the photo pit for today’s Roland Mouret spring/summer runway show. The show was held in the lobby of the National Theatre with seating set around the perimeter and in various columns within the large space. This is one of those setups where everyone has something of a front row experience as models pass directly in front of them. This gentleman, probably a few years older than I am, was seated next to whomever he was accompanying, looking thoroughly bored.

Dressed in blue jeans and a polo-style shirt, he spent much of his time before the show wandering around near his seat, speaking casually with other guests, his posture somewhat slumped, his hands in his pockets. Once the show started, he crossed his arms across his chest as though a passing model might pause to personally offend him, then made a point of looking anywhere except at the models. He started gazing at the ceiling, but as the show wore on his gaze slowly fell, his eyes began to droop, until finally, somewhere around the 30th look or so, I glanced over and noticed he had nodded off.

I almost wish I could have done the same. There was a sameness to the silhouettes in this collection that had them all blurring together after the 10th look or so. Mouret says this collection was inspired by the works of Frida Kahlo and Georgia O’Keefe. The resulting juxtaposition sometimes felt disjointed and at other times downright confusing. Any association between the artists and the clothing is loose and largely subjective. Yes, there are floral designs and prints, but giving Georgia O’Keefe credit for flowers is rather like giving Perrier credit for water. Textures and themes that vaguely hint at Mexican culture, presumably attributed to Frida Kahlo were stereotypical at best and missed any opportunity to explore her fiery character.

Perhaps I would have viewed the collection with greater interests had I not known Mouret’s inspirations beforehand. Kahlo and O’Keefe are both artists with which I am very familiar as are a lot of other people in fashion. Both have served as inspiration for clothing collections before, though I can’t think of a time when the two were paired together. While the two lived during the same period, their styles of painting and their reasons for painting were distinctly different. None of the truly strong elements were present anywhere in this collection which resulted in a more severe level of a disappointment than had, perhaps, his stated inspiration been something more broad, like Mexico and the American Southwest (though, the flowers wouldn’t have made any sense in that scenario, either).

Mouret stays close to his standard set of popular silhouettes, making only minor adjustments here and there to thing like the width of straps or piping and fringe along a hem. This really isn’t a bad idea because women who wear his clothes expect a certain familiarity and comfort in the fit of each new piece they purchase. Even when he makes a modification such as a drawstring around the collar of a blouse, one still recognizes the original silhouette and expects the fit to be the same. The looks appeal to his core customer and should sell very well to that base. Here are some samples: 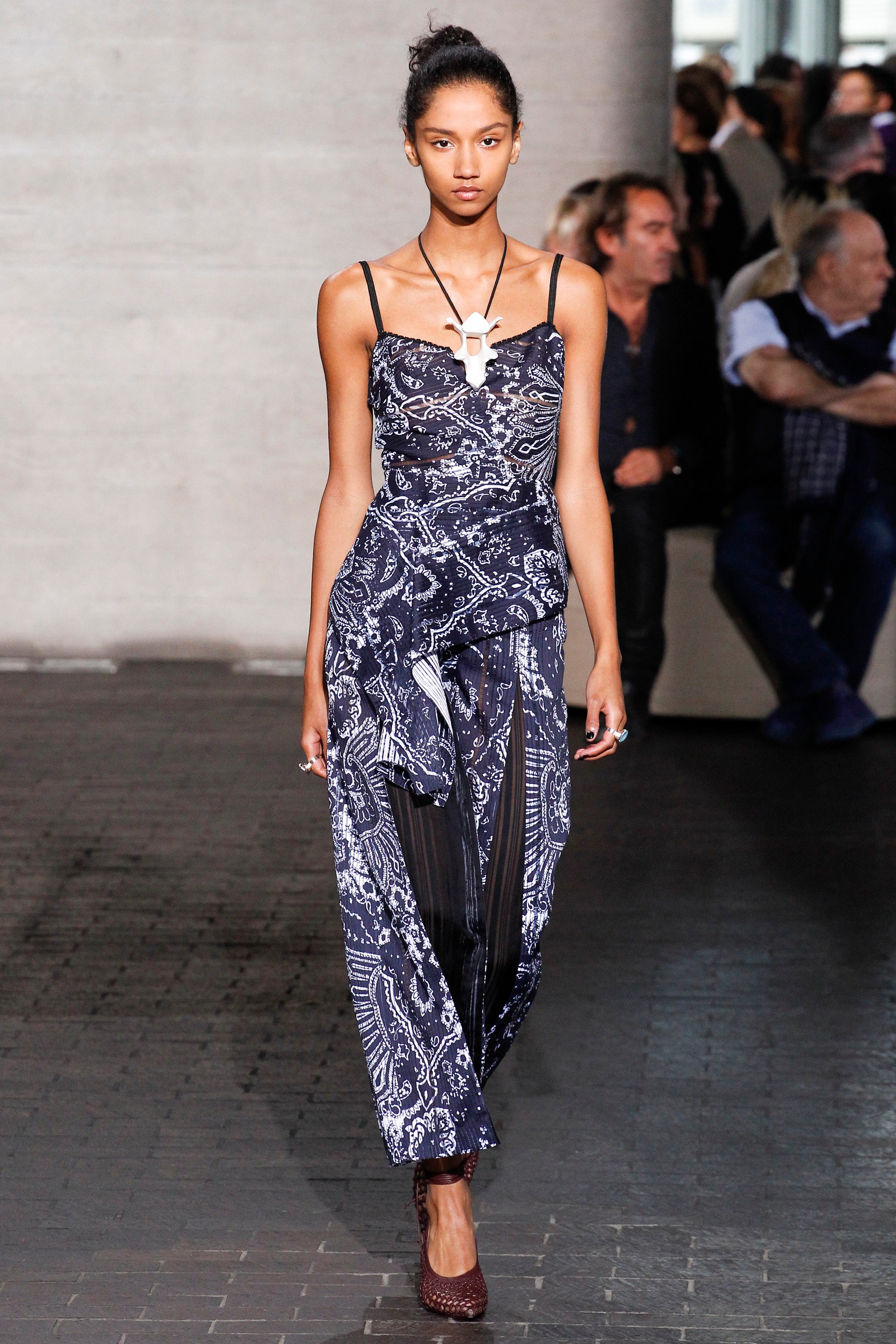 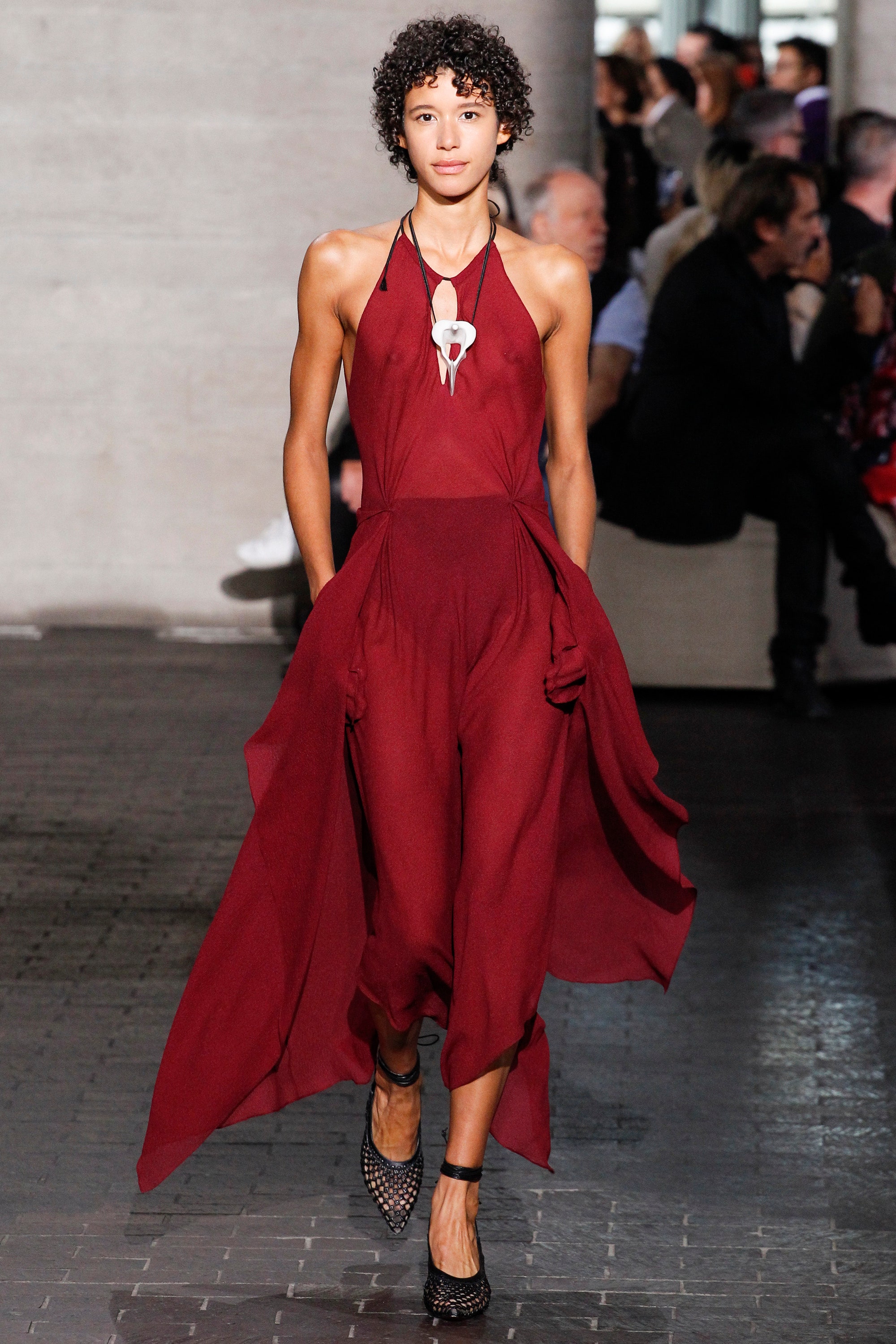 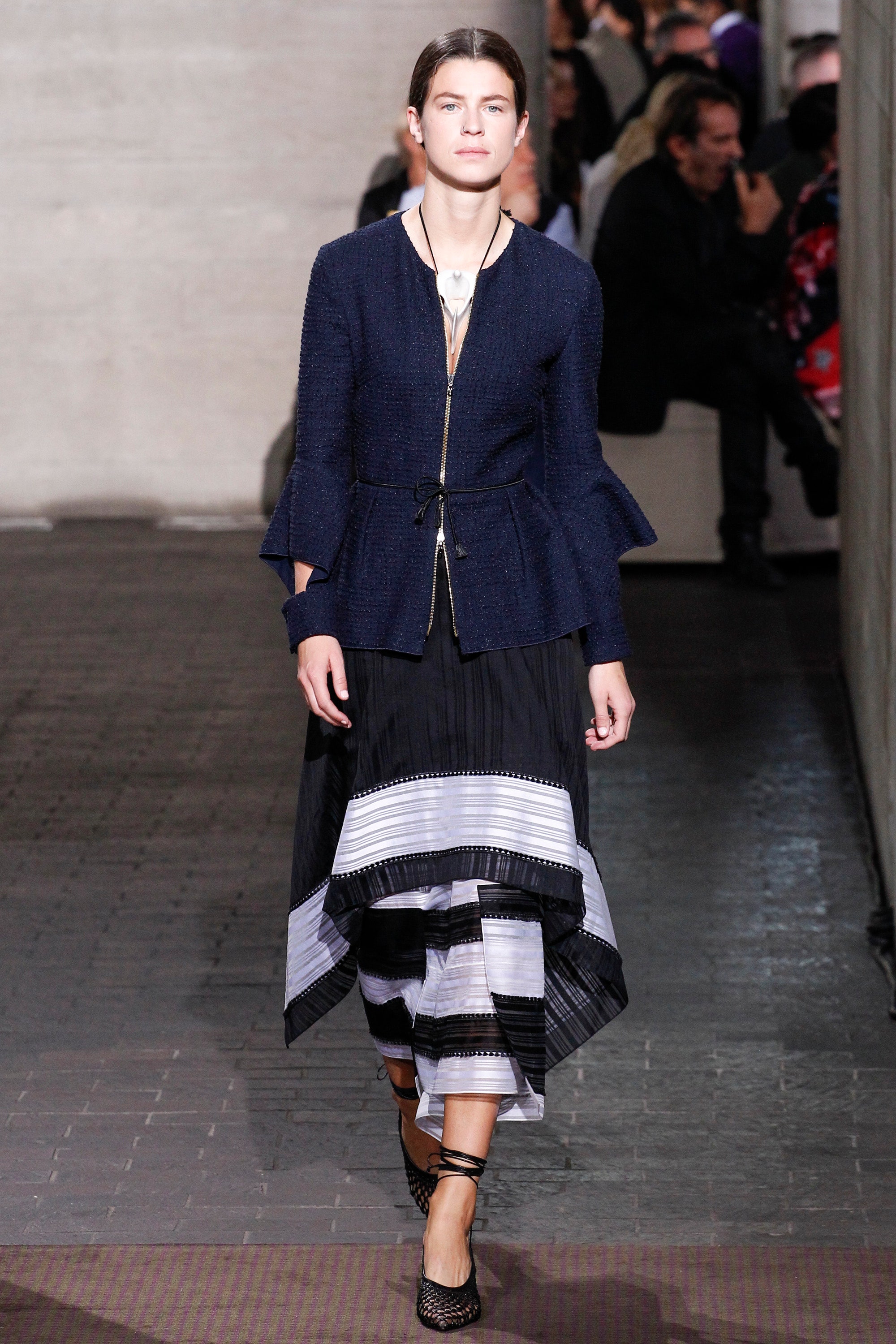 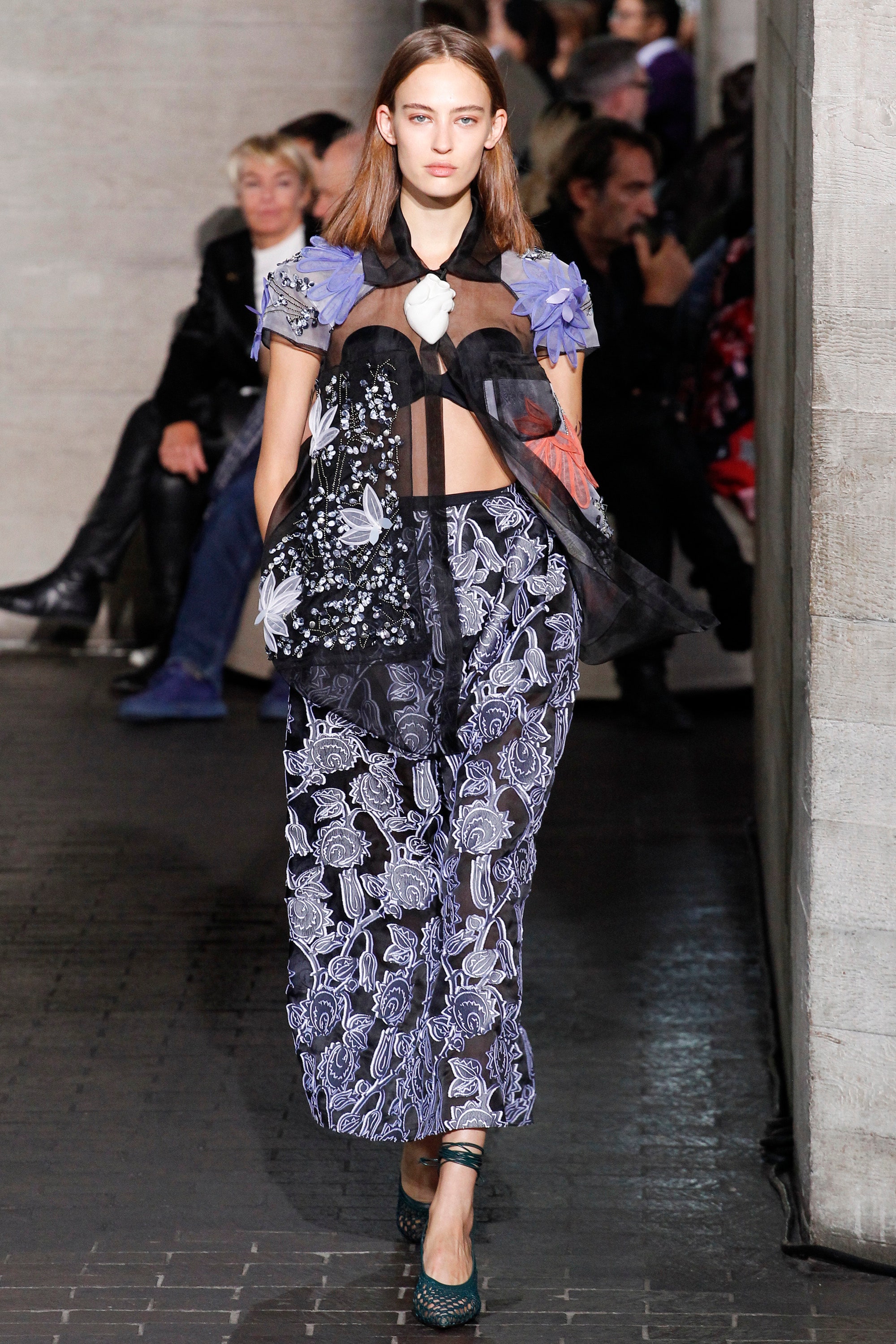 One area where Mouret did excel was in the diverse casting for this show. Racism is a long-standing issue throughout the fashion industry, but unlike the U.S. where the opposition is very loud and very present regarding the matter, it is more of a back-room conversation in the UK with a general reluctance to admit that a problem exists while holding on to policies and traditions that reinforce the behavior. Mouret was several looks into this collection before the first Caucasian-appearing model took the runway, something that is all but unheard of in this city. While diversity was a strong issue in New York this season, with notable progress made in casting, it remains a hushed matter here in London. Roland deserves some credit for leading by example on this important issue.

As the models circled around and started their finale walk, the snoozing gentleman woke with a start. He still seemed wholly unimpressed by the show, stretching his hands out and popping his knuckles as models strode past. Once Roland took his bow, the gentleman, and his companion both made a hasty retreat toward the exit. Perhaps they had another show to attend; the schedule was quite full today. Perhaps they were looking for something to eat. They certainly didn’t hang around to ask any questions.

Everyone comes to fashion week with their own agenda, though, including designers. Some want to make a social statement. Others want to be more artistic. Inspirations for designing a set of clothes are never wrong in of themselves. The interpretations, however, don’t always fit the inspiration as well as one might like. This was one of those times. We’ll hope for something else next season.