Monday in London is getting off to a bit of a challenging start as several of the early shows and presentations have experienced technical glitches and logistics issues that are just severe enough to through off the rhythm one gets from a busy, highly-scheduled morning. We’ve seen sunlight bouncing off nearby buildings, creating glare that wasn’t anticipated, remote cameras with people standing directly in front of them, and in one near-tragedy, papers spilling from a buyer’s lap onto the runway floor just as models were doing their finale walk. These are the type of things that don’t really amount to much but can cause one to lose sight of the happier moments.

Rejina Pyo is one of the happier moments. Her collection of largely casual clothing is based loosely on what she wore back in the 90s when she still lived in South Korea. This was back before there were social media of any kind to serve as a ready guide for how one should dress. How in the world did anyone know what to wear without a few hundred strangers chiming in on what looks good?  “You just grabbed whatever was there, customized it how you wanted,” Rejina says. That is exactly the same spirit the infuses her clothing line now.

We’re guessing that Rejina must have been a fairly well-dressed teenager. There are no bad rock band t-shirts or stained jackets from that time your date spilled their milkshake all over you, though that could be an interesting concept to explore. Instead, we get cute little prints, plenty of polka dots, and a common-sense attitude toward styling that should appeal to a majority of women in the Midwest. There’s nothing overly flashy or terribly risqué. Rather, there are leopard print jackets lined with shells – “as though you had just picked them up off the beach” –  collarless suits, and all those cute prints.

Rejina doesn’t just think about daywear, though. As her red carpet business has grown the past two seasons, she’s included more after 5 looks this season, though they tend to be a bit more understated than flashy. These are looks that are solidly pretty and don’t require a full truckload of self-confidence for one to wear to a special party or a friend’s wedding. 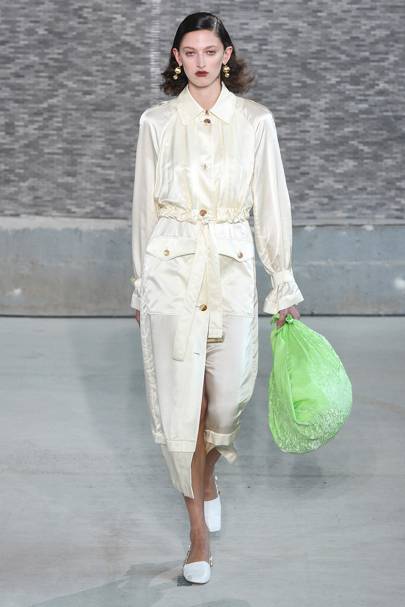 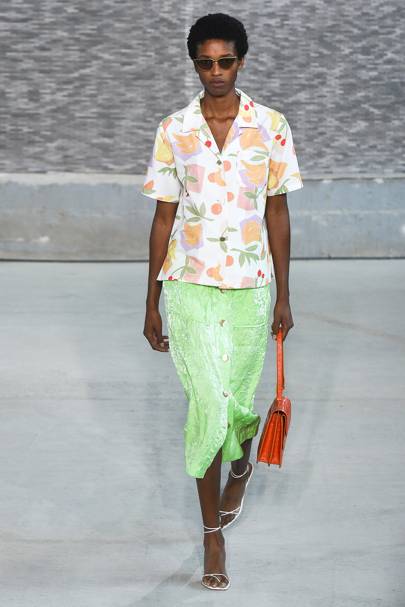 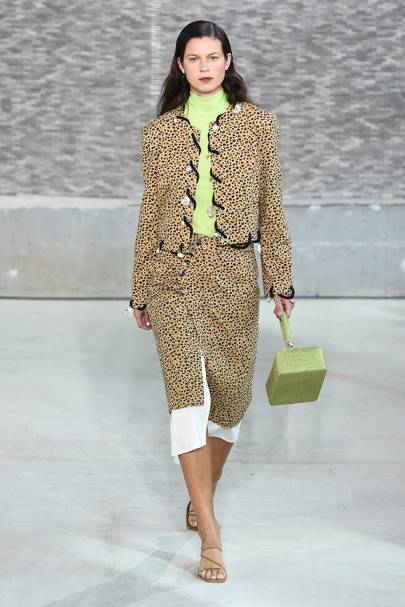 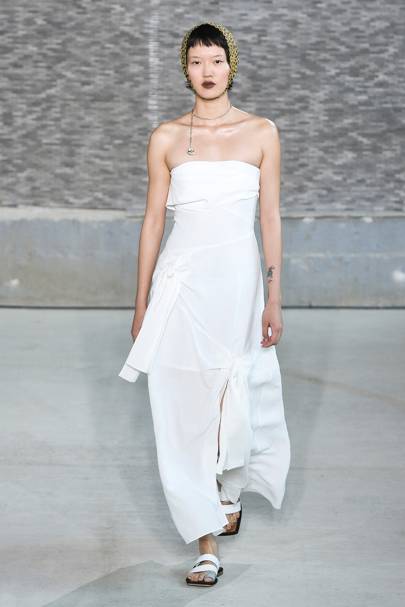 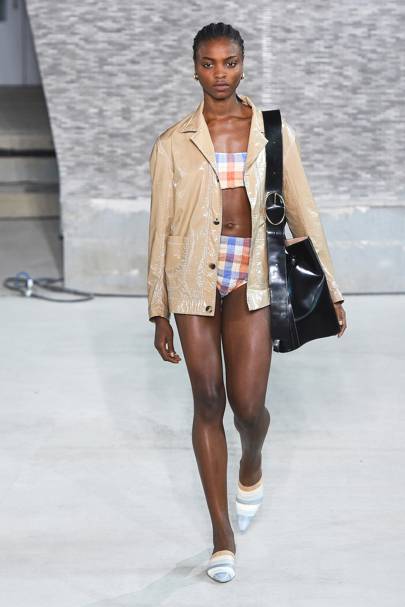 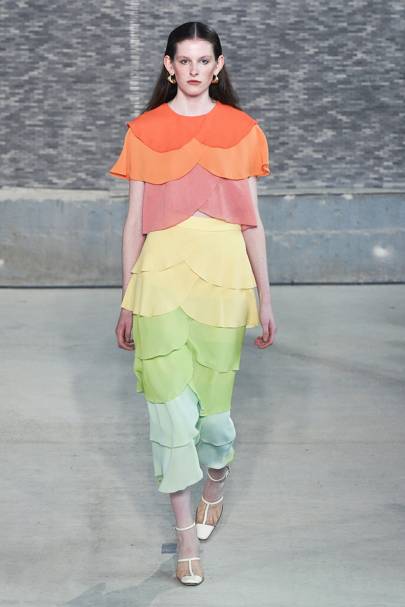 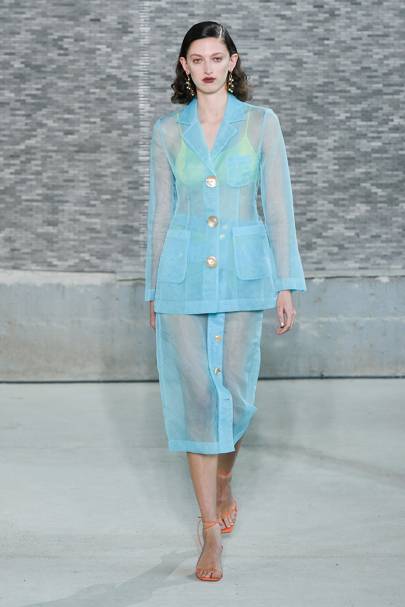 If there is a downside to this collection, and I’m not remotely suggesting there is, it might be that one glances at the clothes in the store and thinks they already have something that looks similar in their closet. Pyo recreates that 90s aesthetic with such accuracy that the clothes feel familiar and with that comes the danger of customers thinking they already have these looks, or something close to these looks, waiting on them.

However, the label has seen sales double the past two years. Especially popular are accessories such as footwear and handbags. Another one of those quirks this morning is that the sound of camera shutters clicking echoed surprisingly loud across the room. Judging by the noise, a lot of people really liked the sandals.

Regina Pyo has yet to hit the US market hard, but be ready because when you see the pieces they’re not going to last very long.