Ashley Williams is that person in one’s group of friends who invites one to her room, tosses clothes at you, and says, “Here, try this on.” Only Ms. Williams has turned that character trait into an entire business model that is working well for her. Young women identify with her sense of style and by extension, Ms. Williams becomes that clothes-sharing friend for thousands of people. One just has to pay for the clothes before wearing them out of the store.

London needed this show at the end of this first day of fashion. Sitting there in the old Swiss church, listening to a single violin playing the theme from Jurassic Park, looking at this set that, once more, resembled a teenager’s bedroom, everything was alright with the world for a moment. There was no bomb on the underground this morning. No one’s even heard of Brexit. Everything’s just fine. Here, put on this dress with prints of naked women on it and we’ll go out.

There is a quality to this Ashley Williams collection that is just a touch more grown-up than what we’ve seen in previous seasons. Not too much, mind you. The kind of casual growing up that is at least superficially aware that, okay, maybe trying to be a little more healthy is a good idea. “Here, put on these jogging shorts. At least it will look like you’ve worked out or ridden a bicycle. Something. By the way, have you seen that new two-toned ice cream cookie? We should go get one. I’ll split it with you. That’s healthier eating, right?”

It has always been a thing for young women to travel in groups and Ms. Williams plays to that piece of social reality all the way to using her friends, or squad, or bff’s, as her models.  Okay, so her group just happens to include Georgia Mae Jagger and Lili Sumner, among others. One gets the feeling this tight-knit group goes everywhere together, knows each other’s most intimate secrets, and when Ashley suggests they put on a fashion show, why, of course, everyone’s going to be in it. Never mind that someone was a little extra clumsy a week ago and broke their wrist. Just turn the cast into a fashion statement and all’s well.

That is the only explanation for how we all ended up in this church on a Friday night. Some of the guests are already a bit juiced and I don’t think it’s because they’ve been nipping at the sacramental wine. “Shhhhh, don’t tell that we found the key to Dad’s liquor cabinet.” The whole situation feels somewhat surreal, as though I’ve stepped into my daughter’s future and at any moment she’s going to scream at me to get out. Are those ostrich feathers on that dress? “Yes, they are. Cool, don’t you think?”

If health and wellness is the theme, which is what Ms. Williams put on the paper passed around, it’s only because we’re all getting older and need to take better care of our bodies. Something like that. “Pink zebra stripe doesn’t really have anything to do with fitness, but it looks good on you, Margret. Oh, and you definitely want a broad red belt to go with that dress so no one will think you’re putting on weight or something. That would be horrible.”

On one level, this is just another visit to Ashley’s happy land. Not much has really changed when you look closely. There are still the workout clothes mixed with oversized knits, loosely draped dresses, and men’s shirts worn any way except how they were intended. Sandals on the feet, because otherwise, they get too dirty. Bamboo hats on heads, because Claire’s mom has those age spots from being out in the sun too much.

Why bother dictating what one’s teenager wears out of the house. They all have friends like Ashley and no matter what they were wearing when they left home, after a few minutes they’re going to look like this. Might as well accept it. 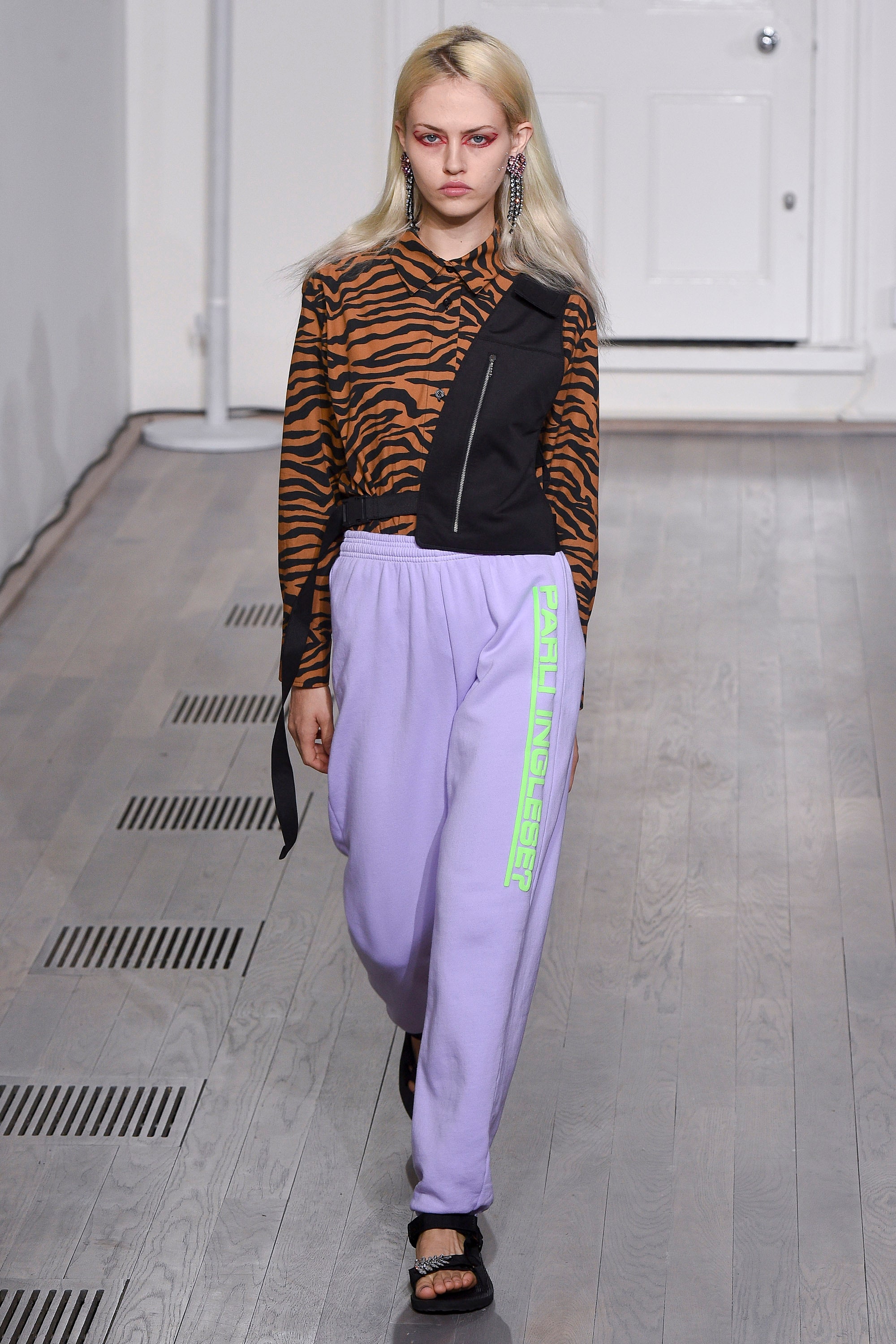 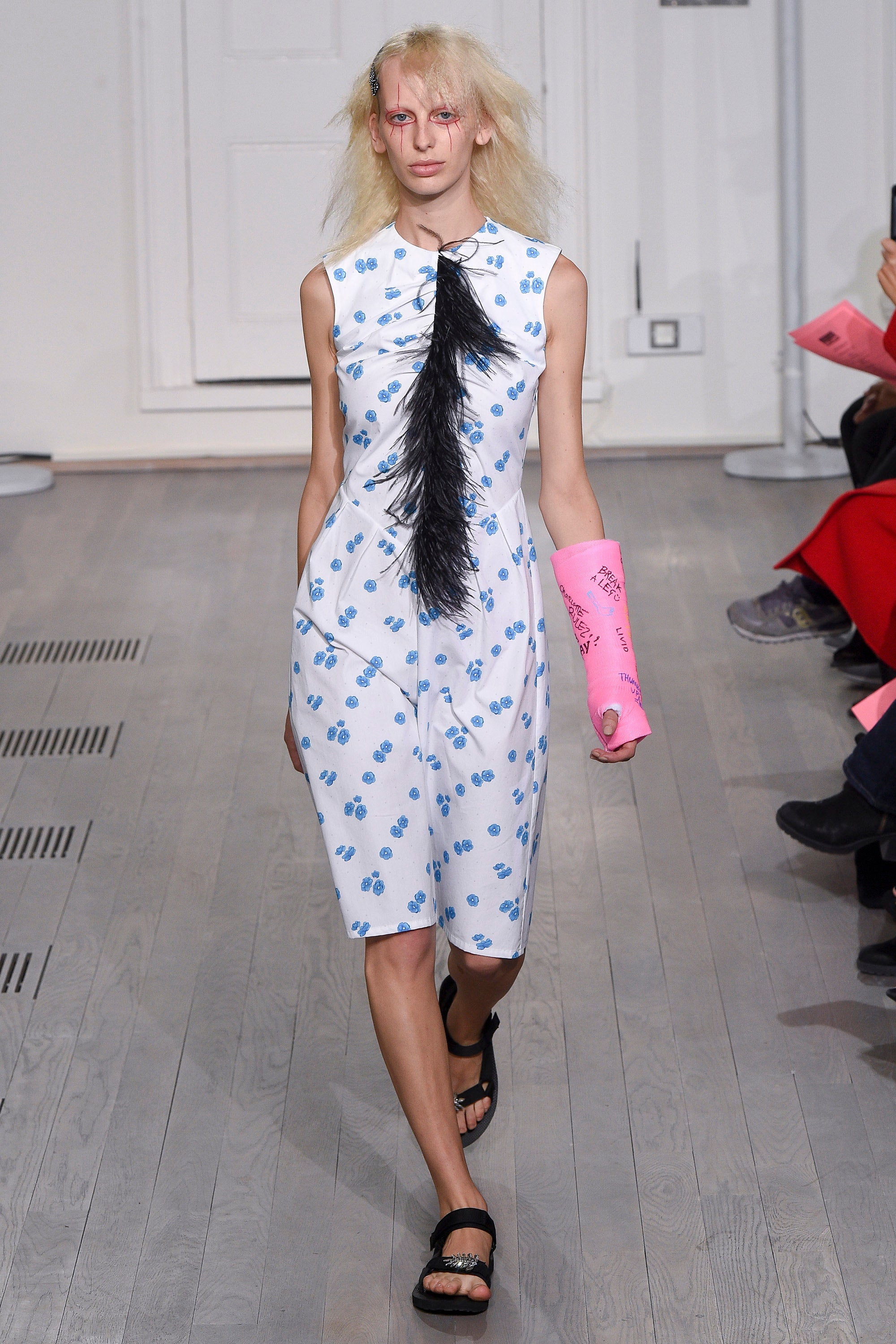 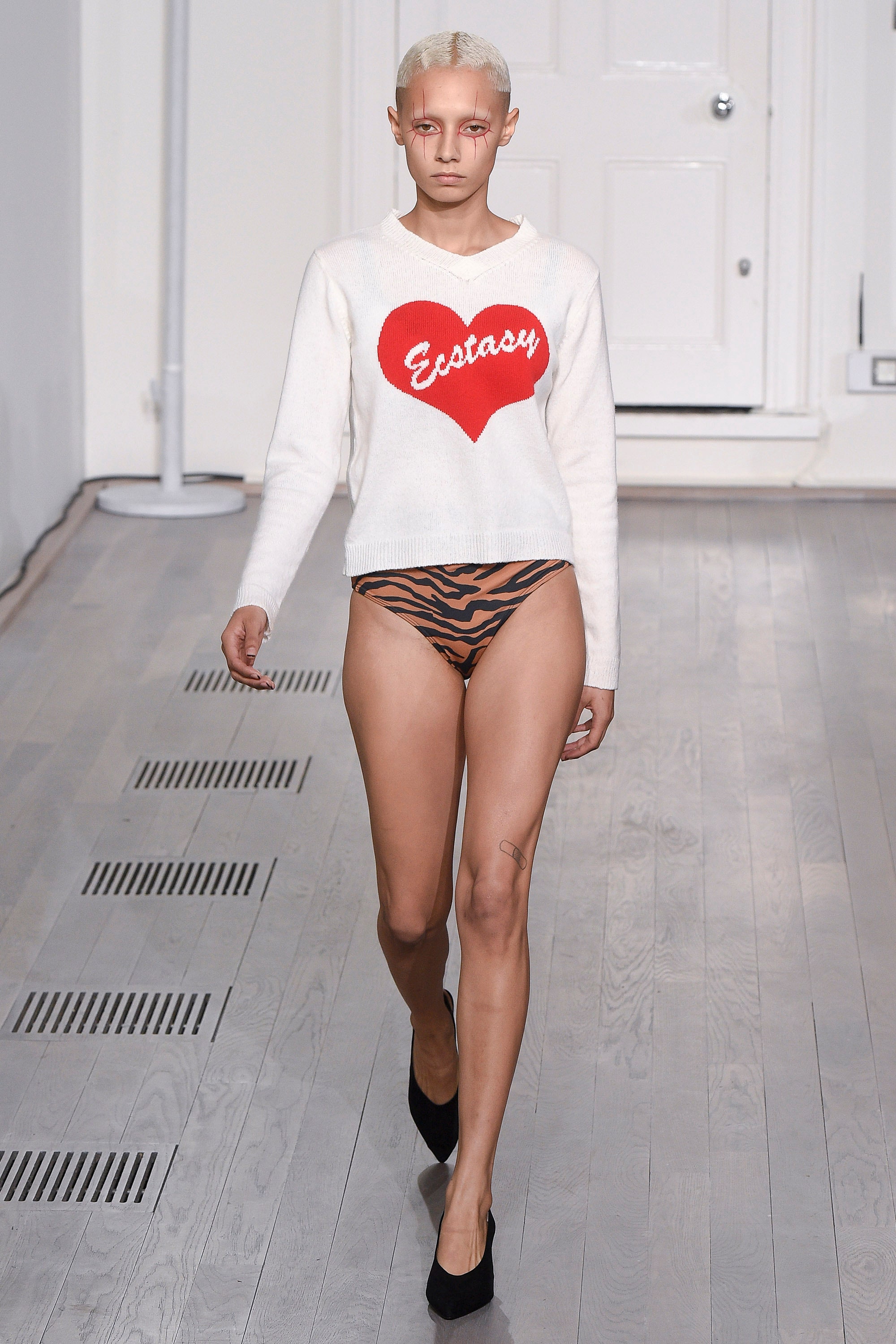 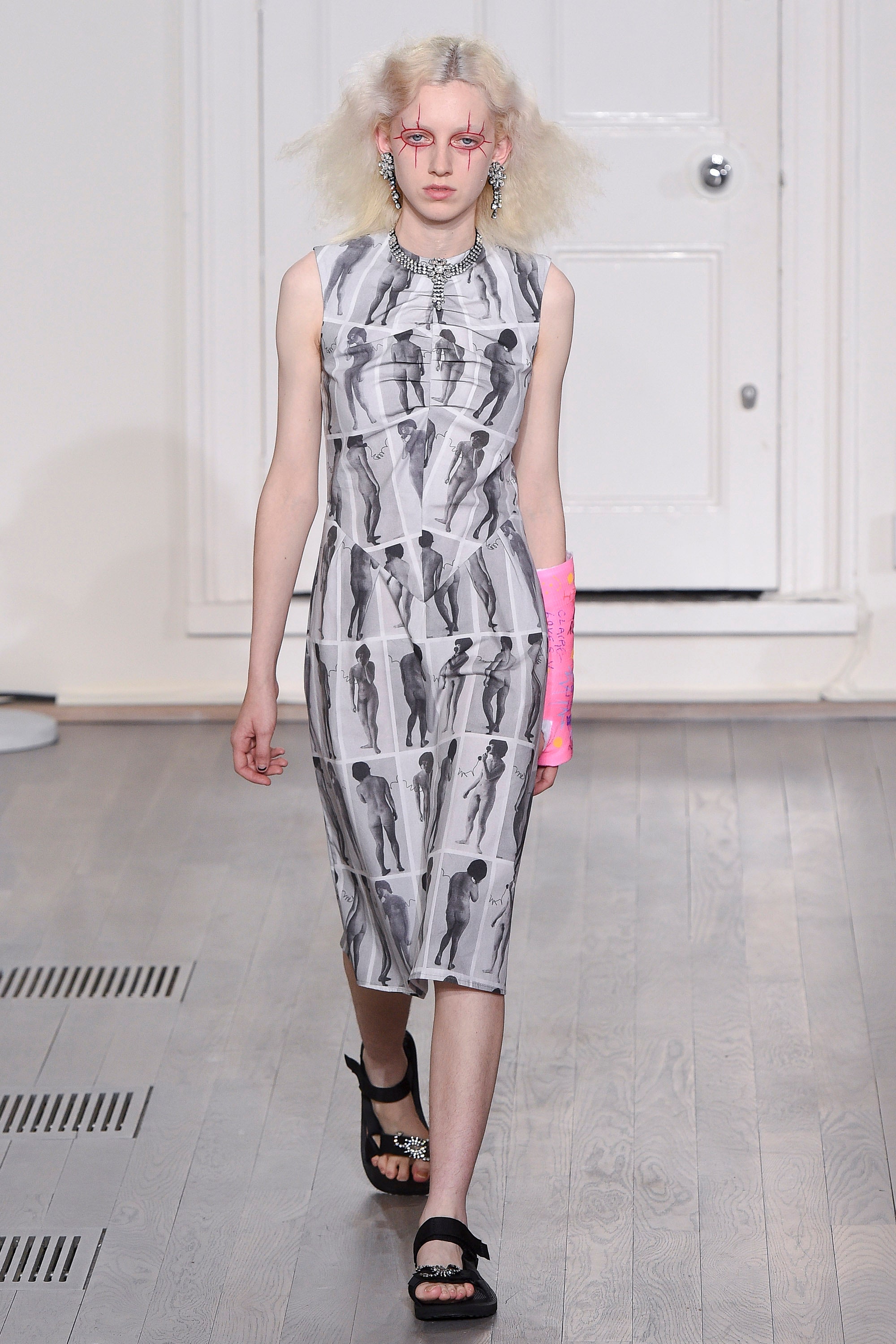 Wait, you can’t go out in public dressed like that, can you? I mean, there are naked people on that dress!

This is what makes Ashley Williams so successful. She taps into teenage attitudes better than anyone and gives them those clothes they might pull from a best-friends closet if only their best friends could all afford designer clothes. Hers is the label that doesn’t look like one is wearing a label. There’s a rebellious thread that says, “You can’t tell me how to dress,” but at the same time an acknowledgment of the unspoken girl code that avoids going too far. The collection stays on the cool side of punk without slipping over into trashy. What young woman isn’t going to secretly want this entire collection?

And everyone leaves the show smiling, despite how exhausting the day has been. There are worries waiting when one walks back out those doors, but one leaves with their armor up, ignoring the ugly side of reality for a while longer. Go, have a few pints with friends. Maybe scarf down a few chips. We’ll all go jogging in the morning—or at least dress like we did.

Meanwhile, every woman over 30 quietly wishes she could still get away with dressing like this. Damned responsibilities.