The Indianapolis Motor Speedway has been a defining part of our civic identity for more than 100 years. While stories about the races and the individual drivers dominate the headlines in the month of May, the traditions and experiences we share at the track are just as meaningful.

Jarrod Krisiloff is the son of Josie George, making him the grandson of Mari Hulman George, and the son of former open wheel driver Steve Krisiloff. He’s had a special relationship with the two and half mile oval out on 16th Street his entire life. He’s played a variety of key roles in moving the track and racing experience forward in interesting ways the past 10 years.

I sat down with Krisiloff to hear what experiences make this month personally significant to him.

Richard McCoy: What are some of your first memories of being at the track?

Jarrod Krisiloff: This place has always felt like my backyard. I spent so much time here outside of event times. When I was a kid my father oversaw operations and ran the facility. I remember sitting on his lap and holding the steering wheel of his Chevy Suburban and doing laps around the track, and then at some point actually being able to work all the instruments.

I also learned how to ride my bike on two wheels here. Later when I was racing BMX I’d practice my gate starts in the basement of the museum. I’d do 200 starts a week down there. And for endurance training I would run the stairs on the backside of the front straightaway.

RM: Are there particular traditions in month of May that you look forward to or that connect you to the larger racing community?

JK: It’s hard to really zero in on one significant tradition. I just think that fact that everybody’s here for a whole month together, at “Camp Indy.” If you’re not literally living here at the track, like most of the drivers and many of the track employees, everyone involved is spending most of their time out here this month.

RM: This leads up to Indy 500 race day and those special pre-race traditions. Is there a one that gets the most emotional for you?

JK: Pre-race clearly is an emotional rollercoaster for everybody involved. We’re all excited about different things, and at the same time very anxious.

I think this all peaks with a recognition of sacrifice and honor that comes over you with the playing of Taps by that lone bugler — that moment becomes about something much bigger and connects us to a sense of pride.

But the whole race is this celebration of our hometown and our state in a really spectacular way. Everybody’s sharing this in one place.

Also, the “command to start” has always been a special moment for me.

JK: I don’t know if it’s how quiet the whole venue gets in anticipation for those words — how eerily quiet it is here along the front straightaway — but when the command is delivered and then the place erupts, you go through this amazing change of environments.

When all the engines fire up and the cars start rolling it’s like … alright it’s really happening!

It’s just too cool. So specifically the command to start: instant chills every time.

RM: What do you like to do after the race is over?

JK: It’s such an intense month, and such a big day, I think everyone is really spent. But I know for us growing up, we always got together and watched the race on television and decompressed.

My wife, Megan, and I have a post-race tradition. Our kids spend the night with my in-laws, and we go out to dinner. We’ve been going to Bluebeard for the last four or five years.

We also try to make it to the racer’s party. That’s the point when all the families, drivers, and the racing community comes back together. That’s when we can all let loose a little bit. 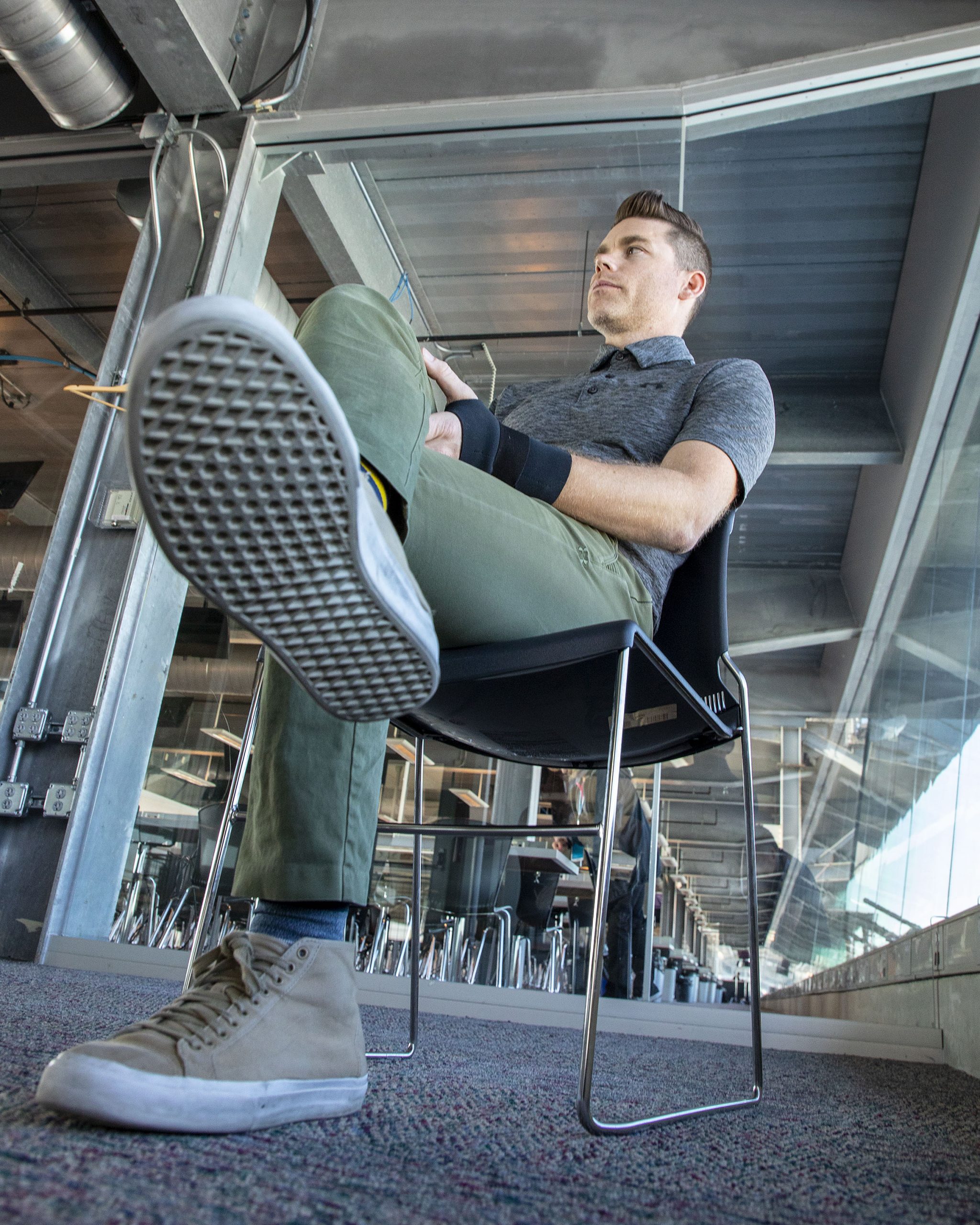 RM: How do the experiences of pride and community from the race translate to a larger civic identity?

JK: It’s interesting to see people in Bluebeard after the race — it may not be the tradition for them like it is for my wife and I — but most of them were at the race. You can tell because they still have their credentials on, by what they’re wearing, or because they are sunburned.

That night in Indy it feels like many people really are still kind of “here together at the track.” It is sense of a shared experience that continues on for a while. I think it’s that big of a deal for the community.

RM: Do your kids like this time of year?

JK: My kids are both getting geared up for the month of May. They see that it’s coming and they’re excited about it. They want to bring their friends out, and even want their classes to be out here.

RM: Do you think your kids understand the track as their backyard like you did?

JK: We’ve stayed out here together as a family in various ways, and I’ve tried to find ways for them to experience the track like I did growing up. But it is different now than when I grew up.

RM: You know it’s May in Indianapolis when you start to see checkered flags around town, on people’s porches, in stores, and everywhere.

So we created “Checkered Flag Fridays” and we encourage people to have porch parties, and decorate in their own way. These are all the things we felt like people could get behind.

It’s awesome to see everybody putting flags on their mailboxes or getting bunting for their windows, decorating with a racing theme. I’ve got a checkered flag that I just raised in my front yard.

In my opinion, over the last three years, maybe it’s just because I’ve payed more attention to it, but it just seems that people are starting to really treat May like a Holiday season and decorating the way we do with Christmas lights, Halloween pumpkins, and all that sort of thing.

RM: So many people have the flag that says “Welcome Race Fans.” It’s such a clear gesture of Hoosier hospitality.

JK: Yeah, exactly. My youngest goes to a school that has a lot of families that have moved here from different states or different countries. To get to know them and to see them go through their first May experience is really interesting.

Many have no idea how big of a deal it is in Indy. And over the last five years it seems to be growing in a positive way and becoming a larger part of our identity. It’s really encompassing everybody and bringing people together everywhere you go.

Written By
Richard McCoy
More from Richard McCoy
Takuma Sato has been racing all of his life. In high school...
Read More