When André Courréges sold his fashion label in 2015, his archives, everything from 1964 forward, was boxed and put into storage. There was no indexing, no cataloging, nothing to explain what each piece was, from what collection, or any other historical details. Having been absent from Paris Fashion Week for several seasons at that point, the new owners encouraged co-creative directors, Sébastien Meyer, and Arnaud Vaillant, to take the collection back to the runway. No one noticed.

Now, a new creative director takes over: Yolanda Zobel. While Zobel has been around the industry for a while, this is her first time at the top spot as creative director at a major label. What was the first thing she did? Pull out and dust off the archives, then gut the Paris flagship store. Zobel’s goal is to completely remake the once-famous brand, literally pulling looks out of the mothballs, and starting over, from scratch if necessary.

Then, because everything else was the type of thing to which no one pays any attention, Zobel took a step no one anticipated and announced that the company would phase out its use of plastics, including the textured vinyl for which the house is known. Understand, this is the same fabric from which Courréges created the go-go boot and the original miniskirt. Plastic-based fabrics have been a part of this label since its founding. Yet, with all the environmental studies showing how severe plastic microfibers are impacting the oceans, Zolanda decided that there was something she could do to help eliminate part of the problem.

Everything about this show and the collection screamed party. From hosting the runway in the gutted storefront with photographers spilling out onto the street to models walking along glass-encased scaffolding, there was a strong sense that the after party started before the show. This was exactly the type of atmosphere the founder thrived in when the label was first founded. The question is whether, in bringing back the atmosphere, can Zobel bring back the excitement as well. We’ve not seen that much interest in this label for a very long time.

While Zobel captures the hard-partying youth-driven culture of the label, it remains to be seen whether she takes the label forward and make it more earth-friendly at the same time. She admits that this collection is a starting point, not a finished statement. She told Vogue in a cautious interview earlier this week:

“I really like the suit, le tailleur, the pant with the jacket, the pant with the shirt, the pant with the T-shirt, the pant with the tunic. So I was really into that, and for me, this is one thing that I am really attracted to play with. And I love [them] being done in the same fabric, the top, and the bottom; that’s the idea of a tailleur, no? But how to make these tunics that are between a minidress and a top. So very interesting . . . . And then this functionality of all of these little pockets and buttons, very fun. The question is: What are the archetypes of Courrèges? And then the other thing . . . What is futurism today? That was the other big question I had to deal with, constantly every morning when I wake up. [For me] it’s going back to nature, we are part of nature, so how do you implement that?”

What we see is a mixed bag. Some pieces start well, but those also seem to be the ensembles utilizing the most vinyl. As she phases out that fabric, deciding how to replace it will be a challenge. 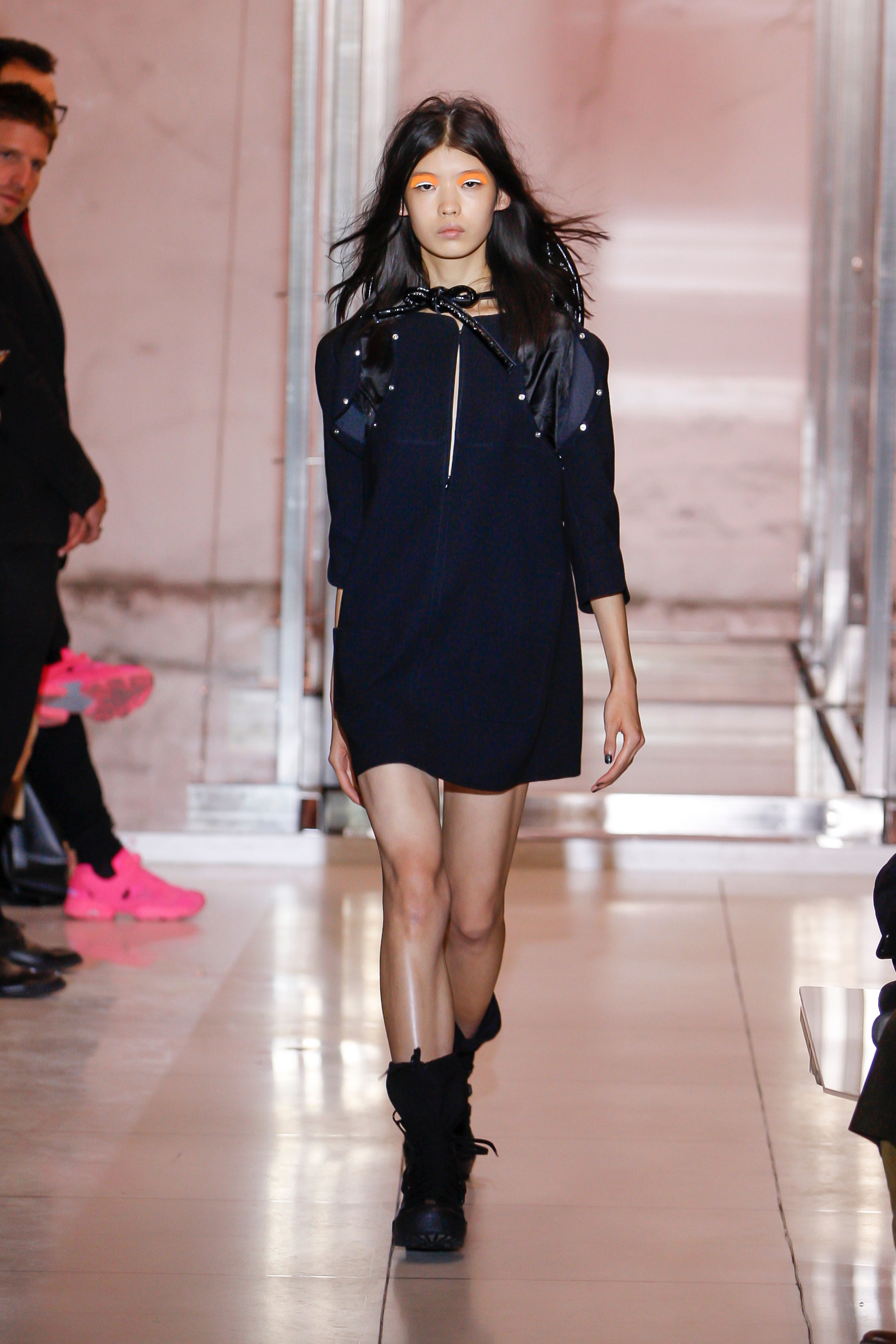 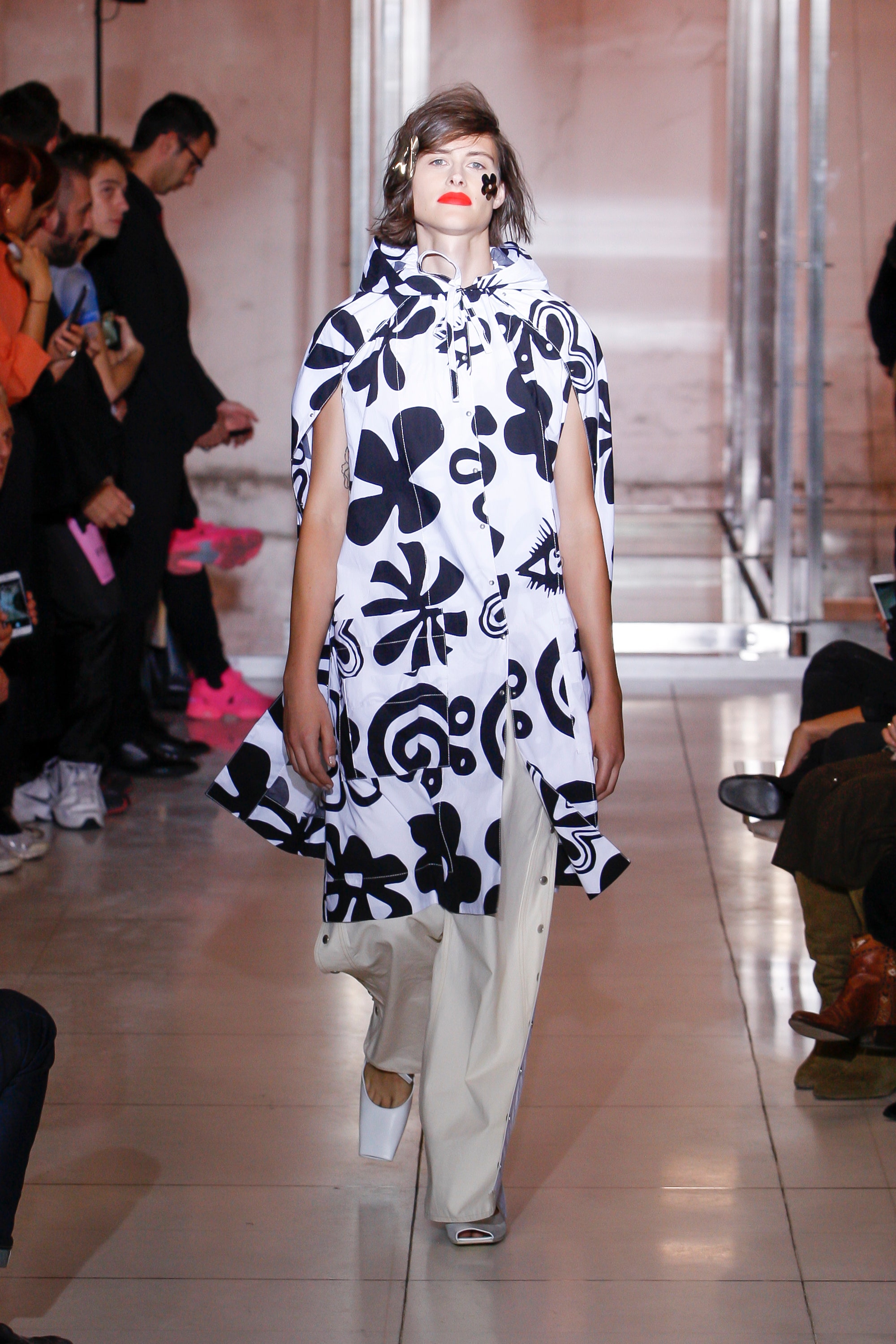 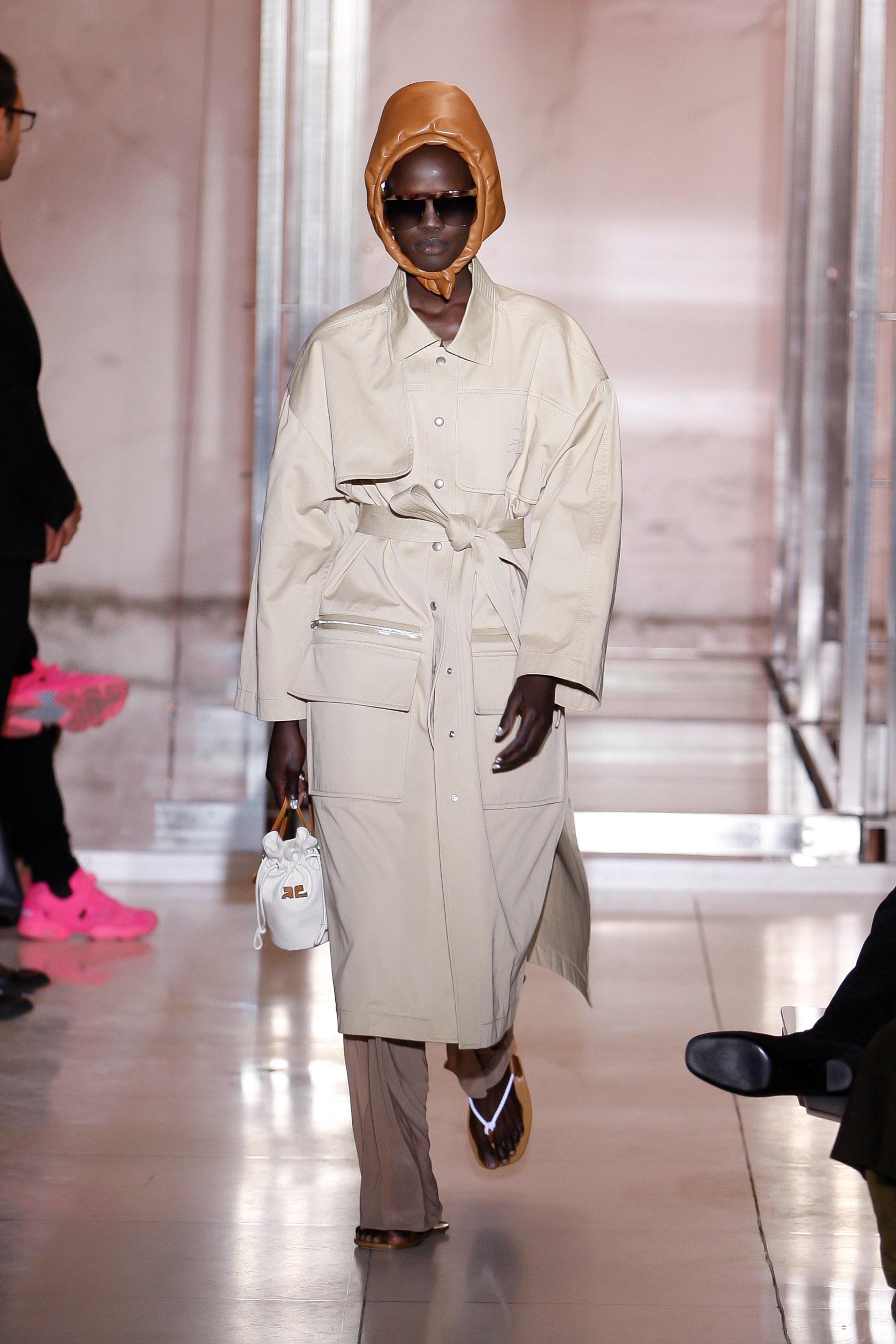 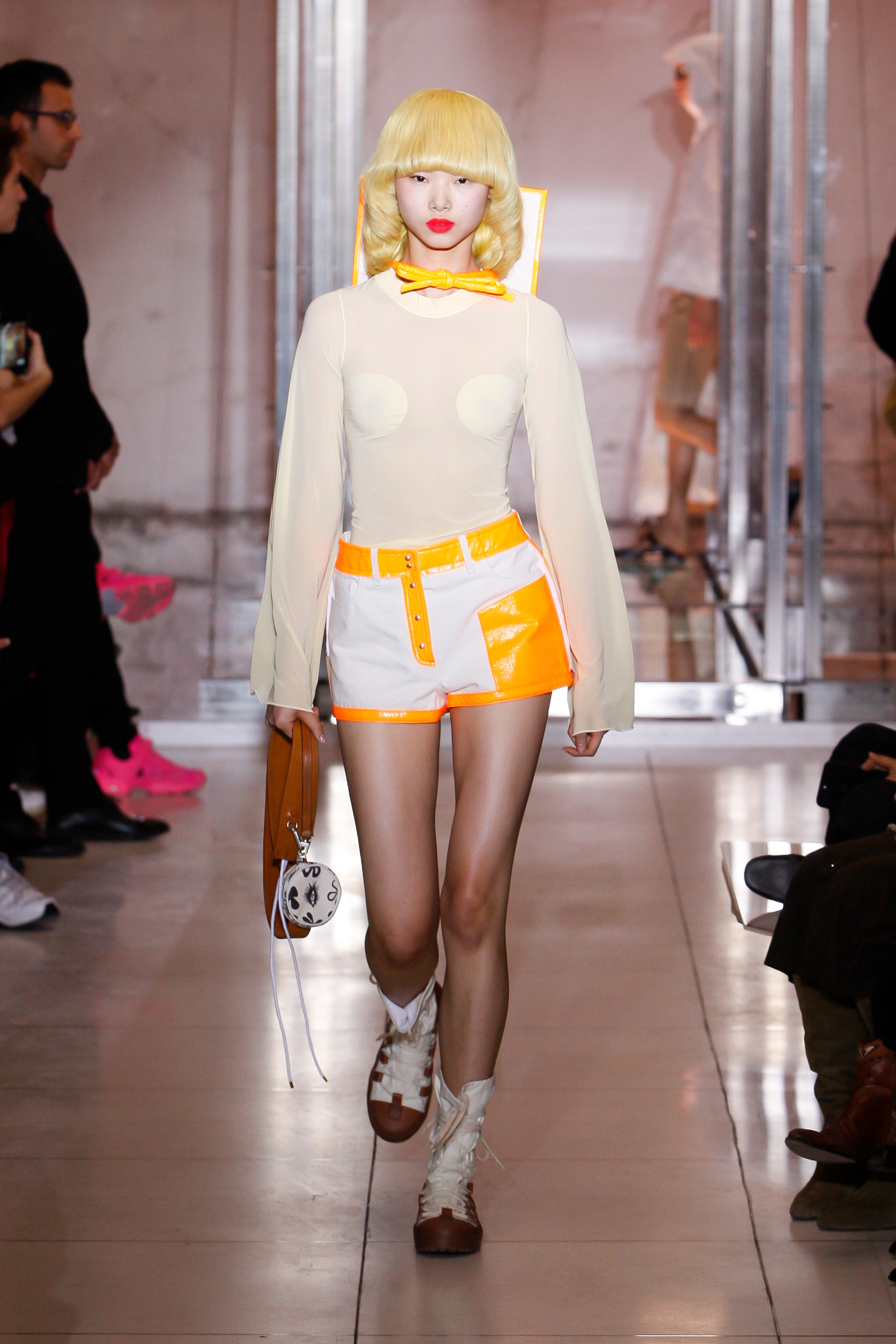 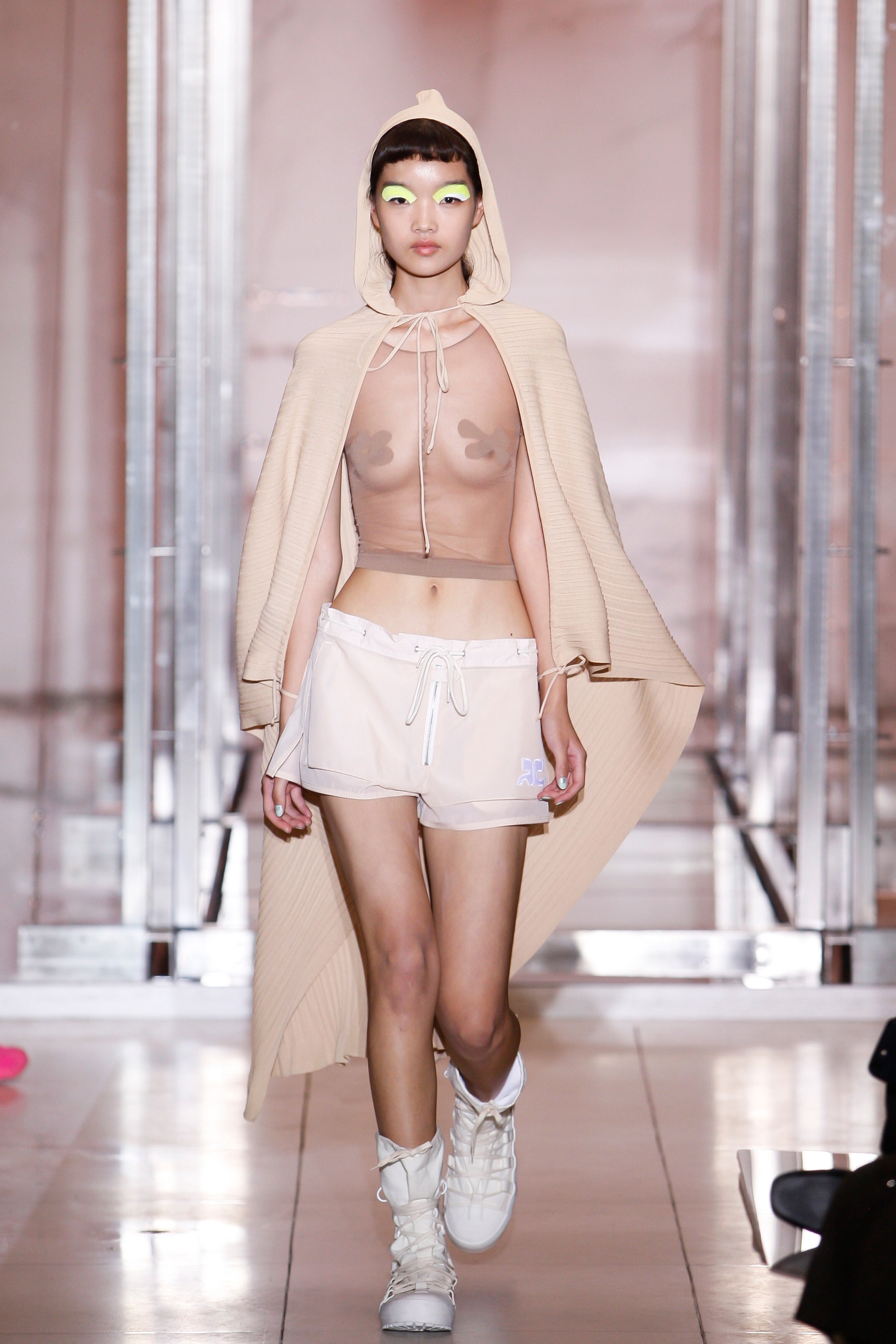 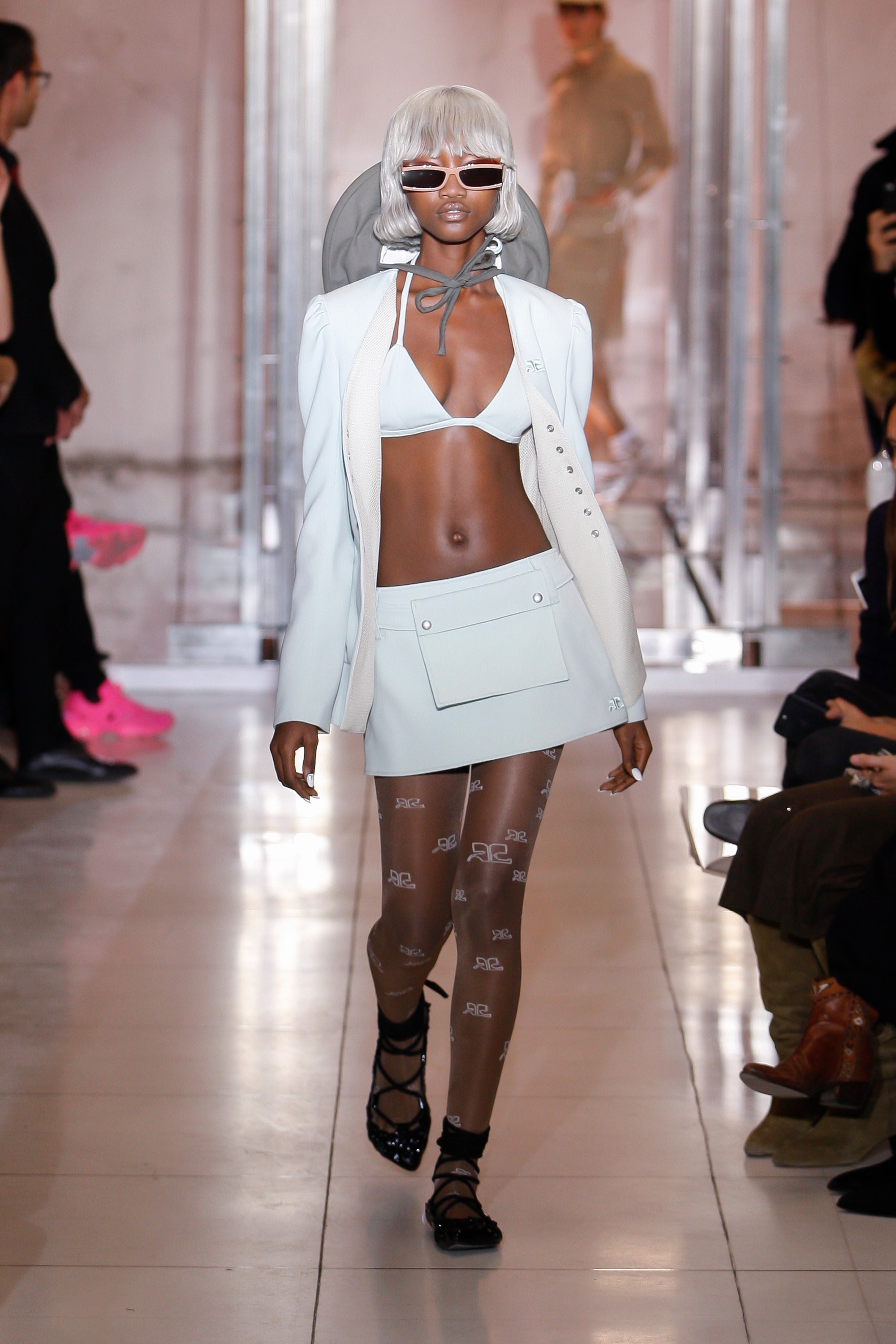 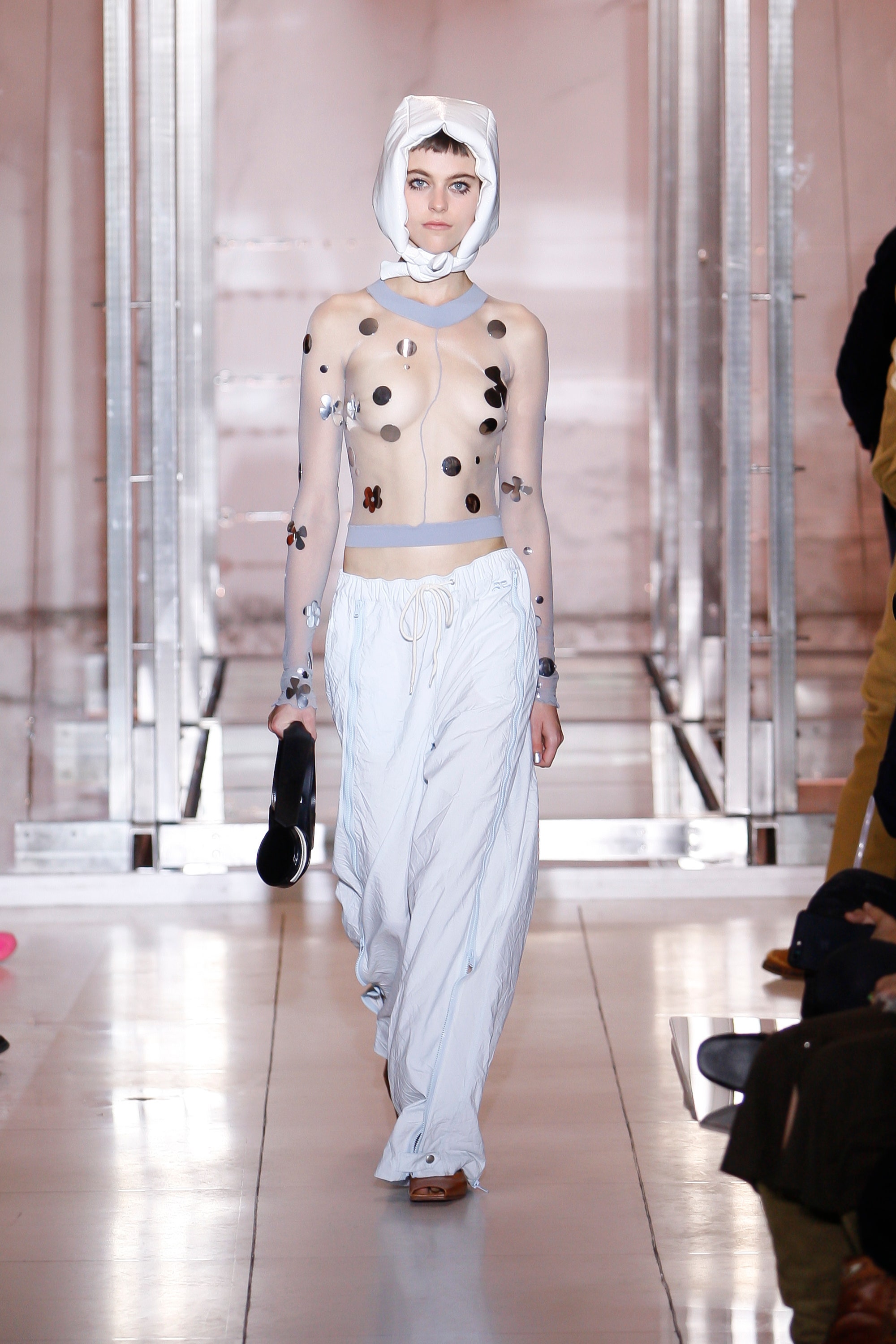 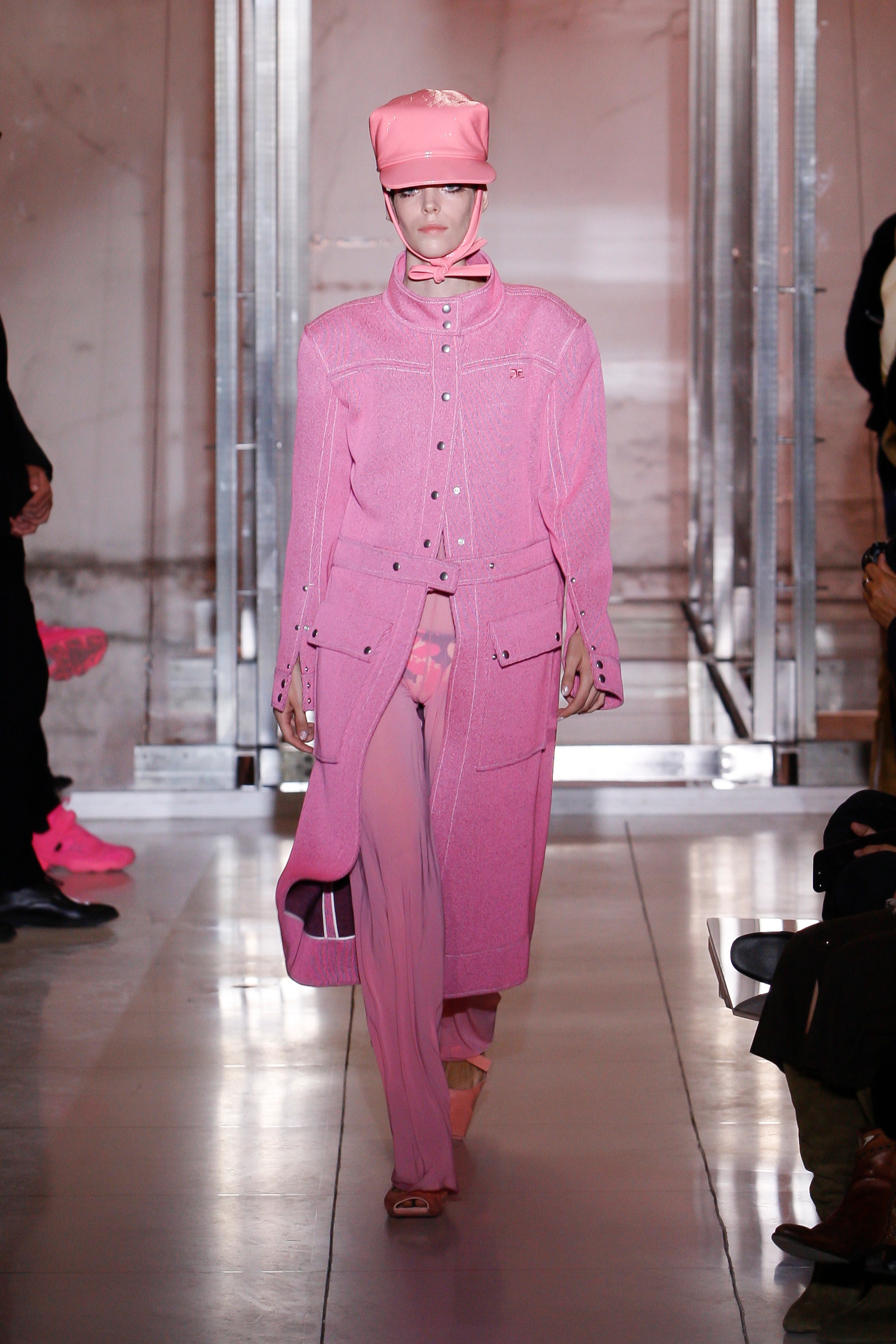 While there is a lot here that is likely to be popular, there is equally as much that deserves to be ignored. We can accept that from an initial outing, especially when one considered the degree to which the label has been allowed to wither under previous leadership. It is important to note that Zobel has the backing and verbal support of the company’s CEO. The task of remaking this brand is a long-term project that is not likely to come to complete fruition for a couple of years, and that’s only if everything goes well.

One thing is for certain: Yolanda Zobel as put Courréges back on everyone’s must-watch list for the first time in several years. Now that we’re watching, let’s hope the designer is able to follow through on her vision.